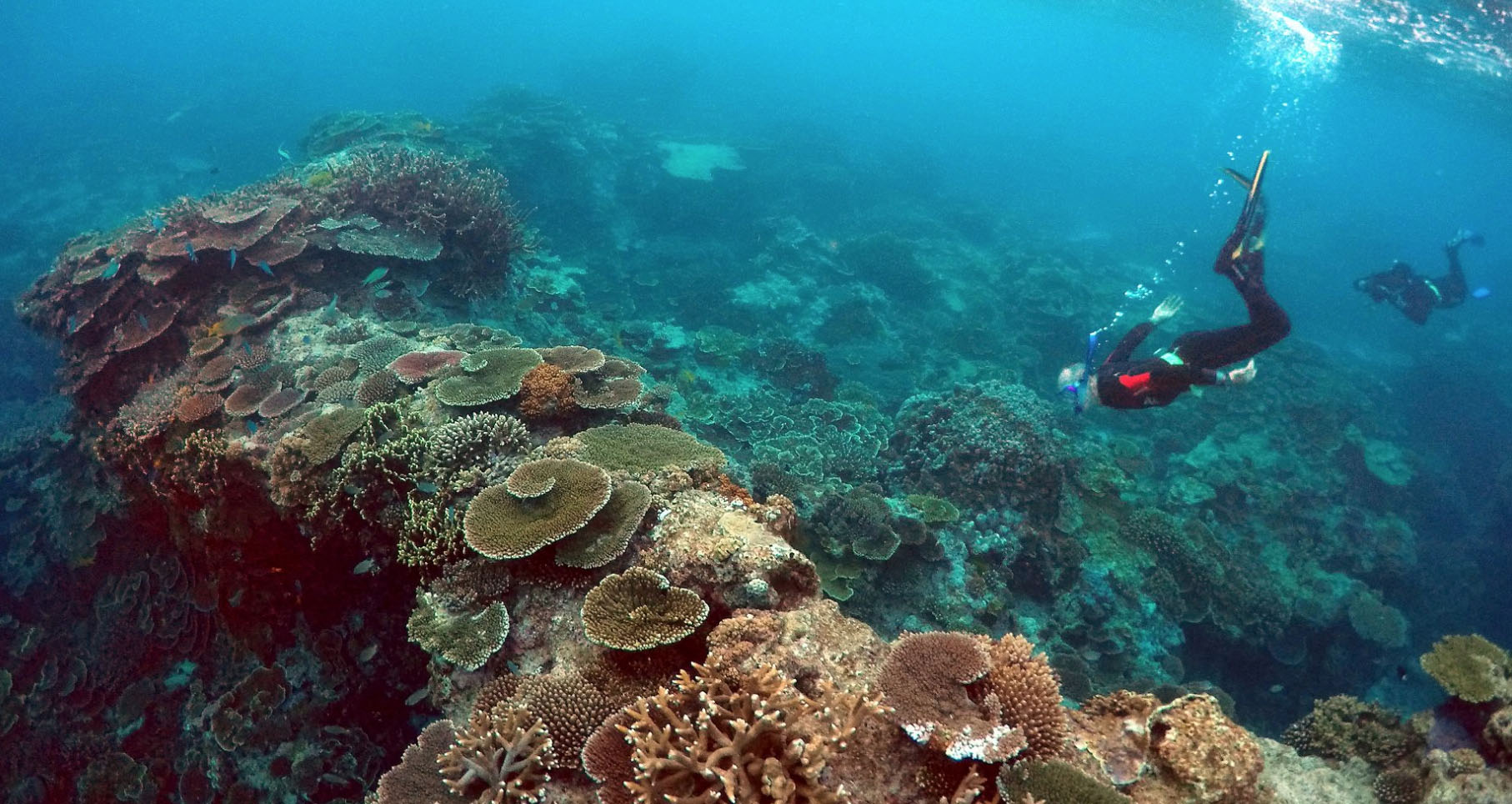 The glaring sunlight pierces through the rippling water, illuminating the underwater jungle below.

The Great Barrier Reef sways with the flow of currents as snorkelers gaze on in awe, witnessing the majesty behind the world’s largest coral reef system.

An underwater paradise in our own backyard. A jaw-dropping display of nature, beauty in its purest form.

Suddenly the sun is lost behind a cloud and darkness falls over the snorkelers, as the reef reveals its sinister battle. A fight for survival against all odds.

There are no sharks in sight, for it is not the human’s demise on hand.

Below the rippling water lies a battlefield, with an ever-growing casualty count.

The morbid smell of death engulfs the snorkelers as they explore the countless coral tombs strewn across the reef.

The Great Barrier Reef is dying.

This is no natural death. No investigation is needed to find the culprit.

“The greatest threat [to the reef] is the immense and ever-growing pressure of human activity and population growth,” Suggett tells upstart.

“If we sit back and do nothing there is absolutely no future for the reef, it’s just that simple.”

While there are a myriad of challenges we have thrown at the reef, the impact of global warming and correlating bleaching looms as its greatest threat.

The Great Barrier Reef has been hit by four mass bleachings in recorded history.

Bleaching is caused by a severe increase in water temperatures, which cause the corals to expel the algae that sustains them and turn a pale white.

Put simply, our greenhouse gas emissions are turning the reef into a graveyard of white, coral skeletons.

In 1998, the world’s oceans were hit with one of the most catastrophic mass bleaching events the globe has ever seen.

It is believed that 16 percent of the world’s reefs were destroyed in a matter of months.

“For many reefs worldwide, it took about 10 to 15 years [after the 1998 mass bleaching] for each system to fully recover,” Suggett says.

The Great Barrier Reef was then hit by another bleaching event in 2002, which affected 60 percent of the reef’s coral.

Unfortunately for one of the Seven Natural Wonders of the World, 2016 and 2017 saw back-to-back disastrous bleaching events for the Great Barrier Reef.

“We’ve lost anywhere between 30 percent and 50 percent of all coral … and we are only just seeing the full effects of the mortality from the 2017 bleaching,” says Suggett.

The impact of global warming and climate change on the reef have reached the point of undeniable.

Unfortunately for the reef, many people will continue to deny the undeniable when livelihood and revenue are on the line.

Tourism on the Great Barrier Reef brings in six billion dollars annually for the Gold Coast economy. On top of that, 60 to 70 thousand jobs are created simply by the reef’s existence.

Many tourism companies are too scared to voice their opinion on the issue, worried about the implications of media exposure on their industry.

Tourism operator of Eye to Eye Marine Encounters, John Rumney has broken the ranks and been vocal with his concerns for the health of the reef.

“The increased surface temperature of the water is killing significant amounts of coral on the reef,” Rumney tells upstart.

“Will the reef survive, absolutely it will … but probably not as we know it now and we will have played a role in the extinction of countless corals and species.”

Rumney believes that the media exposure about the reef’s health is crucial to its long-term survival, even though the often sensationalist media reports may cause a short-term hit to the industry.

“I believe that there is a commercial advantage for saving the reef, for tourism, food security and the Australian economy, but it’s also incredibly important for community … sharing the reef with people and family is much more than just making a living,” says Rumney.

“Take off your vested interested hats and try to analyse this problem objectively … I have spent my life on the reef and have seen the health of the reef decline.”

The future of the reef lies largely in the government’s hands, which is alarming considering their recent stance on the issue.

There is no mention of Australia in the final copy of the 2016 United Nations report on climate change and world heritage sites.

The draft versions featured the health of the Great Barrier Reef, before the Australian Department of Environment intervened and had all mentions of the reef removed from the report.

We are home to the largest coral reef in the world, and yet we were the only continent on the planet not mentioned.

Suggett believes that the government needs to stand up and act as a voice for change and hope surrounding the reef.

“The government has to empower us to solve the issue … and that means being transparent about the impact of the threats themselves,” says Suggett.

“We need government support for our voice, in terms of being a unanimous nation on the issue.”

Strong government support would be the first step on the road to recovery for the reef.

While the situation on the Great Barrier Reef may seem dire, Rumney believes there is still hope for the future.

“Every time we give nature a chance, it bounces back. So, we can regain a healthy coral reef by just trying. It’s not a hopeless situation.”

Despite the bleaching and the weight of the human population, the Great Barrier Reef is still an incredible eco-system, an underwater paradise.

We put the reef into its mess. We created the graveyard of coral skeleton and we filled the water with the smell of death.

The least we can do now is help it fight back.