With climate change so prominent, the world is looking to make steel carbon-neutral 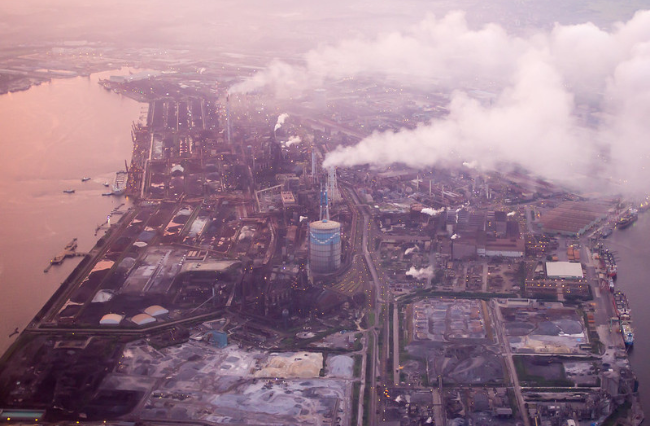 In every house, in every car, in every hospital, in every train and every plane, there is steel. For centuries steel has been absolutely critical to a functioning global society. Along with concrete, it’s become one of the foundational building blocks to every city in the world.

To create steel, iron ore needs to be mined out of the ground where it will contain other elements such as oxygen. Metallurgical coal must also be mined whereafter it’s burned with the iron ore. The coal contains carbon which strips the unwanted elements from the iron ore and releases them in the form of carbon dioxide.

From an ecological perspective, this is where it all goes wrong.

Steel is one of the most used materials in the world and every time it is created, there is an abundance of carbon being released into the atmosphere. As a result, steel manufacturing is responsible for approximately eight percent of all carbon emissions globally, according to Director of Research for the School of Engineering at Swinburne University, Professor Geoffrey Brooks.

And the world is using steel more than ever before.

Putting it into perspective, data from 2019 shows that 63 million tonnes of aluminium per year is produced, making it the second highest created metal. In comparison, 1.8 billion tonnes of steel is manufactured per year. The demand will only increase too, with countries like China and India rapidly developing in numerous of cities the size of Melbourne.

This is where green steel comes in.

The concept of green steel is to produce the material while limiting carbon emissions. According to Tom Quinn, head of policy and research at Beyond Zero Emissions, steel can be produced with water as the only by-product.

“The most viable way to produce green steel is through green hydrogen. It’s a similar process. You’re using hydrogen, combusting it in there with the ore and the hydrogen strips the oxygen off the iron and so you’ve got pure iron,” he tells upstart.

“Obviously if you’re combining the oxygen with the hydrogen, you’re producing water and as an off-gas that’s great, you’re not producing anything.”

This process is already a proven method when creating steel, in fact there’s already a company with a hydrogen steel plant. HYBRIT is a Swedish company devoted to reducing carbon emissions. The technology they use “has the potential to reduce Sweden’s total carbon dioxide emissions by at least ten percent”.

It’s an impressive and ground-breaking solution, but it’s also an expensive one.

Cost is the major roadblock when steel manufacturers and governments consider the change from metallurgical coal.

Prof Brooks says that cost is a multi-faceted issue for green steel, making the transition a complicated one.

“Think about how much stuff is made from steel, if you put the price of steel up by 10 percent, you’ll see a flow on everywhere,” he tells upstart.

Prof Brooks says that the steel industry wants to merely adjust the steel-making process so that the hydrogen elements can be introduced without having to create a whole new system.

“What people are trying to do [to reduce cost] is find a way to bring in hydrogen without throwing away the whole flowsheet,” he says.

While these attempts to reduce the cost of the transition are somewhat effective, the amount of hydrogen we produce from green sources needs to increase “30-fold” according to Professor Brooks, meaning huge investment in renewable energy just to produce the required amount of hydrogen.

“People estimate that the price of green hydrogen would raise the price of steel by about 30 to 50 percent,” he says.

While the current numbers are a blow to the hip pocket, the production of green hydrogen is only increasing, and it is plausible to believe that it’s price will decrease and therefore so will the price of green steel.

There is also not a lot of room for complacency according to Quinn. With the evolving nature of climate change, he says the time to transition is now.

“It comes down to emissions basically, according to the IPCC (Intergovernmental Panel on Climate Change) we need to be reducing carbon emissions globally by around 7.5 percent globally per year for the next 10 years,” he says.

“We need to put the shoulder to the wheel in every single sector, we’ve got the technological solutions, it’s just a matter of rolling them out and getting the efficiencies of scale and cost kicking into these new industrial processes.”

Australia’s role in the global shift from metallurgical coal is significant. According to Quinn, we are currently the world’s largest seaborne exporter of iron ore, producing around 50 percent. We also mine and export a vast amount of metallurgical coal.

Conversely, we are also able to produce a lot of hydrogen and have a huge capacity to create renewable energy. Quinn believes that the combination of all these factors means that Australia could become a global hub for steelmaking in the future.

“It will start to make a lot more sense for us to start turning that iron ore into steel here and what that means is that rather than steel working jobs being produced overseas, we could actually bring back a very strong viable steelmaking sector in Australia,” he says.

To encourage Australian companies to move away from metallurgical coal, Professor Brooks believes the government will need to place high taxes on the production of non-renewable steel.

“We’ll see a transition towards green steel around the world and the countries that are still using a lot of carbon, I’m predicting that there will be tariffs or some disincentive to buy that steel,” he says.

The steel industry is currently at a crossroads and Australia is driving the train.

Green steel production is there for the taking and Australia has all the resources and the capacity to manufacture it to an industrial level. It would create a vast number of jobs, and while it will be expensive to begin with, if it’s produced locally, the cost will reduce for Australians.

There is still plenty of work to do though and many experts say that with every day of inaction, the carbon emissions produced by steelmaking will only grow.

Ben Hann is a third year Bachelor of Media and Communications (Sports Journalism) student at La Trobe University. You can follow him on Twitter @BenHann6.

Photo: Kimitsu Iron Works by y.gangden is available HERE and is used under a creative commons licence. This photo has not been modified.