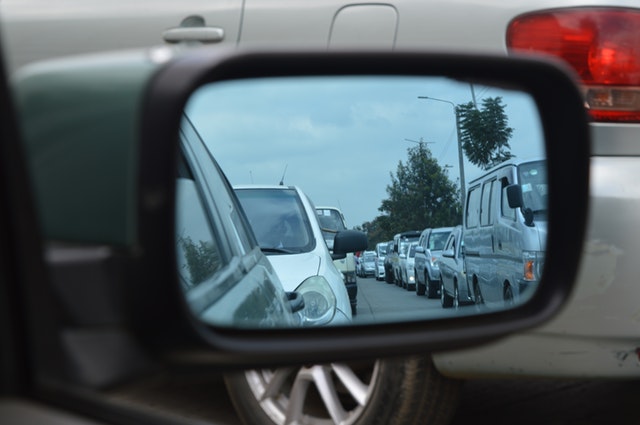 Melbourne is no longer the horse-drawn carriage city that it was many moons ago.  Instead it is now a maze of roads and public transport networks featuring you in the centre, quickly losing your temper as you sit in your car hoping that the traffic will ease soon.

And don’t start to think that the traffic is about to calm, either.

It’s hardly likely to when, over the past year Victoria’s population has grown by an extra 144,357 people.  This is the largest population growth experienced in Australia last year.

According to demographer Bernard Salt, Melbourne’s population is likely to reach 5 million by 2021, taking over as Australia’s most populous city.

These figures mean one thing for car-reliant Melburnians: more roadwork.

Dr David Nichols, senior lecturer in Urban Planning at the University of Melbourne, says that to ease the effects of a growing population, the government must prepare for the future. This is something he believes isn’t being done with enough foresight. 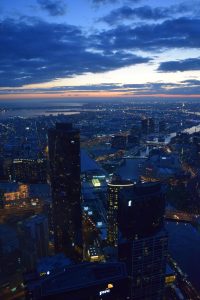 Photo by Aditya Banerjee from Pexels

“There have been all kinds of plans for Melbourne that have tried to anticipate that kind of growth and deal with it, none of them have really done it,” Dr Nichols said.

While government and councils are scrambling to create commuter networks, he believes they are not considering the long-term.

“It’s a cliché to talk about band-aid solutions, but that’s what they are in a way,” Dr Nichols said.

While planners try to solve the problem at government level, Melbourne residents are experiencing traffic delays and frustration.

And many of the two thirds of Australians who prefer driving to work have taken to social media to express their disgust, using the hashtag #melbournetraffic.

One Twitter user was irritated by his extended daily journey.

“I want to thank @VicRoads for my 65 minute commute from Clifton Hill to Docklands (9km) this morning.  Four unconnected roadwork diversions in a row.  Seriously can’t you work with the other authorities to coordinate this sh—,” said @Chrisjamesonau.

Another Twitter user has also expressed her frustrations about a recent improvement, directing her tweet to Vic Roads.

“You really stuffed up with the on ramp at Moreland road – adding 40 minutes to our daily commute,” said @SnoopAlicious

This raises the question: Is this a case of short-term pain for long-term gain?

“[It’s] not a little bit of pain for long term gain, it’s irritation and inconvenience, and the long-term gain is much, much less than we could have if someone was willing to make those big decisions,” he said.

“When you don’t have strong planning bodies, and you don’t have that capacity to make big changes it’s going to end up effecting the desirability of the city.”

On the other hand, councillor for the Grimshaw Ward, Rick Garotti, believes that the current roadwork will be worthwhile.

“Generally, it is improving morale as residents can see the longer-term improvements associated with the works,” he said.

While some are focusing on the problem, others are pointing to solutions.

Infrastructure Victoria are implementing the Melbourne Activity-Based Model which is a new data-crunching technique for road usage.

“What’s unique about our model is that it actually integrates all of this data into something that hasn’t been done before,” CEO Michael Masson told Royal Auto.

“We’re awash with data. It’s about turning that information into intelligence.”

This model looks to revolutionise Melbourne by informing exactly how our roads are being used.  It will attempt to provide options with how heavy traffic can be eased, maybe with a pay system for peak times or making other lifestyle choices more accessible.

Councillor Garotti has also suggested that considering Melbourne’s growth at 125,000 people per annum—double that of a city like Hobart—greater investment in roadwork and public transport is needed. 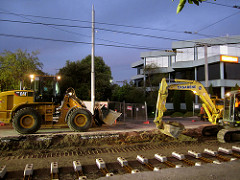 These statistics, combined with Melbourne’s reliance on road networks is likely to create a confusing concoction for town planners. However, Dr Nichols and Cr Garotti agree that decentralisation is another solution. Decentralisation refers to moving large organisations out of the CBD, such as universities.

“The challenge for policy makers is to deliver continued infrastructure upgrades that support a growing population and endeavour to decentralise population growth into our regions,” Garotti said.

Melburnians must now find patience as further roadwork and infrastructure will inevitably be built to cater for demand.

While Cr Garotti points out that the lived experience for many Melburnians is higher housing and lifestyle costs, as well as greater traffic and congestion, at the end of the day population growth will make Melbourne a bigger global player.

“Population growth is the major driver of our economy with overseas migration a crucial source of new skills, ideas and global connections,” he said.

Laura Misale is a first year Media and Communications (journalism) student. You can follow her on Twitter @lauramisale