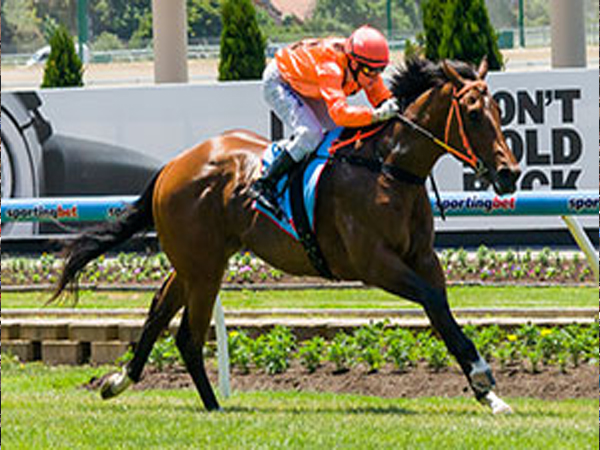 Champion mare Black Caviar made it 23 straight wins on Saturday, taking out the 1000m Group 1 Lightning Stakes named in her honour.

But there’s another unbeaten girl racing at Caulfield this weekend that will hope to keep her record just as clean.

Trainer Daniel Clarken drew barrier 1 at this morning’s barrier draw, which should provide some questions, with her preference to sit midfield in the trip.

It will be the case of David verse three Goliaths, trainers David Hayes, Peter Moody and Peter Snowden sharing 10 of the 16 runners.

Miracles of Life however is Clarken’s only hope for group 1 glory, but recent wins suggest she has the talent to take home the rock.

After her debut trial at Gawler, winning by six lengths, the 2yo filly swamped her rivals by 5.4L in her maiden victory on the park track at Morphetville.

She was even more dominant in her second start, cruising to victory by 9L before making the trip down to Victoria to win her third straight race by 4.3L in the fillies preview.

But her step up to wroup level will be her biggest challenge, with the country’s best two-year-olds all clashing at once.

Snowden has three chances in the race, with Guelph, the other horse sharing favouritism, his best chance.

The filly has raced three times for two wins and a second, as well as trialling well for two wins.

Metastasio is another Snowden runner, going into Saturday’s race with two wins from two starts.

Of the other chances, Moody has Thermal Current who has shown a lot of late closing speed, and should be in the finish if the race is run at a hot tempo.

David Hayes’s best bet is Gregers, a maiden winner on debut at Moonee Valley earlier this month. Her run proved more impressive on Saturday, with the third place getter from that race, Casquets, winning at Flemington.

Casquets, trained my Mark Kavanagh, will also run in the Blue Diamond.

And of the colts, The Bowler looks well placed for Tony Vasil. He has had one start for a second, and should improve from that run.

But all eyes will be on the filly from South Australia as she tries to win her fourth consecutive race and her first group win.

TIPS: Miracles of Life, from Thermal Current, The Bowler and Guelph.

Damien Ractliffe is a Bachelor of Journalism graduate from La Trobe University. He is currently working as a producer at Radio Sport National, and runs a racing page at www.facebook.com/TalkoftheTrack.