Op shops are increasing their prices. 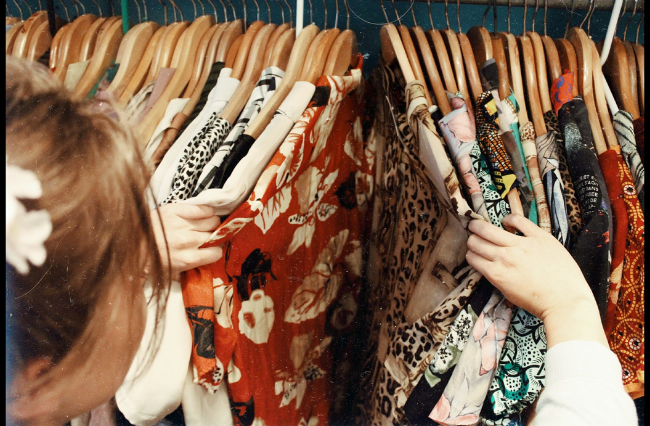 In a clothes-obsessed world where four seasons have turned into 52 thanks to fast fashion, the idea of op-shopping has transformed from a niche hobby to a way of keeping up with trends without breaking the bank. But what happens when resellers infiltrate op shops making clothing items less affordable for the community?

Over the last few years, the second-hand and resale industry has grown rapidly. According to thredUP, the fast-growing industry is currently worth $36.2 billion and is expected to hit $82.9 billion by 2024.

The emergence of online reselling platforms such as Depop has contributed to the popularisation of op-shopping, especially among Gen Z. According to Depop founder Simon Beckerman and CEO Maria Raga, who were speaking at Melbourne’s 2021 Australian Fashion Summit, one in four Australians between the age of 15-25 are on the second-hand fashion online marketplace.

Along with the rise of these platforms comes the trend of reselling op shop finds, in turn causing an ongoing debate regarding the ethicality of the practice.

Op-shopper Ria Chhina didn’t start op-shopping until she moved to Melbourne last year, but has noticed how expensive the practice has become. She believes this defeats the shops’ purpose.

“I feel like the op shops have been infiltrated by resellers and they are ripping people off with the so-called vintage pieces they’re reselling online for twice or even thrice the price … they’re also taking items away from people who genuinely need it,” she tells upstart.

Chhina isn’t the only one who has voiced her criticism over the gentrification of op shops. As a slow fashion stylist, Jenna Flood advocates for sustainable and ethical clothing consumption, encouraging people to buy second-hand items or rent garments rather than buying cheap, fast fashion pieces. However, despite having also noticed the price increase, she believes calling reselling thrift finds unethical is a “blanket statement”.

“On one hand, I’ve noticed that the attitude and approach have changed … and I see that the prices are getting too much, too. But on the other hand, these shops are still a business that’s dependent on someone else buying the goods.”

The reality is second-hand clothes stores have unseen costs and they spend a lot of money in getting rid of donations that don’t make it out to the floor. According to Clean Up Australia, only 15 percent of the clothes that go to charity are being resold while the others are either sent to landfill or developing nations overseas. With 6,000kg of textiles being dumped in Australian landfills every 10 minutes, Flood sees reselling as a way to uphold the circularity of fashion.

“The resellers are preventing someone from buying fast fashion and those items from ending up in landfill … and the shops are also gaining profits from their purchase, which is exactly what the stores need to keep running and support the local charity,” she says.

Flood, who also works at a consignment store Mutual Muse, also says the process of curating donated items needs to be valued as it is “not easy” and “time-consuming”.

“It’s not just about nit-picking the quality and life span of the clothes, but it’s also about forecasting trends and figuring out whether the items have a resale value … and that takes a lot of knowledge and expertise,” she says.

Flood says it’s hard to single-handedly blame resellers for the rising prices as there are a lot of contributing factors such as inflation, rent, employees’ wages and other operational costs. But that doesn’t rule out the possible role resellers have played in causing second-hand stores to see a market opportunity because of their high demand.

“I think the way to ethically approach thrifting is to consider who else shops at the stores and ask yourself whether you’re doing it for pleasure or because it’s a necessity. Because your intention affects the kind of items you’re looking for.”

Photo: Person holding assorted clothes in wooden hanger by Becca McHaffie available HERE and used under a Creative Commons Attribution. The image has not been modified.