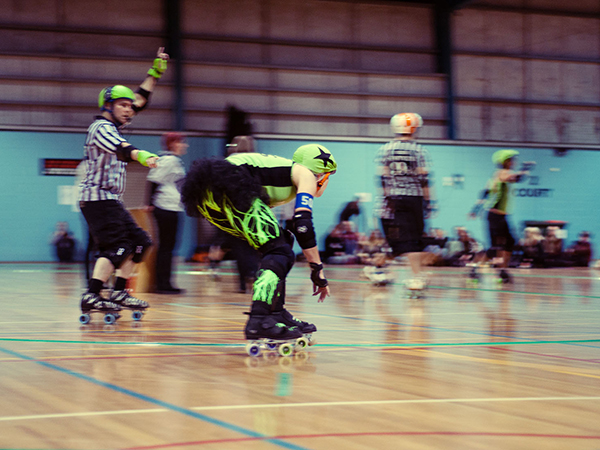 The sport of roller derby is certainly like no other – combining colourful outfits, player pseudonyms and a group of girls willing to play rough.

However, it hasn’t always been that way. What began in Chicago in 1935 has developed into a contact sport played by two teams of five members roller-skating around a track.

For those unfamiliar, game play consists of a series of short jams in which both teams designate a scoring player (the jammer) who scores points by lapping members of the opposing team.

The teams attempt to assist their own jammer while hindering the opposing jammer ­– in effect playing both offense and defence simultaneously.

Just like the original sport, the sudden explosion in roller derby’s popularity has centred on women-only leagues. There are countless leagues in Melbourne, with varying degrees of success.

While the world of roller derby remains quite a mystery to the majority of Melbournians, it is a sport that has consumed quite a few dedicated skaters.

Gilli Pepper from the Dead Ringer Rosies has been skating for roughly five years and has only recently returned from the US after competing with the VRDL All Stars travel team.

“Initially it’s a hobby that you think you’re going to do part time, but it’s a crazy out of control train ride and you can’t help but get sucked in to it,” she said.

While Gilli Pepper is one of the more established players, the addictive nature of the sport affects almost everyone that gets involved.

Quick Brown Fox from the Rock Mobsters has only been skating for two years and she said it didn’t take her long to get hooked.

“Everyone that gets involved gets very hooked and it sort of just takes over your life a bit.”

Both of these skaters play with the Victorian Roller Derby League (VRDL). Founded in Melbourne at the start of 2007, it is the only Australian league to be internationally recognised by the WFTDA.

Quick Brown Fox said the VRDL was always the league she intended to join.

“I’m really competitive so this is the most competitive league,” she said. “I thought if I was playing with the best hopefully they will help me not get injured but also just to push me personally.”

One element that stands out about roller derby is that although it is a team sport, the individual component appears just as important.

Upon entering a roller derby league, players get the chance to assign themselves a derby name and number. The number can be any combination of digits as long as it’s unique within the team. The name, however, is much more complicated.

A player’s derby name is designed to reflect both their personality as well as the way they play – and it cannot be the same as another derby player worldwide.

“There’s an international register so you don’t want to have a name that’s close or the same as anyone else internationally,” said Quick Brown Fox. “You never get to pick your own name growing up as a kid, so it’s a big decision settling on a name.”

For the VRDL, what began as a handful of dedicated skaters has now expanded to include four home teams and two travel teams. 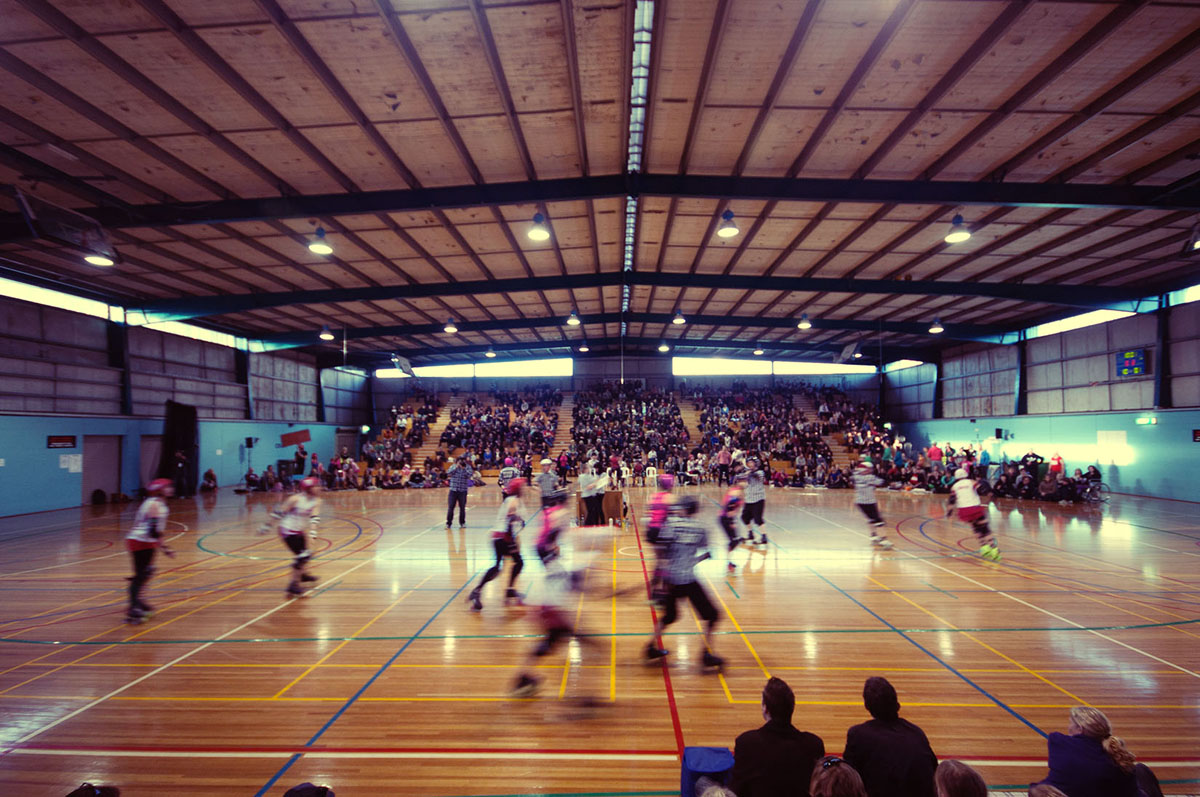 On Sunday, all four of the home teams were in action, as the Dead Ringer Rosies battled it out against the Rock Mobsters, followed by The Dolls of Hazzard competing against the Toxic Avengers.

It was my first time witnessing roller derby in person, and I was pleasantly surprised by how much I liked it. Entering the Darebin Sports Centre, it was clear that roller derby had evolved into something much bigger than I had imagined.

There were merchandise stalls, fans dressed in team colours and people crowding into the arena to see the players warm up.

The first game saw the Rock Mobsters annihilate the Dead Ringer Rosies, with the second bout between The Dolls of Hazzard and the Toxic Avengers allowing for a much closer game.

Both Gilli Pepper and Quick Brown Fox say it is the competitive nature and full-contact element of the sport that attracted them to roller derby.

“If you asked me how competitive I am, I’d say on a scale of one to ten, I’m an eleven,” said Quick Brown Fox.

So how does one get involved in such an underground sport?

Gilli Pepper said her beginnings in roller derby came from meeting a group of women at bar and Quick Brown Fox says she has the 2009 roller derby film Whip It to thank for getting her involved in the game.

“I definitely think [Whip It] has something to do with it,” said Quick Brown Fox. “I think it’s a sport that empowers women, so I think it’s just something that as people find out about there’s definitely an intrigue with it.”