Heidelberg United dare to dream on their chances in the FFA Cup. 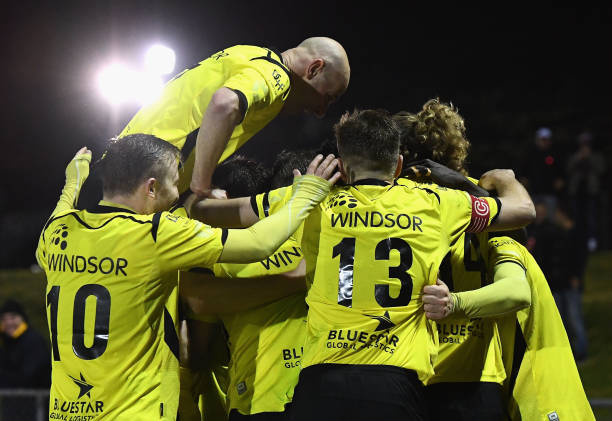 Australians love an underdog story. It’s a narrative that sports fans hold dear. The little battler team fighting and triumphing against all odds, performances like that rarely go unappreciated.

Affectionately referred to as the ‘Bergers’ and part of the National Premier Leagues Victoria (NPL), Heidelberg have successfully put their club on the map ahead of their do-or-die clash in the FFA cup, garnering unprecedented levels of interest.

The FFA Cup is Australia’s main knockout competition, and provides the chance for clubs from the A-League, as well as clubs from lower divisions (such as the National Premier Leagues) to square up against each other, leading to some inevitable David-vs-Goliath match ups.

The FFA Cup has a habit of producing some shocking results, laced with dramatic moments and memorable nights. This was proven as recently as May, following South Melbourne’s incredible comeback against Dandenong City, which saw four goals in the final ten minutes.

Heidelberg added to the growing list of upsets last month, defeating A-League side Perth Glory and progressing to the round of 16 in the FFA Cup.

But the biggest shock could still await them. If Heidelberg were to reach the final and miraculously win the competition, it would prove to be one of the most remarkable upsets of Australian sporting history in recent times.

Not the type of club to merely rest on their laurels and become complacent, the Bergers now eagerly await their must-win game against Sydney United on Wednesday night.

United’s senior coach, George Katsakis, believes that the team in in the ideal head space heading into Wednesday night.

“To say the least, confidence is at an all-time high.”

“We’re all looking forward to it and the challenge – and that’s the beauty of this team, we provide a challenge and get up for it. That’s been our trademark for the year – roll up the sleeves and grind out a result,” said Katsakis.

Should Heidelberg ‘grind out’ another result, they would progress to the quarter finals of the competition, providing the prospects once again of pitting the club against an A-League team.

Katsakis isn’t putting any limits on how far the club can go, either.

“Knowing that we’ve been able to achieve those goals over the last 8-10 months, we’ve put nothing beyond us.”

For a club like Heidelberg, based in the NPL, defeating an A-League powerhouse like Perth Glory is no easy feat. While the clubs share the same hallowed turf to partake in ‘the beautiful game’, that is just about where the similarities end.

“I think the gap is still quite considerable,” Windley told upstart.

“The biggest thing is obviously the professional status of the players. While A-League players are able to concentrate on being the best footballer they can be full-time, NPL players have to juggle football with full-time day jobs. It’s a hard slog for them.”

“The pitch is the great leveler and of course in a one-off game anything can happen – as we’ve seen – but over the course of a season, by all measures both on and off the pitch, the gap is still large. And of course it is, because that’s the way the system is designed at the moment”, Windley said.

According to Windley, the differing schedules of A-League clubs compared to clubs such as Heidelberg poses a big problem. While A-League clubs are beginning their season, NPL clubs are essentially winding up.

“The tables turn and now, for a lot of NPL clubs, their seasons are starting to come to a close so once they stop playing every weekend they lose that match sharpness too. Finding that balance for this competition (the FFA Cup) is hard considering the A-League and NPL operate on different schedules.”

That made Heidelberg’s victory against Perth all the more impressive, according to Windley.

“Already what they’ve done has been extraordinary. And it’s not just because they beat Perth, but it was the way they beat Perth. They dominated the Glory and if you didn’t know any better you’d have sworn it was Heidelberg that was the A-League team and not Perth” Windley said.

Of course, Heidelberg United have not always had the ‘underdog’ tag. One of the former powerhouses of Australian football, Heidelberg United is a club with a rich history. Their ‘golden era’ in the 1970s-1980s was rife with State League titles. Their name was often associated with the National Soccer League (NSL), the premier footballing competition in Australia at the time.

The club fell on hard times when it was kicked out of the NSL in 1995. The NSL underwent an overhaul which included major casualties, Heidelberg being one of them. The NSL ceased to exist less than a decade later, and the A-League was born as Australia’s new national league.

Now, the team located at the historic Olympic Village has turned the corner – becoming a successful club on-field once again, clinching the Premier’s Plate with last Sunday’s victory over Bulleen.

Given their sensational run of league form, as well as their recent slaying of Perth Glory in the cup competition, do Heidelberg United dare to dream?

With confidence soaring and momentum behind them, Katsakis firmly believes that the club can go the distance.

“How often do you see, in the FA Cup in England, a Division one or two team from the lower leagues play against one of the bigger clubs in the semi-final or in the final – it happens quite often. So the dream for us is definitely there,” said Katsakis.

“We know that we’re quite capable, and we feel (we have) a chance. We strongly and firmly believe we can go all the way in the FFA Cup, or at least get a semi-final birth.”

Windley believes the possibility of a cup win would be enormous.

“If Heidelberg – or any NPL club for that matter – won the FFA Cup it would herald a seismic shake-up of the Australian football landscape.”

“The way the Cup is set up right now, I just can’t see it happening in the foreseeable future. It’d be a struggle to even see an NPL side make it to the final. But I would love to be proven wrong and I would love to see the reaction if it does happen. It would make for a great story,” Windley said.

While the odds may be stacked against them, Heidelberg United will head into Wednesday night’s game with an abundance of belief. And you can also bet, an abundance of support.

Sam Martin is a third year Media and Communications (Sport Journalism) student. You can follow him here: @SammyyMartin5