After 40 years, cricket will no longer be shown on the Nine Network. 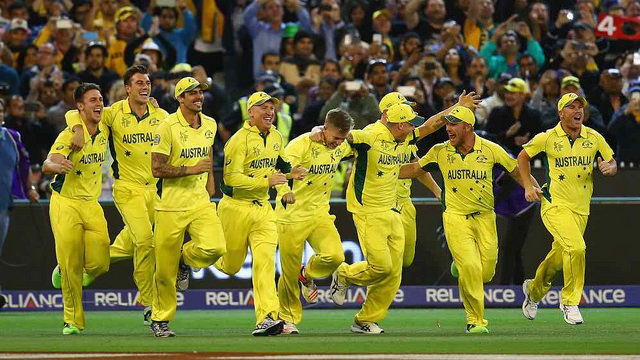 In a move that heralds a new era for cricket in Australia, particularly women’s cricket, the joint bid doubles the previous $600 million rights package with the Nine Network.

But what does the deal mean for cricket fans in a country where the free-to-air broadcasting of the sport has been synonymous with Australian summers?

Men’s test matches in Australia will now be shown by the two broadcasters simultaneously from 2019, however Channel Nine will still air the 2019 away Ashes series in the UK. The deal means Channel Nine will not broadcast Australia’s home tests for the first time in 40 years.

For the very first time, all home internationals played by Australia’s national women’s team will be shown on free-to-air. Both Seven and Fox Sports will broadcast every Australian home test match, ODI’s and T20I’s every summer for the next six years.

Both shorter formats of the game will no longer be shown on free-to-air with Foxtel securing exclusive rights. The 2019 World Cup and 2020 World T20 will still be broadcast by Channel Nine, due to pre-existing deals.

The hugely successful domestic T20 competition will be expanded to a full home and away season for the first time, with a total of 59 games to be played throughout the course of the competition. Channel Ten no longer hold the rights, with Channel Seven broadcasting 43 games, while Foxtel will show the entire season. The expanded season means the same number of free-to-air games will be shown as last season.

In another leap forward for women’s cricket, 23 of the 59 matches will be shown by both Seven and Fox Sports, while the remaining 36 matches will be live streamed on Cricket Australia’s website, cricket.com.au and the CA live app.

The JLT Sheffield Shield will be shown on television for the first time since 2013. Fox Sports will take up coverage whilst Cricket Australia will offer broadcast quality live streaming of all regular-season matches.

While details surrounding commentary and content are not yet clear, familiar voices from Channel Nine such as legendary commentator Bill Lawry, and former Australian Captain Steve Smith are rumoured to hit the airwaves amid a fresh and diverse new approach.

The new era could also see fans “be their own director” with the ability to choose a camera feed of their choice during play.

“Our thanks go to Channel Nine, who for more than 30 years have broadcast international cricket at a world-renowned standard – and in doing so have done more to promote our sport than any other organisation in Australian cricket history,” he said.