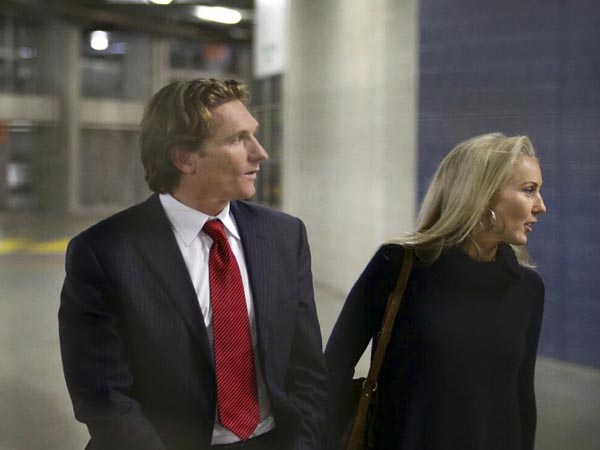 Perched atop the podium inside the media room at AFL House, Essendon chairman Paul Little adamantly declared James Hird would return to coach the Bombers once his suspension had been served, potentially for the 2014 finals.

A club statement issued late Tuesday evening reaffirmed Little’s stance: “We also confirm that at the completion of his 12 month suspension, James Hird will be welcomed back as senior coach of Essendon Football Club.”

Such loyalty towards the club’s most favourite of sons is admirable in usual circumstances, but considering the scenario Hird has spent 2013 mired in, the abovementioned loyalty degenerates into blind love.

As has been widely stated, Hird has arguably been the greatest champion to ever represent Essendon, crafting a legacy throughout his storied playing career to make even the most accomplished of players blush.

And, to reiterate the sort of statement spouted by a series of Dons’ sympathisers, it would certainly be a shame to see his career end in such an embarrassing, disgraced manner.

But, simply put, Hird should not return to Essendon in any capacity.

It is undeniably unfortunate to see his presence in the sport end in this manner, but the prospect of his return will only reopen the wounds of this saga.

Throughout the press conferences given Tuesday, and the entire seven-month span on this episode, we have heard from all corners of the footballing world how this is the darkest day in the code’s history.

I heard reporters utter the same narrative into smartphones and television cameras on countless occasions patiently waiting outside AFL House for too many tedious hours on Monday and Tuesday.

With that fact established, Hird’s alleged central involvement in affixing the blackest of eyes across the face of the league – while not cancelling out all his prior accomplishments – to an extent, trumps them.

However, the desperation to replant Hird a top his pedestal, literally immediately after he had been violently unseated, comes from a romantic desire inside those who align themselves with the fallen star.

During the press conference on Tuesday, prominent football journalist Mark Robinson prefaced a question to the AFL’s Andrew Demetriou and Mike Fitzpatrick by proclaiming “Hirdy’s been upset by all this”.

Well, with all due respect, Hird being upset is not really of much significance. His personal emotional state pales in comparison to the overall impact his actions that led to his suspension have had on the game. His remorse and regret counts for something, but it isn’t an excuse.

Also, by declaring Hird a walk-up return in 12 months’ time, Essendon is ignoring the potentially performance-enhanced elephant in the room.

It is still possible that the program Hird and co. implemented at Essendon could result in players being served with infraction notices from ASADA – forcing them to spend a proportionate amount of time on the sidelines.

If that were to eventuate, surely any comeback by Hird would become impossible.

Speaking after Saturday’s victory over archrival Carlton, Hird said he’d consider stepping aside if it were best for the Essendon Football Club.

And so it was to be.

But after the culmination of 48 dramatic hours at AFL HQ, it’s clear the best thing for the entire sport is for Hird to play no further role in its future.

It mightn’t be what we all want, but it’s the best medicine.