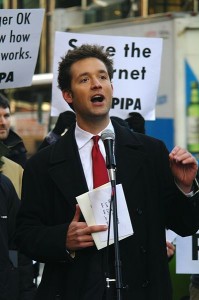 In January, ‘the blackout’ of reddit and Wikipedia in protest of the Stop Online Piracy Act (SOPA), drew mainstream media attention from around the world, and finally propelled the Internet censorship debate to the forefront of the public consciousness.

Although SOPA was to be indefinitely shelved, similar legislation emerged quickly thereafter, and it became clear that although the battle had been won, the war was just beginning. All present signs suggest the fight for a free and open Internet will be a lengthy and arduous process.

Despite the blackouts, rallies and mounting public backlash against legally enforced Internet censorship, a resolution appears no closer. After the defeat of SOPA, the online community watched in dismay as it was swiftly replaced by the political Hydra with similar legislation, in the form of multinational treaty The Anti-Counterfeiting Trade Agreement (ACTA) and the Cyber Intelligence Sharing and Protection Act (CISPA).

Online campaigners are now struggling to sustain the momentum of the movement; battling activist fatigue and apathy brought on by what seems to be a never ending David vs. Goliath style fight against government. Protests against new legislation have thus far failed to recreate the fervent energy that characterised the anti SOPA movement.

Now Alexis Ohanian, co-founder of social news aggregator reddit, is taking a different approach in an attempt to re-mobilise the masses; teaming up with online rights advocate, Fight for the Future to found The Internet Defence League.

According to Ohanian, the League’s hope is that ‘the online enthusiasm and organizing that helped fend off anti-piracy bills SOPA and PIPA in the U.S. Congress this year can be captured and redeployed.’

Currently supported by online bigwigs including Imgur, WordPress and Cheezburger, members of the online community can join by registering their website, blog, Twitter or Tumblr account, and email address. Precisely what you’re signing up for is a little less clear; upon completion of registration the site presents a message thanking you for your interest and noting, ‘We’ve got huge plans and we’ll be in touch soon! In the meantime, help recruit more people for the League.’

The League expects to eventually operate as a collaborative system, which will target and identify potential threats to the Internet. When it is perceived that the Internet is ‘in danger,’ it will contact members and ask them to ‘broadcast an action,’ such as contacting politicians or utilising social media to campaign against the source of the threat. Codes that can be embedded into personal websites and blogs will also be sent to members via email.

Ohanian says The League alerts will act ‘like an emergency broadcast system — or a “bat signal” for the Internet—cueing activist sites to swoop in and save someone in distress like Batman would.’ (The Leagues logo features not a bat, but a cat; perhaps the universally recognised symbol and unofficial mascot of the Internet – think Lolcats, cute photos of felines and online video of kittens). 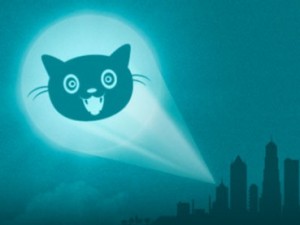 By combining the reach of websites and social networks, the League hopes to operate more effectively than any single organisation in driving the campaign for a free and open Internet.

Response to the concept has so far been mixed. reddit user Ruach137 wrote, ‘This is exactly what the ‘net centred generation needs. Throughout history, any time a group’s (workers, minorities, etc) rights have been threatened, they have had to come together to do something about it. It is always hard at first, but as legislators [and] leaders have tried to erode liberties, these groups started to form solid identities and improved the speed and capability of their political organization.’

Yet even amongst reddit’s own community, there is wariness regarding The League’s potential for success. User Kitanata pointed out the possible limitations of a strategy that essentially relies on armchair activism, noting, ‘There is only one way that this is going to work out long term and that is if the bat signal is a rare occasion…I’m not going to embed code on my site unless there is a direct and clear threat to the internet. If it turns into a petty petition driver then many people are going to get fed up and take it out, completely defeating the entire purpose.’

Is an Internet Defence League the best way to protect our online rights? Will you be signing up? Have your say below.

Alyce Hogg is studying a Bachelor of Journalism with Honours. You can follow her on Twitter: @alycehogg.