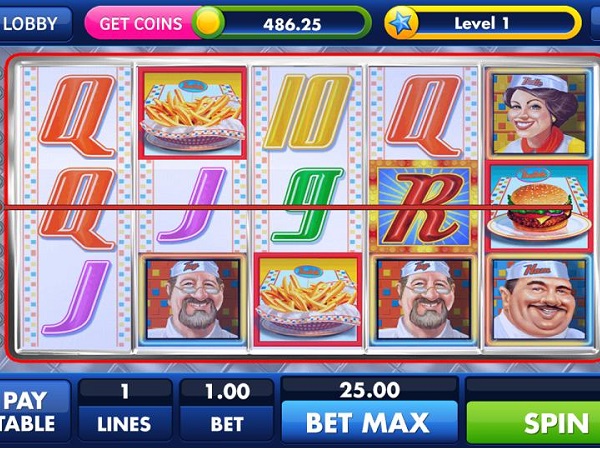 New apps are pushing the boundaries of the law and as a result, the future of gambling regulation in Australia is facing some tough odds.

It is illegal for a person under the age of 18 to walk into a casino or gaming room but entering a virtual one is as easy as searching ‘gamble’ in the app store.

Apps such as “Poker by Zynga” and “Slots by Jackpotjoy” are rated for ages 12+ in their description, but are free to download to any account.

Of greater concern is the fact that gambling is being incorporated into regular games that most parents would presume are child friendly.

Associate Professor Paul Delfabbro from Adelaide University has studied the impact gambling and risk-taking can have on children.

“In ‘The Simpsons’ game, kids as young as five will play it. In that, the currency is donuts and you can go to Apu’s corner store to buy virtual scratchies and spend a $20 iTunes card in a few minutes,” he says.

“So it’s not treated as gambling because it doesn’t involve true monetary prizes but $20 being spent pretty quickly is the typical amount that a poker machine player will spend in a session.”

The prevalence of gambling – in sport, on TV and across social media – has led to the normalisation of gambling and, according to the Australian Medical Association (AMA), it has accelerated the growth of gambling problems among younger people.

A report by the AMA found: “Young people are at a heightened risk of developing problems with gambling and the earlier the onset of gambling behaviour, the more likely problem gambling will result and continue into adulthood.”

Children are gaining access to tablets, smartphones and the Internet at a younger age and exposure to games that may seem harmless only worsens the problem.

It could be argued that gambling is just a part of our culture and that it is not a real issue. However, in comparison to similarly developed countries, Australians are much keener to roll the dice.

Although gambling in the US is illegal and subsequently hard to measure accurately, the University of Sydney has found that Australians spend over $18 billion per annum on all forms of gambling or $1500 per capita. This amount is considerably higher compared to other countries.

Additionally, the most recent government inquiry into gambling estimates that there are 115,000 adults who are considered problem gamblers and 280,000 who are at moderate risk.

With gambling becoming more diverse and accessible, it’s time for Australia to address the problem before it gets out of hand.

Delfabbro says the stakes are high enough for South Australia to start planning how to tackle the issue.

“We had a meeting with the premier of South Australia and he was worrying about these sorts of games because they are slipping beneath the radar a bit.”

“So kids, in effect, can engage in a sort of simulated pseudo gambling which are not subject to any of the current regulations. It will be very hard to regulate, which again, we are looking into legal advice on at the moment.”

The South Australian Government is not the only one with concerns. Large companies are starting to realise the potential harm these apps can cause.

“Some of the major providers such as Apple – and also I think Google Plus – have recently recognised the potential high level of gambling content in a number of apps that are being put out there. So they have actually built some guidelines around these sorts of applications,” says Delfabbro.

While the issue of gambling in social media is relatively new, faster and easier access to the Internet offers the potential for the problem to rapidly grow out of control – if it hasn’t already done so.

While the government and providers should already be taking steps to see what kind of regulation is possible, parents and guardians need to be aware of the risks too.

Just because a game looks child friendly, doesn’t mean it is.

Image: Screenshot of ‘Slots by Jackpotjoy’

Tahlia McPherson is a third-year Bachelor of Journalism student at the La Trobe University and is one of upstart’s staff writers. You can follow her on Twitter @TahliaMcPherson