A woman has died after a hit and run in Melbourne's South East. 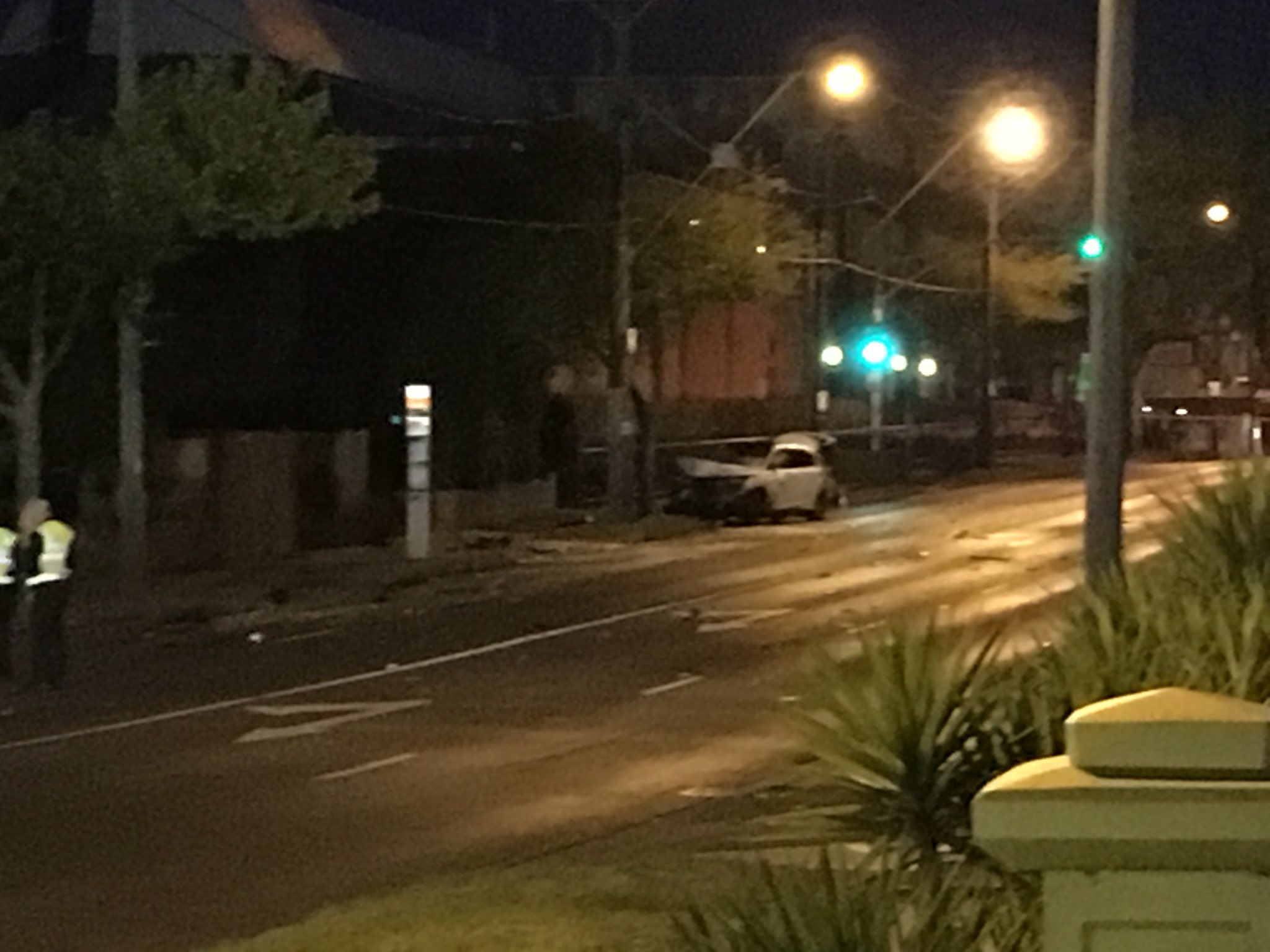 A woman has died after she was hit by a man driving a stolen car in Melbourne’s South East on Monday night.

Police are still on the hunt for the man who fled the scene in Oakleigh after the stolen Lexus he was driving collided with the woman’s Toyota hatchback.

Police say the 53-year-old Murrembeena woman was turning right onto Barkly St off Warrigal Rd when she was struck.

Residents in the area went to help the woman, who initially survived, after they heard the the crash.

A man remains on the run following a fatal hit run crash at Oakleigh. @3AW693 pic.twitter.com/Dz3R7MW7Zj

Senior Sargent Brad McArthur of the Victorian Police described the actions of the man who fled the scene as “despicable”.

“These collisions bring out the best and the worst in people,” he told 3AW on Tuesday morning.

“We’ve had people who made valiant attempts to save the life of a poor woman who was killed in this crash.

“Then we’ve got the worst when somebody leaves the scene of a crash with no concern for anybody but themselves.”

Multiple calls were made to police reporting the Lexus was speeding and running red lights in Chadstone at 9:00pm Monday evening, but Police were unable to locate it.

The owner of a nearby business, who asked to remain anonymous, told the Herald Sun one of his employees alerted the authorities after they heard the crash.

“They were out the back, heard a massive bang and came out the front to see what had happened,” he said.

“It was a horrific sight to see. Both cars ended up really far away from where the crash happened.

“One of them would have had to be travelling really fast to knock them that far.”

Sniffer dogs were unable to locate the man after the incident, however forensic evidence was left in the vehicle.

Police described the suspect as 181 cm tall, caucasian, aged in his 20s or 30s, with short, dark and thick hair, and overweight with stocky legs.

“There’s no doubt in my mind we’ll eventually find out who this guy is,” said Sargent McArthur.

“This guy needs to realise the game is up. He needs to go down to the police station and make himself known to police.”

Police are urging witnesses of the accident to come forward with information.