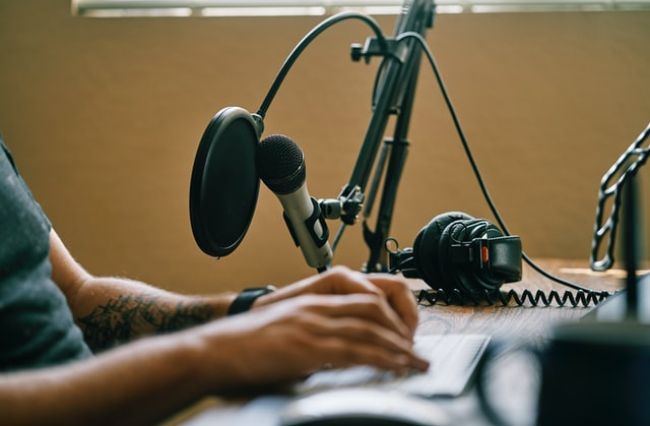 One evening, bored out of my mind while browsing through my socials on my phone, I randomly decided to make a TikTok account. I was expecting to find the most unremarkable cut-and-paste content, at best. After a few scrolls, I found my expectations lowered even more.

Here was a 20-second promo video by hosts of the No Filter podcast showing three guys, sitting at a table, talking. While it was different from the repetitive dancing and uncannily energetic TikToks that I had seen so far, it was what they had to say that stood out.

“If my wife lets herself go after I have kids with her, I’m gonna tell her once, if you don’t get your shit together… I’m out,” said one of the hosts.

Before rolling my eyes and scrolling some more, I realised this wasn’t my first encounter with self-proclaimed “alpha men” on podcasts, who provide us with their commentaries on anything from NFTs to women and dating. For the last couple of years, similar content has been sneakily surfacing on my social media such as YouTube and Instagram.

Many of these podcasters align or associate themselves with the Manosphere; a network of four online men’s communities consisting of; Men’s rights activists (MRAs), the Men Going Their Own Way community (MGTOW), Pick-up artists (PUAs), and Involuntary Celibates (Incels). These online communities promote specific misogynistic beliefs and toxic ideals.

Co-host of The Zoop Podcast, Connor Scott, said he’d found out about this online phenomenon through his partner. The Zoop Podcast is also a male-dominated podcast, but it is centered around self-help and vulnerability. Scott and co-hosts Jerome Lugo and Nick Callanan, find the viral “Alpha Male” podcast clips they’ve heard quite “outrageous”.

“We’re in this social media bubble, where the more outrageous you are, the more clicks you get. And whether that’s positive or negative, it doesn’t matter because you’re getting attention”, Connor tells Upstart.

A prominent podcast in the alpha male community has been The Fresh and Fit Podcast, which claims to be “the #1 male self-improvement podcast in the world”. The podcasters were recently banned on TikTok but are still available on Spotify and have over 600,000 subscribers on YouTube.

They were recently involved in a confrontation with Instagram influencer Brittany Renner, when they were all guests on DJ Akademiks’ ‘Off the Record’ podcast. Renner confronted Fresh and Fit host Myron Gaines, about his comments on women, and the moment went viral on YouTube and Twitter.

“We’re public enemy number one, everyone hates Fresh and Fit,” said Gaines on their podcast.

“We’re not apologising. We said what we said, we’re gonna make fun of all you guys and we do not care because this podcast is a male space, f**k your feelings”.

Earlier in the month of May, Gaines made a surprise appearance on Australian radio, joining the Kyle and Jackie O Show, where he was shut down by Kyle Sandilands for saying that women, with partners, who post sexy pictures on Instagram should be considered cheaters. Another one of their misogynistic beliefs.

The accessibility of podcasting, combined with the chance to be successful, enables alpha male podcasters to utilise the outrage they produce to help build their brand.

“The purpose behind a lot of these podcasts is fame. If they, do it anonymously, then they don’t get any success from it,” says The Zoop Podcast’s Nick Callanan.

However, Associate Professor in Social and Political Sciences at Melbourne University, Lauren Rosewarne has written in-depth about the abuse of women on the internet. She says that alpha male podcasters don’t hide behind anonymity, because they see no consequences to being sexist.

“The Alpha brand necessitates that they’re not going to be beholden to the feminists, so the very existence of these podcasts means they can’t be influenced by the backlash,” she says.

Alpha male podcasters often use jargon that is common to manosphere forums in 4chan and Reddit. “Alpha”, “Beta”, “high/low-value male/female”, “simp”, and “sexual marketplace” are just some of the language that is commonly used.

Veronika Koller, founding member of the MANTRaP research project at Lancaster University, spoke to Mel Magazine on how language is used in the manosphere to degrade women online.

“How they voice their beliefs or opinions is almost always communicated in very rigid, strong statements, usually having to do with sex and gender and lots of comparisons of men and women,” Koller tells Mel Magazine.

“It’s never ‘sometimes women are like that’, it’s always ‘all women are always like that, full stop’. That rigidity matters just as much as the vocabulary,” she says.

Dozens of male-dominated lifestyle and self-help podcasts have emerged in the past few years, parroting toxic and misogynistic beliefs.

Rosewarne says that online male-dominated communities centered around things like relationships tend to attract men who feel disenfranchised and distant about their place in the modern world.

“It could be men who feel that way because they haven’t been successful in the dating game, or their girlfriend dumped them, or their wife left them or took custody of the kids, or they’re unemployed. Whatever reason they feel less than in this culture, leads them to these communities where they feel an element of solidarity,” she says.

Owen Catto hosts the men’s mental health podcast; Working With Warriors, which is targeted towards men living in rural Australia. While he views alpha male podcasts as “men clowning around”, he is concerned that men may be turning to toxic content if they suppress their emotions.

“When us blokes are vulnerable and we don’t own up to it, we tend to self-medicate. A lot of people think that self-medication is through sex, drugs, and rock and roll, but I think it’s [self-medication] actually through not talking about stuff,” Catto says.

Lauren Rosewarne says that while women are already more inclined to be open with each other, men are also improving in that regard.

“Men are getting better at it, but there’s still this culture that this isn’t really what men do,” she says.

There has been a recent backlash to the noticeable rise of alpha male podcasts. Memes have helped popularise this backlash with women at the forefront of the trend, some parodying the podcasters by putting on a beard filter and talking into make-shift mics.

Elsa Lakew, a TikTok creator behind the alpha male podcast meme trend, spoke up about why she thinks this movement is currently so big. She makes a connection to other major human rights movements, and how people have responded to social change in the past.

“We are seeing this shift in terms of our social and economic standing, and men are trying to use all of this very bravado-esque, alpha-male podcasting as a way to instill fear in women and try to keep them at the same status that they’ve always been,” said Lakew on TikTok.

Owen Catto feels that more men should also be openly critical of the behaviour displayed in alpha male podcasts.

“We, the average bloke, have to be able to stand up and call that out. That’s where we’ve got a long way to go.”

Author: Sunehra Ahmed is a second year Bachelor of Media and Communications (Journalism) student at La Trobe University. You can follow her on Twitter @SunehraAhmed1

Photo: person and microphone on microphone stand by Keith Pitts available HERE and used under a Creative Commons licence. The photo has not been modified.