With the federal election called for May 18, do you know who you’re voting for? 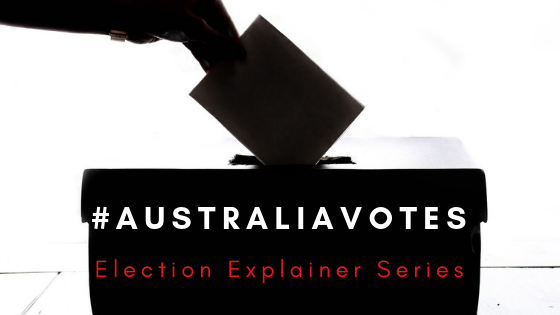 With the federal election set for 18 May this year, some of us are taking a high interest in campaign updates, while others don’t really seem to care.

How do we decide which party to vote for? What influences our vote? What do we find important when voting?

I grew up in a household where one parent was a Labor voter and the other supported the Liberals. My father always tried to influence me to vote for his preferred party, while my mother was happy to sit back and allow me to make my own decision.

I am someone who will vote for whichever party I feel is going to best benefit myself in the short and long term future, and am not influenced by others. I prefer to research the information on my own, learning through news articles and televised press conferences, as it is an individual decision you must decide on.

I have used the ABC’s voting compass tool, and I find it extremely beneficial. For this election, the ABC provides you with thirty proposals from Labor, Liberal, The Greens, and One Nation. You are then asked if you agree or disagree with each.

Based on your responses, you are shown which party’s policies best align with your views, as a guide to which of them to support at the election.

For first time voters who have never really taken an interest in politics, who influences them and what do they want to see from their government?

How does a 18-year-old take an interest in what some describe as boring old men on the ABC who argue in a room at 2pm every day?

The common conclusion for a majority of the younger generation is that politics is “boring”.

I spoke with multiple 18-year-olds who will vote for the first time on 18 May, and almost all of them were unsure how to vote correctly, with most admitting they didn’t even know who was the leader of each party.

Many said they would likely go to their parents for information, with some saying they would take an interest if it was easier to access information on what each party was proposing.

For those who have voted once or twice before, the common consensus is that once you understand how to vote, it is very straightforward, however confusing it is at first.

One individual that I spoke with struck me with some of her comments.

She is a 19-year-old nursing-paramedics student, and said she votes based on what her parents say, as well as who she thinks will have the most positive effect on Australia.

“I vote based on a mixture of what my parents say and the person I think will do the least damage”.

She mentioned she turns the TV off when anything to do with politics is on.

As someone who has only voted once, she found the procedure ‘weird and complicated’, and believed it could be a lot more straightforward.

This younger age bracket is particularly concerned with climate change, and is looking to vote for any party that is willing to make a positive difference to our environment.

Nearly all of those I spoke to between the ages of 18 to 22 told me they were voting for any party that was willing to make a difference in regards to climate change.

Voting for what best benefits you across all age groups is the common take. As expected, people are looking to vote for anything that is going to benefit their everyday lives.

A 21-year-old law student I spoke with admitted that politics isn’t of high interest to him, however, as a young adult he acknowledged it is vital for him to know the issues, and that it would create a negative effect on him and his country if he were to ignore what is going on in parliament.

“It would be naïve to ignore the current political climate as a young adult, things such as the Greens’ proposal to cut university fees and heavily fight climate change are two things that I feel strongly about, and I feel inclined to vote for what I believe in.”

I spoke with a 56-year-old male who has stuck with the Labor party since the 1980s.

The reason he has been so loyal to the Labor Party is because when he was in his 20’s, he believed mistakes were made by the Liberal government and he didn’t want to risk those mistakes being made again.

He said the Labor government has had stronger leaders, for example, Paul Keating’s powerful presence in parliament in the 1980s and 90s.

He added that the Liberal government doesn’t ever seem to change anything.

Some people don’t take an interest in politics as they feel whoever is elected won’t make a difference, and that Australia doesn’t seem to progress no matter who is in charge.

The general consensus for 18-year-olds is they simply have no concern for the election. They feel that politics is boring.

If we made politics more interesting and appealing to the younger generation, would they take a genuine interest? But so far no one seems to know how to do that.

In the past, newspapers used to be linked to specific government parties, therefore media outlets are known to be partisan, that is, either left or right-wing.

This partisan media environment continues today, News Corp Australia being an obvious example. It oversees media outlets such as Sky News, The Herald Sun, The Australian, The Daily Telegraph and news.com.au.

Before last year’s change of Prime Minister, New Corp’s anchors were overtly biased against Malcolm Turnbull. This posture was directed by owners Rupert and Lachlan Murdoch, who wanted Turnbull removed.

It is generally accepted that an understanding of politics is acquired as you age, as if young people don’t have a stake in our society, and aren’t heavily affected by government policies.

It is impossible for the younger generation to help move Australia forward without an understanding of what is going on in our political landscape.

Based on my conversations, our younger generation is happy to switch between parties, and aren’t bothered if they are voting for different parties at each election.

People follow their own interests, and how they think each government’s proposed policies will aid them going forward.

Our first-time voters are highly likely to listen to their parents and vote in the same way.

It seems as though our older generation are always going to loyally stick to their preferred party. Much like a team they support.

And our younger generation?

They don’t seem to want or need a team.