Have you noticed how much your screen time has escalated since being in lockdown? You are not alone. 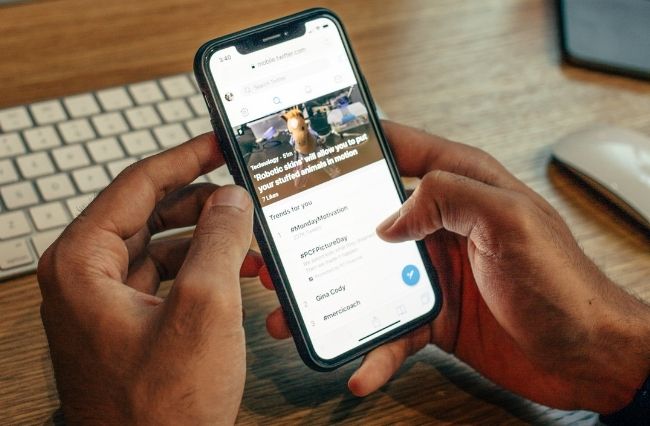 Since the start of lockdown, have you found yourself more prone to mindlessly scrolling through social media? Perhaps you’ve noticed that your screen time reports are increasing on a daily basis. If this sounds like you, you may find comfort in knowing that you’re certainly not alone.

The release of the new Netflix docudrama The Social Dilemma, has got even more people thinking about their social media use after the film exposed possible ethical problems within the tech industry. Many former employees spoke out about the link between mental health and social media use, with the film also revealing that social media’s success hinges on our basic biological need to connect with other people.

COVID-19 has forced millions of people to stay home and be rid of their usual day-to-day routines where they could connect with people on a physical level. Due to this, many have resorted to an elevated use of social media outlets and other media services to fill their spare time. The Australian Bureau of Statistics (ABS) reported that three in five Australians agreed that they spent more time in front of a screen during the pandemic, compared to pre-COVID-19 times.

With the high rate in mind, Behavioural Neuroscientist Dr Lucia Kelleher explains that there’s a psychological reason as to why we resort to social media, among other things, to cope with the change caused by the unprecedented nature of the situation we are in.

“What is happening from a physiological perspective is that our brain actually operates on a spectrum of arousal. Arousal means it’s the stress response in the brain, so our brains are reacting to both our internal and external environments all the time,” Kelleher told upstart.

Prior to the pandemic, Kelleher believes that it was likely people had a handle on their screen time because it was only one segment of many. However, with additional time on our hands, screen time has taken up a much larger space of our day in order to fill the void.

“It’s the fact that you’re not able to mix up your space with both mental and physical things and the physical aspect is the key to solving this. Suddenly you’ve got all this time in your mental space and you don’t know how else to distract yourself, so you scroll and scroll and when you do that your awareness goes out the window.”

While such habits may seem impossible to control, there are ways to beat the urge to pick up your phone. Kelleher says it’s all about awareness when it comes to controlling how you use your device.

“Clench your fists and dig your nails into your palms or get up and stand on one foot… the action pulls you straight out of your mind,” she said.

While it is important to regain control of the physical aspects of life, Kelleher reminds us that “these things need practice and won’t happen without awareness”.

For those who work in the social media industry, the increase in screen time for their audiences has had repercussions on the level of work they’ve had to produce to keep up with consumer demand.

Content Creator and Social Media Consultant Jessica Alizzi is someone who spends a significant amount of time on social media to get her content out to her followers. In a period where everyone is at home and on their phones, Alizzi feels under “immense pressure” to create more content than ever before.

“I was so aware that everyone’s on their phones constantly, so you feel like you need to be pushing content to your audience as much as possible and my screen time which is already high because of my job, went up tenfold,” Alizzi told upstart.

It took her a few weeks before Alizzi became fully aware of the escalated time she spent scrolling and immediately put in a plan to combat it.

“My job is to post my content and engage with my followers, that does not take nine hours a day. You just get that overwhelming sense of negativity and anxiety because you’ve just wasted all this time, so I took steps to fix that for myself.”

If developing self-awareness appears to be too tough of a task, Alizzi has her own recommendations when it comes to avoiding a high percentage in screen time:

Alizzi’s final tip is that if you do choose to spend time on social media, “make sure you are following people that spread positivity and make you feel good about yourself”.

Dr Lucia Kelleher also echoed that social media is not always a bad place to be and to be aware that isolation has caused a huge reduction in all the noise.

“Get some of that noise back into your life and practice those physical techniques to get you away from your phone. But if you are to go on your phone, find your niche, find the pages and sites that fill your cup rather than make you feel exhausted,” she said.

Article: Sruti is in the final year of her Journalism degree at La Trobe University. You can follow her on Twitter @srutii19

Photo: Person holding iPhone by Charles Deluvio available HERE and used under a Creative Commons Attribution. The image has not been modified.