From judge-only trials to digital communication, our justice system has swiftly enacted a number of temporary changes to overcome the challenges set by the pandemic. 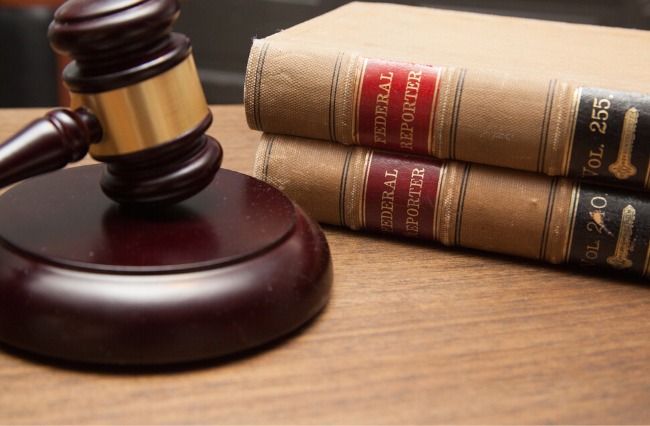 The Victorian Government has introduced several temporary changes to its judicial system to overcome the social distancing restrictions posed by COVID-19. However, these hasty adjustments have posed challenges of their own.

Victoria’s justice system was already under enormous pressure before the pandemic. In early March, the County Court, which hears most cases, had a backlog of cases stretching to May 2021. The system was strained even further when jury trials were suspended later that month to minimise the spread of the coronavirus.

Melbourne-based lawyer Glenn Cooper believes that the build-up of cases created since jury suspension is concerning, especially given the significant delays his clients were facing even before the pandemic.

“Some clients may have been waiting for a year or two for their trial to be listed. They are now being told that it’s unlikely their case will be dealt with this year,” he told upstart.

“The delays have been very distressing to some clients who are seeking to have some finality to their cases.”

To overcome these delays, the Victorian Parliament passed the Omnibus Bill on 23 April 2020, which among other measures, allows for a judge-only trial, where both the prosecution and defence agree.

The decision has been met with some scepticism from the legal community, given the Constitutional right to a trial by jury at the Federal level. But Jeremy Gans, Professor at the University of Melbourne Law School, believes that this Constitutional protection is “fairly weak” when it comes to protecting the rights of the accused.

More experts have welcomed the change, which had been adopted in other states prior to the coronavirus and had been a long-term consideration for Victoria. Cooper says the move to judge-alone trials may even be advantageous in some situations.

“In some cases, where the material is of a particularly confronting nature, or if the case has attracted considerable media attention, a judge-alone trial may be a preferred option,” he said.

Prisons too have been grandly affected by the virus, and newly arriving prisoners are being quarantined in strict conditions. According to Cooper, these restrictions can make it difficult for him to provide services to his clients and for prisoners to exercise their rights.

“In some cases, clients have been kept in custody for a number of days prior to being able to speak properly with a lawyer and make a bail application,” he said.

There is also a strong preference from prisons that lawyers communicate with their clients only via phone or video link to minimise person-to-person contact. However, Glenn Cooper says this approach has problems of its own.

“The increased demand for video links has made it difficult to speak with clients in custody. In some cases, it has taken a week or more to secure a link to a prison to obtain instructions or advise a client what is happening with their case,” he said.

And it’s not only the prisons who are shifting to electronic communication. The courts have also introduced WebEx hearings, a video-conferencing software where the more serious and urgent cases are being heard.

While this shift may be easing some delays, it can also be challenging for the more vulnerable clients in the system. Cooper says this is especially true when the first time he sees his client is via video-link in court.

“If there’s any sort of language difficulties, or people who are unwell who have serious mental health issues, certainly, if they’ve got any extra challenges, it makes it more difficult,” he said.

Despite these changes being introduced as temporary, Jeremy Gans believes that there is long-term potential, with the option for additional measures so that courts can be prepared in the event of another pandemic.

“It’s likely that many of the changes – especially the shift to audio-visual appearances and evidence – will become permanent,” he said.

Cooper agrees and says that a permanent shift to hearings via WebEx may increase access to justice, especially to those in remote areas. However, he believes it should be reserved for simpler, procedural hearings such as adjournments.

“For the more significant hearings, if you’re a person in custody and you’ve got a trial that will go for a reasonable amount of time then you want to be there, you want to engage with the court, see the judge and speak with your lawyer for them to take instructions,” he said.

“In my view, video-links should not be a permanent fixture for significant hearings.”

Despite the challenges that have come with some of the responses to the pandemic, Cooper says the long-term implications for the justice system are positive.

“It has shown the capacity for the system to adapt quickly to changing circumstances.”

Article: Madeline Donis is a second-year Media and Communications (Journalism) student at La Trobe University. You can follow her on Twitter @MadelineDonis1

Photo: Court Gavel – Judge’s Gavel – Courtroom by wp paarz available HERE and used under a Creative Commons Attribution. The image has been resized.