Some communities have closed during lockdowns while others have managed to adapt online. 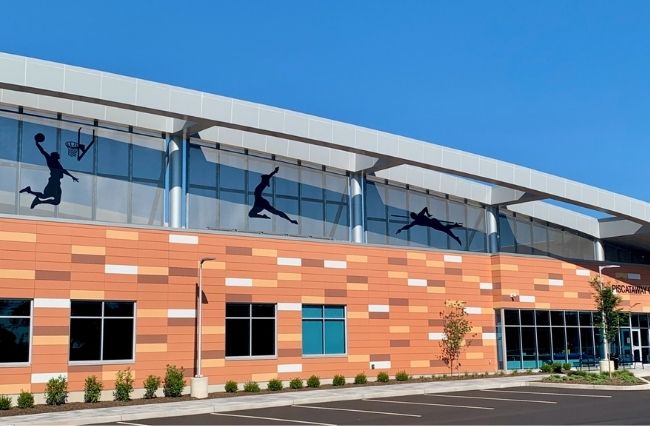 We all remember participating in community activities back in school. The grind of staying back after classes to create a show-stopping theatre and dance performance or getting up early on the weekends to score the winning goal for our team. Today, the young are greeted every morning with isolation and online learning.

In Australia, youth activities are being forced to shut down or operate through Zoom making the situation hard to mitigate. This has had an isolating effect, says Kergen Angel, program director for the YMCA Victoria Youth Parliament and Youth Press Gallery.

“I think that’s something that’s been impacted by isolation. Young people have carried the burden of being disconnected from their communities,” he tells upstart.

Dr Justen O’Connor, a researcher in sport and physical education at Monash University, tells upstart that lockdowns have stripped people’s ability to feel like they belong, to engage in physical health and interact as social animals.

“The mechanism that we use to protect people’s health from the virus is the same mechanism that keeps people away from each other. So, we have this conundrum where those things we used to seek, to get that sense of belonging and community, are now being taken away impacting people in different ways,” he says.

Despite lockdowns keeping communities physically apart, people have been finding other ways to fill in their time. Dr O’Connor says it will be interesting to see how this situation will impact formal sport participation numbers in the coming years.

“We could be creating new habits. People could be thinking they don’t need to join a sporting club because they’ve been able to fill that gap in other ways,” he says. “Sporting clubs have been doing it pretty tough and finding it hard to get players to come back.”

The disruptions to their previous routines and lifestyles may have been irreversibly changed says Dr O’Connor. This could have an impact on traditional community activities.

“Young people, once they’ve been taken out of that system, may not want to re-engage,” he says. “This gives them a pretty good excuse not to go back. So, if you were already thinking ‘I don’t know if I want to play sport or not’ you might probably not go.”

However, despite young people not having access to these programs, Dr O’Connor says young people are still quite resilient. He compared it to Aaron Antonovsky’s research about holocaust survivors, which showed how victims maintained a community mindset and were able to overcome a traumatic experience better than expected.

“He went in there looking for what’s going to be wrong with these people and he ended up studying what was right with them and they were able to bounce back and show really strong signs of social cohesion,” he says.

Kergen Angel says that despite experiencing a decrease in participation during the lockdowns, they were able to cope by adjusting their programs.

“We transitioned the community-based stuff that largely runs on camps into things that we call Y clubs,” he says. “We ran weekly online, workshops on different topics whether it was popular culture, books, just a coffee catch up club during lockdown and young people could attend and come along.”

The Australian Council of Social Services (ACROSS) research shows that 78 percent of workers in the child, youth and family services had a change of issues or needs due to the impact of COVID-19 on the national community sector. The changes were influenced by uncertainty in the community sector, such as education for youth. Restrictions forced students into remote learning that caused added emotional distress in the youth and their parents as certain needs that would normally be addressed at school were not being met at home.

To combat these changes and allow young people to be less anxious in a social way, 73 percent of organisations developed new ways to offer their services according to ACROSS. This includes the YMCA who provides online meetings and talent showcases over Instagram livestreams.

Angel says that lockdowns have had a strain on the youth he works with when it comes to developing an understanding of emotions and confidence in social situations, especially in their working lives.

“Young people are the majority of the casual workforce and with so many casual jobs being lost that were non-essential, that has meant so many young people have been carrying the financial burden,” he says.

“I think that our young volunteers have really been rising to the occasion. A little bit more support needs to happen from the Victorian government in supporting young people in those employment catch-up programs.”

Angel sees how young people have developed stronger connections in the community he works with despite the hardships they endured during the lockdowns. He believes these programs are beneficial in allowing the youth to exercise their need to socialise and feel connected to something greater.

“I think it would be really good to see more connection with young people into those programs. The positive impact has vastly outweighed the negative.”

Photo: Community center, Piscataway, NJ – sport silhouettes by Zeete is available HERE and used under Creative Commons Attribution. This image has not been changed or modified.

Article: Chloe Jaenicke is a second-year Bachelor of Media and Communications (Journalism) student at La Trobe University. You can follow her on Twitter @chloeejaenicke.