Athletes face many challenges post retirement, beyond the physical. 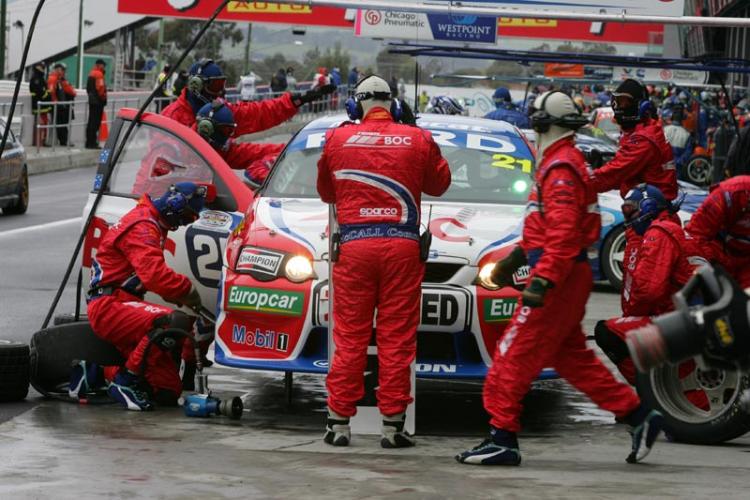 Athletes are seemingly unstoppable, doing what they love, being idolised by their fans. But what happens when all of this comes to an end?

Behind all the cheering, athletes are normal people with emotions, fears, and struggles, as sports and performance psychologist, Daniel Dymond, suggests.

Australian Motorsport Champion, John Bowe, knows first-hand about the pressures of being the best in his field.

In the lead up to, and following his retirement from professional racing, Bowe experienced an episode of depression. 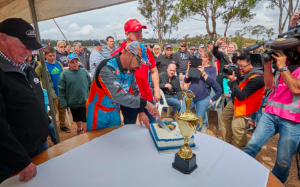 “Racing had been my whole life, so the thought of coming to the end of a 25-year career frightened me,” Bowe tells upstart.

“I went into a deep spiral of depression. It was the most horrible, debilitating thing I’ve ever had to go through.”

“At the peak of your career, you don’t think about the end.”

“It is very important to plan so it doesn’t come crashing down on you all at once.”

Dymond says there are a multitude of factors that can contribute to anxiety and depression in athletes nearing retirement.

Competitive sport is an environment all about being the best.

Having to constantly maintain a high standard of performance can elicit a fear of failure in athletes, leading to a very self-critical, perfectionist type of personality.

“When you’ve got a personality like that, no matter what area of life you live in, there’s a susceptibility to stress, anxiety and mental health issues,” Dymond says.

“When you have come to the end of your career, your identity as an athlete is being challenged.”

The sense of loss with that identity can create some struggles for athletes.

“[Sport] is such a major part of your life and a certain level of dedication and single mindedness is needed to operate at an elite level. When it suddenly stops, you don’t know what to do with yourself,” Bowe says. 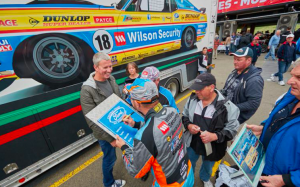 ‘Mental toughness’ is a term not everyone may fully understand.

This is something Bowe knows to be true, experiencing it himself.

“I didn’t want to appear like I had chinks in my armour so to speak. When I went to race meetings, I felt like I was an actor on Home and Away, I couldn’t show everyone how a champion of motorsport was really feeling.”

When it comes to depression, Dymond believes there is a stigma attached to seeking help, not just as an athlete, but as an individual.

“As an athlete, the stigma comes from this idea that you must be in a mentally excellent state all the time, and mental health problems can arise from thinking you need to be in this perfect state when you are actually not.”

“Life happens. It’s full of uncertainty and full of change. You should never assume that things are going to stay status quo from a mental health perspective.”

Bowe is now an ambassador for beyondblue.

If you or someone you know is experiencing depression or anxiety, please call the beyondblue support line on 1300 22 4636.

Natasha Tzikos is completing a Master of Communication (Public Relations) at La Trobe University. You can follow her here: @NatashaTzikos