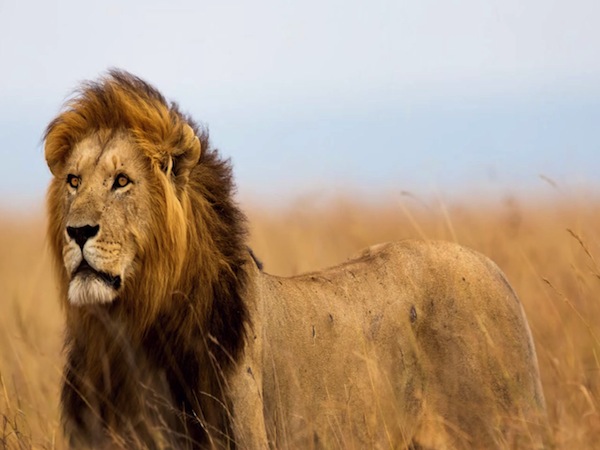 The world is furious at Walter Palmer, but will that fury inspire action?

Palmer was an average American dentist before he was identified as the killer of Zimbabwe’s beloved tourist attraction, Cecil the lion, earlier this week.

He allegedly lured the lion out of the protected Hwange National Park and onto private property where he shot it with a crossbow. Wounded, Cecil escaped but was later found by Palmer and his team who killed the lion with a rifle before beheading and skinning him.

Although hunting is legal in Africa, Claire Fryer from PETA (People for the Ethical Treatment of Animals) Australia tells upstart that Palmer’s kill was illegal.

“Hunting is a coward’s pastime,” she says. “Reportedly this dentist and his guides lured Cecil out of the park with food so as to shoot him on private property, because shooting him in the park would have been illegal. Any reasonable person would be horrified by this.”

“Cecil’s death is particularly poignant, as he leaves behind two prides containing some 24 young or female members, whom wildlife experts believe may soon come to harm without his protection.”

“PETA hopes that Palmer is extradited and has the book thrown at him.”

Palmer was identified on social media and has since been inundated with online condemnation. People want him thrown to the lions, or killed in the same way he killed Cecil. Palmer’s dental business, River Bluff Dental, has also received threats.

There are moments when humanity impresses me beyond words…and times it devastates me to no end… #RIPCecilTheLion pic.twitter.com/PsBnWaFaw7

Celebrities have also taken to social media to express their anger. Mia Farrow tweeted out Palmer’s address which was extensively shared on Twitter. Many protesters have gathered in front of his dental practice, which still remains closed.

I couldn't sleep last night thinking about this face. Let's be clear about something. There is not one cool thing about murdering a creature like this. There is not ONE. COOL. THING about sport hunting. I say this as both an animal lover and as a woman who counts time on the shooting range as one of her favorite hobbies. I say this as a human being who is so fucking appalled that a guy thought paying an insane amount of money to shoot this majestic creature in the heart and kill him was a neat way to go on vacation. People. Wake the FUCK UP. Wake up. To the loser who felt like this act would bolster his manhood? Find another way to prove that you could win a big swinging dick competition (which we all already know from your embarrassing cowardice you never could in the first place). To anyone else out there who thinks this shit is cool, do a little research on the devastating effects of poaching, not only on incredible animals but on the people who live in the communities being destroyed. And again, I implore you, wake up. This is not our planet to pillage. These creatures are not here for our enjoyment. Coexistence isn't some lofty ideal. It's the only way we are going to survive. It's the only way we are going to pull ourselves out of the trenches of our most repulsive tendencies. #Cecil #FuckPoaching #ScreamForCecil #BeOutraged

Sharon Osbourne, wife of rockstar Ozzy Osbourne, took to Twitter to ward off future clients that were thinking of visiting Palmer’s business.

#WalterPalmer is Satan. I don't know how anyone could go to this man for dental services after this. He is a killer. Beware!

But it was Ricky Gervais’ tweet that took a more sombre tone.

Gervais, a well-known advocate for animal welfare, is associated with PETA and has not been afraid to name and shame those who mistreat animals.

RIP #CecilTheLion
I'm struggling to imagine anything more beautiful than this pic.twitter.com/lile3Kb2dk

Cecil’s story is one of many and social media has become the perfect platform to share them.

The internet is so powerful, but will it actually prevent hunting and ward off poachers?

The International Union for the Conservation of Nature estimates that more than 600 lions are killed each year as a result of trophy hunting. That is approximately two per cent of Africa’s entire lion population which is currently estimated at just 30,000.

A 2011 report by the International Fund for Animal Welfare found that 64 per cent of all African lions were killed for sport between 1999 and 2008 by American hunters. They often kept “trophies” – heads and pelts – as their prize.

“Of these trophies, the number imported into the United States in 2008 was larger than any other year in the decade studied and more than twice the number in 1999,” the report said.

“These kind of trophy hunts, whether of endangered species or otherwise, are transparently devoid of any semblance of a ‘sporting’ element and conducted by unscrupulous people who stalk and kill intelligent and sensitive animals who have no chance of escape,” Fryer says.

Palmer belongs to hunting group, Safari Club International, who hails his kill as a victory for all hunters. The club’s website has an online record book for hunters to track their kills and compare with other trophy-hunters.

“You can submit your score and method of kill for any species and it will interactively show you where you would rank in the book if your entry was submitted today,” the website says.

The website also says: “If some animals are good at hunting, and others are suitable for hunting, then the Gods must clearly smile on hunting.”

But despite the amount of outrage on social media, the rising destruction of endangered species continues. Rhino poaching in South Africa broke record levels in 2015, with an 18% increase in the first four months.

According to United Nations Environment Programme (UNEP) data, elephant hunting has been steadily increasing since 2002, with the majority of wildlife poaching and trafficking shifting from Asia to Africa. 75 per cent of African elephant populations are rapidly declining, according to National Geographic.

At this point, social media’s impact on animal poaching is unclear.

“Hopefully Cecil’s death will at least raise awareness of the plight of animals around the world and perhaps encourage other hunters to shoot animals with cameras instead of guns and arrows,” Fryer said.

Cecil’s death has touched hearts across the globe. Perhaps if those posting on social media also signed a petition or donated to a conservation group, we could work towards preserving our planet’s natural treasures.

Tijan Biner is a third-year Bachelor of Journalism student at La Trobe University. She is the Culture & Lifestyle Editor for upstart. You can follow her on Twitter: @tijanb.