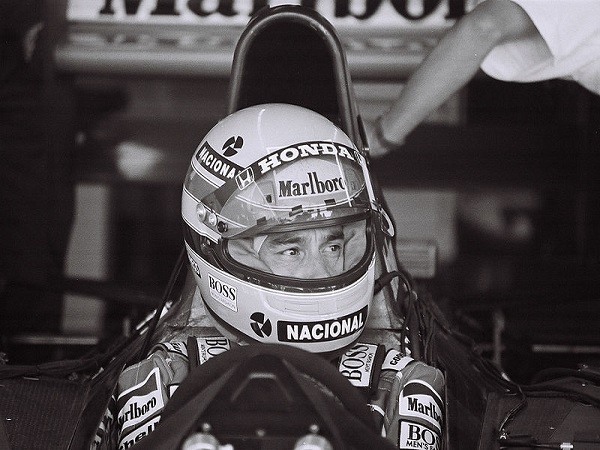 The 1994 San Marino Grand Prix at Imola will be remembered as one of the darkest events in sporting history.

The haunting images of three-time world champion Ayrton Senna slumped lifelessly in his seat after his Williams inexplicably left the circuit and ploughed into a concrete wall at the high speed Tamburello curve is something no Formula 1 fan – nor any motor sport fan for that matter – will ever forget.

Senna was a household name across the world and revered as God-like in his native Brazil due to both his incredible driving ability and philanthropic actions.

It was a massive blow to the sport. F1 had lost its shining light and biggest name. To this day nobody is exactly sure how the crash occurred.

There is a general consensus that he was killed as a result of a piece of suspension from his car cutting through his helmet and causing head trauma, but why the car left the track still remains a mystery.

There are various theories. Some say the steering column on his FW16 had failed, whilst others point to the fact that the crash occurred straight after a long safety-car period, meaning the tyres were cold and Senna simply lost control.

We’re unlikely to ever know, but what we do know is that the absurd series of events that occurred that weekend has changed the sport forever.

Sadly, Ayrton Senna was not the only driver to die at Imola that weekend.

33-year-old Austrian Roland Ratzenberger became the first driver to be killed in 12 years after his Simtek Ford lost its front wing underneath the car, causing him to veer into a barrier at 314 km/h, causing a basilar skull fracture that killed him instantly during Saturday qualifying.

In a sad turn of events, an Austrian flag was found in Ayrton Senna’s race suit in which he was presumably going to wave in honour of Ratzenberger at the end of the race.

Incredibly during the same weekend, a young Rubens Barrichello narrowly avoided a similar fate to both Senna and Ratzenberger during practice after he hit a kerb at the Variante Bassa corner at over 200km/h, launching him in the air. He hit a tyre barrier and was knocked unconscious, causing him to swallow his tongue. Luckily the medical team arrived quickly enough to save his life.

Despite the outpouring of grief, death was nothing new to Formula 1.

Before Ratzenberger’s death, there had been 30 drivers killed since the very first World Championship race at Silverstone in 1950.

During the 50s, 60s and 70s, fatalities were considered part and parcel of Grand Prix racing. But after Imola it became clear that despite the considerable dangers of the sport, the thought of a person dying in an F1 car was no longer acceptable – not to those involved in the sport, nor those who watched it.

It was Sid Watkins that saved my life in Imola 94.great guy to be with,always happy…tks for everything u have done for us drivers.RIP

The committee has been responsible for introducing most of the major safety measures that have been brought into Formula One since the fateful weekend 19 years ago.

The last 19 years have seen the introduction of collapsible steering columns, protective foam in the cockpit, as well as new crash tests for front, side and rear impact incidents. Most significantly, making the use of the Head and Neck Safety Device (HANS) compulsory for all drivers has had a profound effect on the overall safety of the sport.

Many changes to the circuits themselves have been made, such as the construction of longer run-off areas and reduced g-force corners – which protect the driver from excessive pressure on the body as they can feel up to as much as five times their own body weight being pushed upon them through corners and braking zones.

Although at times fans might feel that the relentless pursuit for safety can sometimes take away from the spectacle of the sport, the prevention of needless injuries and deaths should always be the number one priority.

The difficulty for those who run Formula 1 is that they must keep the sport safe for drivers, officials and fans, in an environment where human beings are in control of machinery capable of reaching great speeds in a short period of time.

Accidents happen and always will happen – it’s the nature of the game. However, the additional safety features mean that massive crashes such as Robert Kubica’s at Montreal in 2007 and Felipe Massa’s at Hungaroring in 2009 are now survivable, which simply would not have been the case in the Senna era or any in any era before it.

It would be wrong to say that the safety changes have been a complete success though. In the early part of the last decade, volunteer officials Graham Beveridge and Paolo Gislimberti were both killed by stray wheels at the Australian and Italian Grand Prix’s respectively.

But, like Senna and Ratzenberger before them, their deaths were not completely in vain.

Track fences were then reconfigured so that marshals and fans were protected from large debris such as wheels or bigger parts of bodywork in case of a major accident.

Thankfully, nobody has been killed at a Grand Prix event since, which is a testament to those such as Professor Sid Watkins who have been at the forefront of making the sport safer for all.