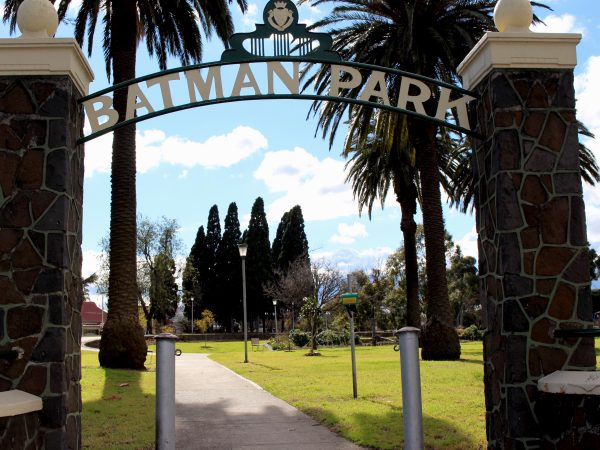 John Batman’s name has titled a Northcote park for over 100 years, but there are calls for it to be renamed.

The local community is in full support of the proposed change after a series of community consultations discussed the idea that the park should be named after a Wurundjeri person.

Elders from the Wurundjeri Tribe Land Compensation and Cultural Heritage Council (Wurundjeri Council) lead talks at the site in Northcote between July and August, with three Wurundjeri names – Be Be Jern, Billibellary and Gumbri –  put forward as potential replacements for Batman.

Darebin City Council Mayor Vince Fontana says this is something that has been a work in progress for some time.

“It’s been about a three year process since it was first brought to our attention,” he tells upstart.

“There were some concerns about having the park named after an indigenous person or indigenous culture and we’ve been working towards that.”

The reason for the change centres on the idea that John Batman is inappropriately recognised in the area.

Batman reportedly forged a treaty, which dispossessed the Wurundjeri people of 250,000ha of land, stretching from Melbourne to Geelong in 1835.

“The reality is, Batman probably wasn’t as up front and honest with the Wurundjeri people at the time,” Fontana says.

His name overhangs at the entrance to the park on the corner of St Georges Road and Arthurton Road, but is his recognition reflective of reconciliation? 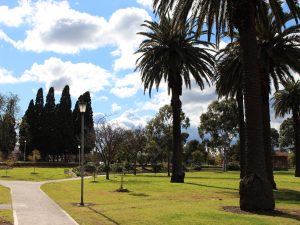 Darebin Community Planner, Nick Matteo, says an accurate representation of meaning on the site is important.

“What’s important about the name change isn’t about transferring one name for another name, it’s about the idea of meaning … and to include other layers of meaning on the park apart from the white traditional history,” he says.

Agreeing on a name presents its own challenge, and Matteo says a resolution might not come any time soon.

“Even within the Wurundjeri Council, there was even a contested idea [about] how important the name of that park is,” he says.

“So it may be at the end of this process that the Wurundjeri Council might say it’s too early to look at a name.

“[They might] want much more work with the schools and the language, with all sorts of things, before [they’re] comfortable … proceeding with the name together.”

However difficult, this process could be a catalyst for further change in the area, including possibly renaming the Federal Electorate of Batman and other local sites.

“We’ve got to go better than that,” he tells upstart.

“I think it’s virtually full circle, go back to the treaty. Darebin should do a treaty with Wurundjeri.

“A treaty’s like a book, it’s simply an agreement, but it’s a book with chapters and one of the chapters would be renaming parks and getting rid of derogative names at landscapes and waterscapes.”

“Is Batman a good guy or a bad guy? He’s probably in the bad guy box,” he says.

“But it’s part of the history of this state and in particular Wurundjeri … so maybe it should be a joint management arrangement with dual names.”

Matteo agrees, citing the importance of reconciling, rather than dividing the community.

“[Wurundjeri] want to co-design the future of that park and the name of the culture together with the community, not reappropriate it,” he says.

“I think that’s a really important, fundamental idea underpinning this, but that probably means for council a much more complex … and longer term process of bringing the community on board around the naming.

“The end of this might be the beginning of the process.

“We might not end up with a name at all, but with a really good process and a stronger relationship between the community and the Wurundjeri tribe to progress this conversation, which is probably much more important than the name itself.”

Thomas Odell is a second year Bachelor of Journalism (Sport) student at La Trobe University. You can follow him on Twitter: @tomodell18