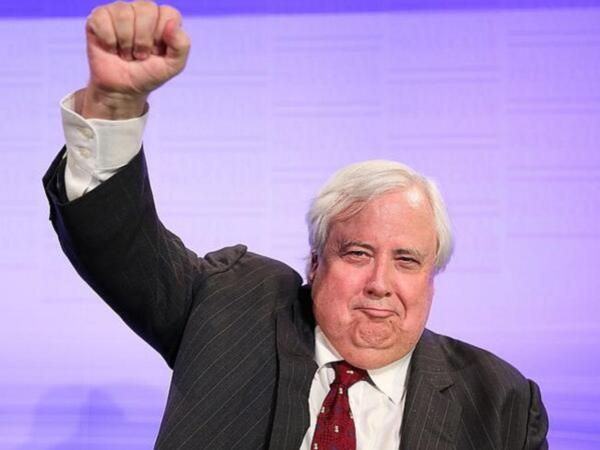 Members of the Palmer United Party (PUP) continue to shock and baffle the public with their stream of gaffes, but the party remain a crucial element of the current Federal Parliament.

Jacqui Lambie is the latest PUP member to make headlines for the wrong reasons. After declaring her policy to ban the burka for national security reasons, she then appeared on the ABC’s Insiders. Here she was questioned on her understanding of sharia law, responding by carefully inserting her foot into her mouth.

Add this to a number of other exploits that have left the PUP on the front page and one might ask: ‘what are they actually doing in Canberra?’

One person who will be able to answer that question for you is Prime Minister Tony Abbott. As a minor party that holds the balance of power in the Senate, PUP are a thorn in his side. They have settled into the perfect position to act as a check and balance to the Abbott government.

Nick Barry, a politics lecturer at La Trobe University, tells upstart they are doing a good job of it.

“Palmer uses the Senate to ask difficult questions and embarrass the government. Sometimes it can be used for political posturing and grandstanding and because there is legitimate questions that need to be asked and that is what he is digging into.”

The clearest example of this is the 2014 Federal budget. As one of the most unpopular budgets in recent times, the PUP has utilised their position well.

Palmer demonstrated an understanding of his party’s responsibility to hold the government accountable, saying: “There’s some things you let pass because the government’s got a mandate. But in cases where the government’s actually lied to the people, where Tony Abbott said we will not do this, he doesn’t really have a mandate in my view, and we’ve got a duty to oppose it.”

It is clear that the PUP understand how it should be acting when it comes to parliament. The Coalition has a directive from the public to pass legislation but the PUP will not give the Prime Minister free reign to pass whatever legislation he wants.

It is the promise of these kinds of actions and a ‘keep the bastard honest’ approach — an approach that won the Democrats support for a number of years — that got the PUP elected. This continues to leave them with some support despite their antics according to Barry.

“Generally it [acting as a check and balance to the government] is a good strategy for minor parties to use. Most of the time minor parties need all the support they can get in electoral terms and that is one way of tapping into people who might not otherwise vote for you,” he says.

Since their election, the PUP has received plenty of media coverage. While it seems the focus has been on some ill-advised comments, much of it has also been on relevant political issues such as the mining tax and climate change. This is because of their position as a minor party with the balance of power Barry says.

Given their track record you could almost assume that someone from the PUP will get themselves into some more trouble.

However, before we resort to demeaning the state of the people who are meant to represent us, we have to remember the important role the PUP are actually playing in Canberra and imagine the alternative — a government that could do as they please.

Liam O’Callaghan is a co-editor of the politics and society section for upstart and is in his third year of a Bachelor of Journalism degree at La Trobe University. You can follow him on Twitter here @OCallaghan93.