All four police officers involved in the incident, which resulted in Floyd's death, have now been charged and will face prison sentences, if found guilty. 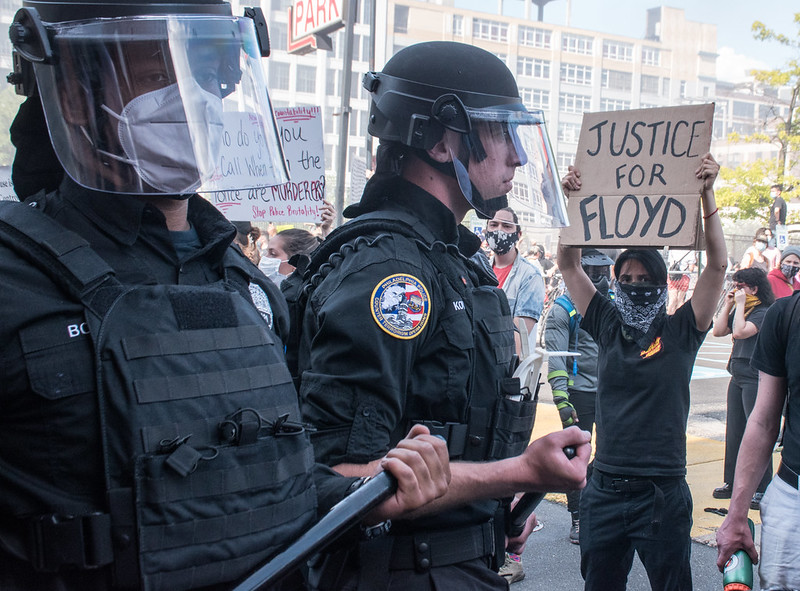 As protests spark across the world, Minnesota Attorney-General Keith Elison has announced an upgraded charge of second-degree murder against Derek Chauvin, a former Minneapolis police officer, who knelt on Floyd’s neck as he died.

Three other police officers who were with Chauvin at the time of Floyd’s death have also been charged aiding and abetting second-degree murder and second-degree manslaughter.

All four officers are being held in custody and have had their bail set at US$1 million.

Ellison said that the evidence warrants the increased and additional charges for the officers.

“I strongly believe that these developments are in the interest of justice for Mr. Floyd, his family, our community and our state,” he said.

Floyd’s lawyer, Benjamin Crump, said the announcement was “bittersweet” for the Floyd family who are hoping the charges will be increased to first-degree murder for Chauvin.

“It’s a significant step forward on the road to justice,” he said.

“We are demanding justice.”

The incident, which was recorded by onlookers, has sparked international protests for the Black Lives Matter movement and Crump acknowledged the efforts around the world in bringing justice for Floyd.

“We are here proud that this family’s call for justice was heard by so many people not just in Minnesota, but in New York, in Houston, Texas, in Australia,” he said.

The global protests have largely been peaceful, however two Australian reporters were assaulted and attacked while covering the UK protests on Wednesday morning.

Channel nine reporter Sophie Walsh was attacked while on a live-cross by a man who allegedly yelled “Allahu Akbar” while he grabbed her and made stabbing motions, he was then chased by Walsh’s cameraman before being apprehended by police.

“The man has been arrested for threats to kill and carrying a weapon. I’m shaken but ok,” Walsh posted on Twitter.

Just hours later, another channel Nine reporter Ben Avery and his cameraman were surrounded by a group while on air and forced to outrun them to safety.

Photo: Self Care by Wokandapix available HERE and used under a Creative Commons Attribution. The image has not been modified.