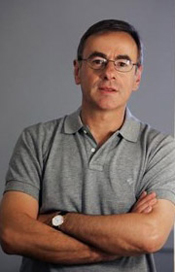 Bill Birnbauer is a former investigative reporter for The Age, and has occupied various positions at the paper, from journalist to editor.

In 1996 he led a team that won a Walkley Award covering the Port Arthur massacre. He has made two hour-long documentaries, one for the ABC, one for SBS.

He is now a senior lecturer in journalism at Monash University. You can follow him on Twitter: @BillBirnbauer.

This podcast is the sixth episode of Life After Journalism, a series of interviews with former journalists.