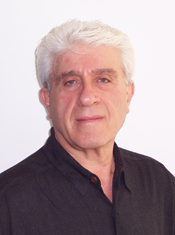 Michael Gawenda’s journalism career spanned three decades, during which he was a political reporter, a foreign correspondent, a feature writer, a senior editor at Time magazine Australia, and the Editor-in-Chief of The Age in Melbourne from 1997 to 2004.

He has won three Walkley Awards for feature writing.

In 2009 he became the founding director of the Centre for Advanced Journalism at the University of Melbourne.

This podcast is the eighth episode of Life After Journalism, a series of interviews with former journalists.