Australian sport is evolving rapidly, but is it beneficial? 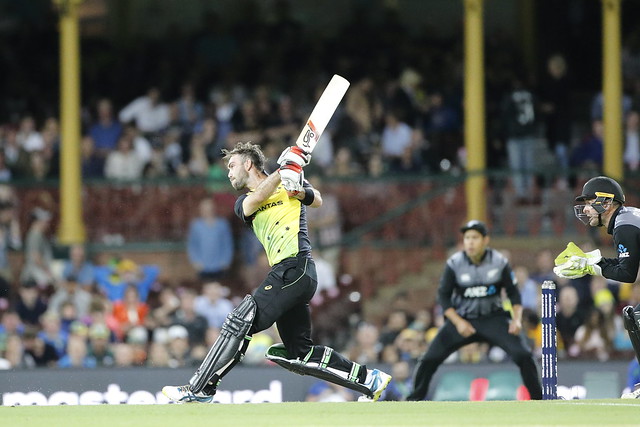 Sport in Australia, like most things is constantly evolving. Traditional Australian sports like Aussie Rules and cricket are frequently enforcing rule and format changes. A lot of these changes revolve around making the two sports faster and shorter in length. T20 cricket and the AFLX are perfect examples of this. The question is though, what is driving these changes and what are their impacts on traditional Australian sports?

Award-winning cricket journalist Gideon Haigh believes modifications to sport in Australia are to do with our mentality, rather than a fast-paced society.

“Every generation has considered itself uniquely fast-paced,” he told upstart.

“I think it’s more that we have a consumption mentality, which sport is trying to respond to by making itself more fungible and digestible.”

Cricket is a great example of an Australian sport that has been subject to changes which have shortened its duration and increased its excitement. When cricket was introduced to Australia in 1803, it was non-professional and for the most part recreational.

Test cricket was the original international format. It was played during the day and lasted until both teams had completed two innings each. Since then, with the rise of broadcasting services and technological advances, test cricket has been reduced to five days and is sometimes played into the night.

Increased money has since flowed from sponsors and broadcasters and has turned cricketers into full-time professionals. Under Cricket Australia’s most recent pay deal in 2017, Australian men’s players had a minimum pay of $278,100 in the 2017-18 season, with it set to rise over the following years.

Sponsors also pay huge sums to be involved in cricket and individual players. Last year, Alinta Energy signed a four-year deal as the major sponsor of the Australian men’s cricket team, in a deal believed to be worth more than $30 million.

Co-author of The Grade Cricketer Sam Perry believes corporatisation has led to changes in traditional sports such as cricket.

“Because sport is so loved in Australia, it will continually be mined for financial gain. I think the confluence of sport, its professionalisation, globalisation, the digital revolution and capitalism essentially guarantees all sports will rush to maximise eyeballs wherever possible.”

The Australian journalist Haigh believes modifying sport will cause it to lose some of its uniqueness.

“In doing so, [making sport more digestible] corrodes some of the things we like about it: its unpredictability, its spontaneity, its rough edges,” he said.

“Games [of sport in Australia] are generally growing more uniform as the values of broadcast and advertising are imposed on them.”

In the last few years, further modifications have been floated to increase cricket’s entertainment value. Last year, the first game of a new 10-over format (T10) was played in England.

Haigh believes the concept is “dumb, commercially driven and ripe for corruption”.

Earlier this year, the idea of having test cricket players’ names and numbers on their backs was raised, in an effort to help spectators identify their favourite players.

Haigh was unimpressed by the concept, describing it as “idiotic, unnecessary and eye-gashingly ugly”.

Although minor in detail, Haigh believes having names and numbers on shirts will have a significant impact on test cricket.

“People will get used to it,” he said. “They always do. But test cricket will lose some of its uniqueness, and that is a cost to us all.”

Similarly, Australian Rules Football has gone from a recreational sport for cricketers to keep fit in the off-season to a multi-billion-dollar business, known as the Australian Football League (AFL).

The latest AFL broadcasting rights deal was purchased by Channel Seven, Foxtel and Telstra in 2015 for $2.508 billion, highlighting just how valuable the coverage is.

In order to grow the game, the AFL created the AFLX competition in 2018. Features of the format include less players on the field, rectangular fields as opposed to oval fields and a shorter duration, all in an effort to excite younger fans with a faster game. AFLX was meant to be the AFL’s answer to T20 cricket and help make it more popular overseas.

The AFLX, although successful with kids, has faced a lot of criticism from sports traditionalists. Unlike the traditional AFL format, fans weren’t aligned with any team by factors such as location.

Journalist Alana Schetzer described the game to The Guardian as “soulless”.

“The biggest problem AFLX faces is with its soul,” she wrote.

“It doesn’t have one. The AFL was built on the sweat and tears of its earliest players and fans for whom a game of footy was their only relief from a life of hard physical labour and struggles. While the economic and social reality for (most) fans is drastically different, that spirit of pride in a team and a blood-curdling desire to win is what keeps drawing people to the game.”

But former Melbourne Demons coach Mark Neeld was adamant Australian sport wasn’t losing its uniqueness, insisting that it was just “moving with the times”. He believes the AFL needs to make itself more appealing to a broader market.

“I think it’s important to strike the balance of pleasing the current members and supporters as well as looking for ways to grow the audience,” he said.

“I am more than happy for the AFL to investigate methods for attracting new spectators and participants.”

So it is inevitable that Australian sports may lose some of their uniqueness, but Sam Perry believes a point of difference in traditional formats of sport like test cricket, could help them survive.

“Test cricket – as an individual product – needs to be sold as the antidote to a bite-sized, ragingly-paced society,” he said.

“It is the slow food movement. It is meditative. It is pastime.”

Photo: 2018.02.03.22.38.28-Glenn Maxwell-0003, by www.davidmolloyphotography.com available HERE and used under a Creative Commons Attribution. The image has not been modified.