Though physical and chemical changes are observed in new mum's there is yet to be a scientific definition for maternal instinct. 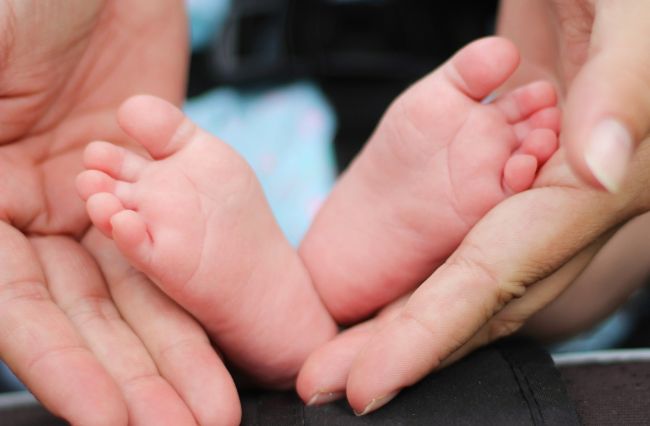 When Candy Peterson noticed a small red bump on the hand of her 8-month-old daughter, she began to worry. The bump was no bigger than the tip of a pencil, but a voice in her head told her that something was wrong.

Worried, Peterson took her daughter to several specialists.  All of whom dismissed the bump as a minor skin growth. But Peterson felt it was something more serious.

“Ultimately my mother’s intuition overpowered my internal dialogue and I walked into that last physician’s office demanding that they remove this bump,” she said during a 2015 TED talk.

That small growth turned out to be melanoma.

Melanoma is incredibly rare in children. Only 300 to 400 children are diagnosed in the USA each year.

This may have been a case of a worried parent looking out for their child, but Peterson believes it was an example of what is known as “mother’s instinct”.

Mother’s instinct is a term that has been used for some time, but there is no actual official scientific definition for the term. However, in her 2015 paper, Viktorija Borovska offered this definition, “Maternal instinct is some kind of innate need to create a child/children and an innate skill of rearing a child/children.”

Maternal instinct can also be observed in the animal kingdom.

When a three-year-old boy fell into Chicago zoo’s gorilla enclosure, Binti Jua, a western lowland gorilla, cradled the boy, protected him from the other gorillas and gently laid him at the zookeepers entrance.

Many of the witnesses drew comparisons between the actions of Binti Jua to that of a mother protecting her infant. Among them was Jeff Bruno, a first responder from the Kanake Fire Department.

“She cradled him, just like it was her own,” he says.

So is the protecting, feeding and caring mothers do for their children ingrained in their DNA?

Dr Samantha Jones, an expert in human behavioural sciences, acknowledges that there are physical changes women experience during pregnancy which help them raise children.

“There are no other naturally occurring hormone exposures during the lifespan of a female that match those of the prenatal period,” she says.

For example, when pregnant, women produce higher levels of oxytocin, a hormone which stimulates the release of breastmilk.  This hormone correlates with other behaviours associated with maternal instinct.  It is known as the love hormone and helps to strengthen the bond between mothers and their children in mammals. During birth it helps to prevent bleeding and warms the chest for skin to skin contact between mother and infant.

Scientists have long been investigating this connection in animals.  A 2015 article by B.J. Marlin et al. found that once mice were injected with oxytocin, they would learn to hear and respond to cries from their pups. Something they wouldn’t do prior to the injection.

During pregnancy human mothers may be more selective about who they spend their time with, opting to stay closer to people they trust.

Another common behaviour of  pregnant women is nesting. Mothers often get bursts of energy to clean and organise a house prior to having a baby. This may even lead them to do tasks like moving furniture despite being heavily pregnant.

Marla V. Anderson’s 2013 paper found that mothers want a sense of control over their environment during pregnancy.

“It ties us to our ancestral past. Providing a safe environment helps to promote bonding and attachment between both mothers and infants,” she says.

Mother of three, Diane Kachur says she experienced this phenomenon.

“I was moving furniture around the house and trying to make it neat.  I went out and bought and put together the cot myself.  I just wanted the house to be clean for the baby.  It got to the point where my husband was getting mad at me and telling me to relax,” she says.

Kachur says that becoming a mother changed how she viewed everything she does in life and her purpose.

“Everything you do in your life becomes about your children. It’s not about how you can take care of yourself. It’s about how are you going to look after your children,” she says.

“You’re whole frame of mind changes. You put the kid before yourself.”

It may be due to this change in “frame of mind” that Kachur began picking up behaviours which she wasn’t taught.

“Another thing was I would just naturally wake up before my babies did so that I could get up and get the bottle ready and be there for them once they woke,” she says.

“Even if I was totally exhausted, if I knew the baby is going to wake up, I couldn’t sleep soundly. Knowing that there’s this kid that needs me in the next room, I simply couldn’t sleep.”

Kachur didn’t learn, develop, or plan this behaviour.  It was innate.

“I just did it. I just knew. It almost always happened,” she says.

Kachur says she was most convinced of mother’s instinct when she would go multiple days in a row without proper sleep. Even in the face of this deep level of fatigue she always prioritised the baby’s wellbeing.

“Somebody who might be totally exhausted, if their baby is sick, they will do whatever it takes to look after the baby. They will just find this extra bit of energy to keep going,” she says.

Mitchell DeLorenzo is a third year Bachelor of Media and Communications (Sport Journalism) student at La Trobe University.  You can follow him on Twitter @MitchellDeLore6

Photo: Woman holding baby by Bonnie Kittle available HERE and used under a Creative Commons licence. The photo has not been modified.