The ACT has been producing promising results, but more has to change before Victoria will introduce pill testing. 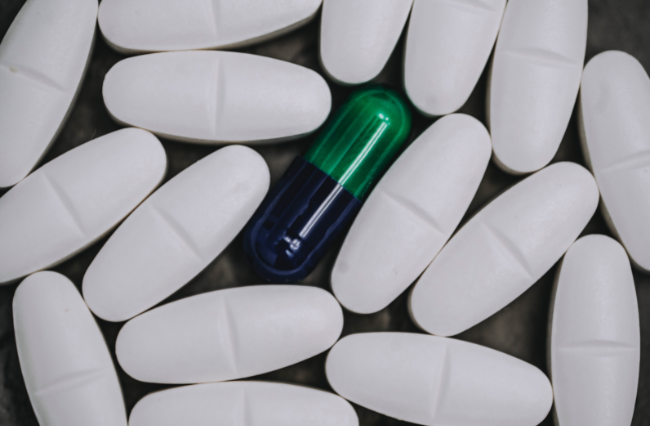 The debate over pill testing never seems to end.

With Australian political parties split on the subject, this harm minimisation strategy is often a source of parliamentary contention.

Victoria has been one of the states reluctant to move. This comes in spite of calls, like last year, when Victorian coroner Paresa Spanos urged the state government to act on implementing pill testing after five young men died in a six-month period after taking what they believed to be MDMA or magic shrooms, which instead contained highly potent substances. The Andrews government’s response was simple, saying they had zero plans for pill testing, even though the demand is clearly there.

But with New Zealand last year enshrining protections for pill testing, and the multiple trials being conducted in the ACT in recent years, will Victoria finally follow?

The ACT makes its pill-testing move

The clinic, located in Canberra is open two days a week and anyone can bring in their substances in the form of pills, capsules, powders, crystals and liquids to be tested. Everyone who enters the service will be able to receive helpful advice on how to minimise the harms that come with this substance use, as well as make sure what they are taking will not harm them.

ACT Directions Health Services Acting CEO Stephanie Stephens said that the results from the last month showed that pill testing helps users to make informed decisions on the drugs they are taking.

“Since CanTEST opened its doors, our staff have provided 70 health and alcohol and other drugs brief interventions to people who attended the service,” she says. “That is significant when you consider how new the service is and that it is only open three hours each Thursday and Friday.” 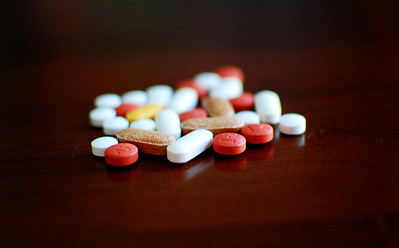 58 samples had been tested at the site in a short time. Photo: Jamie CC BY 2.0

The service doesn’t take more than 20 minutes to complete, and during this time counsellors are on site to help educate people on the drugs they are taking and the harms that may come with them. By doing so, fewer people will die from drug overdoses.

So far, 58 samples have been tested at the site, and 18 people who brought their substances in to be tested ended up throwing them out after the results. Of the 19 samples of MDMA that were brought into the site, only 13 actually contained the substance, while four samples were expected to contain methamphetamine, only three contained it, and one sample actually was found to be sugar with no trace of any drugs.

Harm Reduction Victoria, an organisation that advocates for pill testing services to be introduced in Victoria tell upstart that pill testing trials can help reduce drug-related harms by providing information on what’s in the drug and the harms it might produce.

“Service users will present their sample for chemical analysis. Samples can be powder, pill, or liquid in nature. Organic matter like cannabis can be difficult to test.”

“The service user will then receive harm reduction information and health risks associated with the substances identified and other substances not identified, but still possibly contained within the sample.”

Users will also have the opportunity to dispose of the substance at the site if they choose to.

Pill testing does not “condone or condemn”, but educates.

Harm Reduction Victoria explained that the service does not condone or condemn drug use and instead is about educating the individual on what the substances contain.

“Currently in the ACT, our drug testing is undertaken using the Fourier-transform infrared spectroscopy (FTIR) using an ALPHA II machine. This machine can reliably detect the main ingredient, or two, in the sample,” they said.

“Samples will receive a score between 0-1000 with anything receiving a score of 700 or above confidently as a match.”

This fixed trial takes place after the two previous trials conducted by the same company, Pill Testing Australia. The trials were conducted at the popular music festival Groovin’ the Moo in Canberra. During the two years it ran, it was met with immense support from festival-goers. 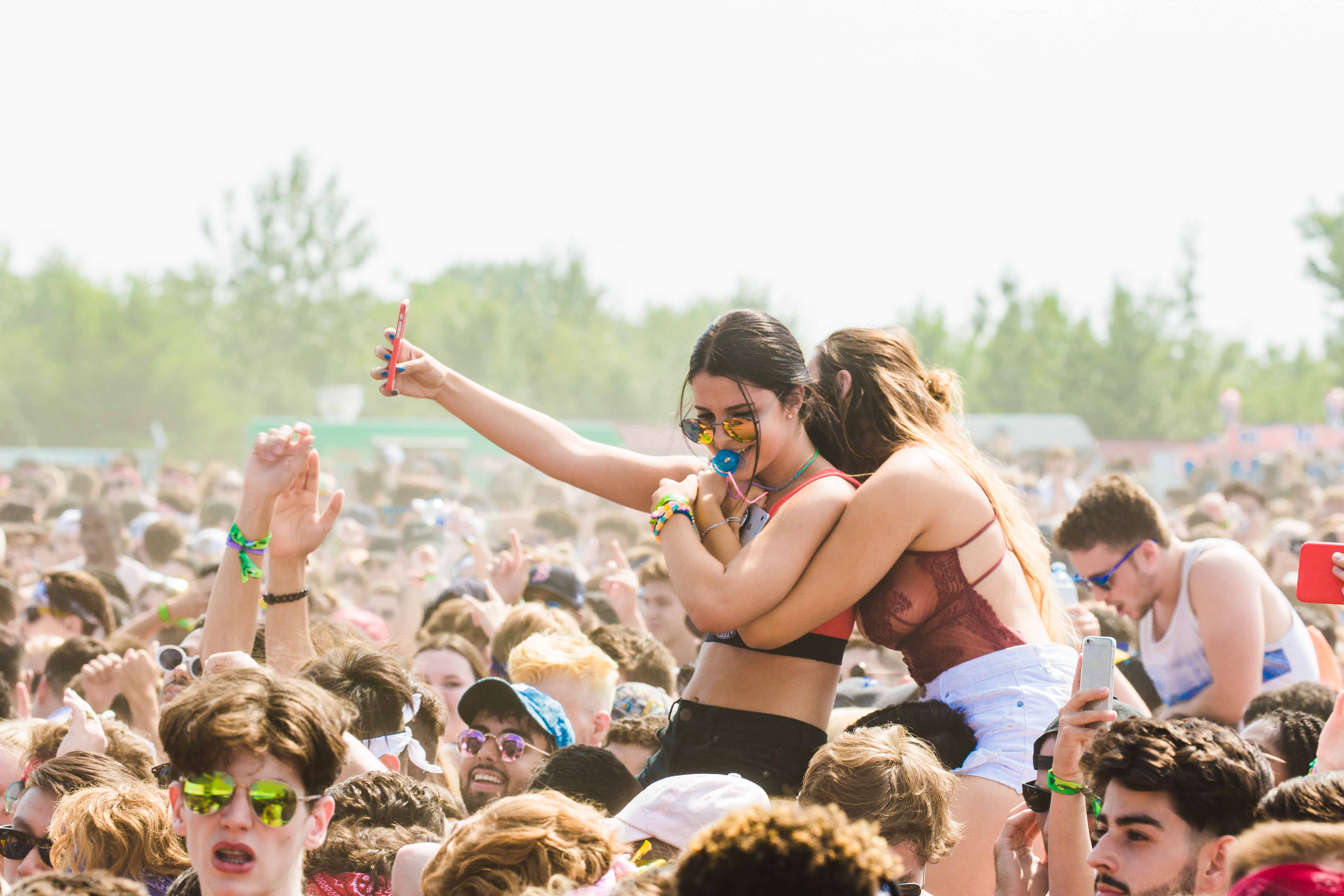 There’s been a push for pill-testing at festivals in Australia. Photo: Wendy Wei CC

Liana Rawlings from the Alcohol and Drug Foundation (ADF) says that the ACT is showing leadership in trialling these pill testing sites.

“The 2019 Groovin’ the Moo pill testing trial Australia was successful in detecting drugs mixed with dangerous substances,” she tells upstart.

Seven samples contained n-ethylpentylone, a dangerous substance that is often found or mistaken as cocaine or MDMA, both popular festival drugs.

“All seven patrons discarded the drugs into the amnesty bin provided.”

Pill Testing Australia organiser Gino Vumbaca told the Guardian that the trial was a success, with 171 samples tested on behalf of 234 patrons.

“I spoke to a lot of young people as they walked out and the most common thread was they know a hell of a lot more now than they did when they walked in.”

The ADF is one of the many bodies working in Australia towards educating the public on pill testing. Rawlings says their main goal is to reduce the number of substances taken.

“Pill testing gives people who already intend to take drugs, the opportunity to test the drug’s strength and ingredients,” she says.  “Many people who do get their drugs tested are likely to ditch their substances or take less after learning a bad result.”

In recent years, pill testing has been continuously brought up in Victoria, but Premier Dan Andrews is yet to change his stance against it. In 2019, the Victorian Ambulance Union proposed back-of-house pill testing for festivals, which Andrews shut down, saying “we won’t be changing our policy”.

The Victorian Greens Party, however, has been very public about their support of pill testing. Dr Tim Read, the member for Brunswick is one of the Greens politicians who have been advocating for pill testing to be brought to Victoria. He has been involved in the making of the 2019 bill The Drugs, Poisons and Controlled Substances Amendment (Pill Testing Pilot for Harm Reduction) was bought to parliament but was rejected by the current government.

“We believe that pill testing is a sensible health measure to introduce to Victoria, because nothing will stop the trade in illegal drugs, particularly stimulants like MDMA…There’s a lot of uncertainty about the toxicity, and the strength of what’s on the market,” he tells upstart.

“By making pill testing available, it just makes sense, if it’s going to mean that people are more likely to come home from music festivals or venues alive, so we should just go ahead and set this up.” 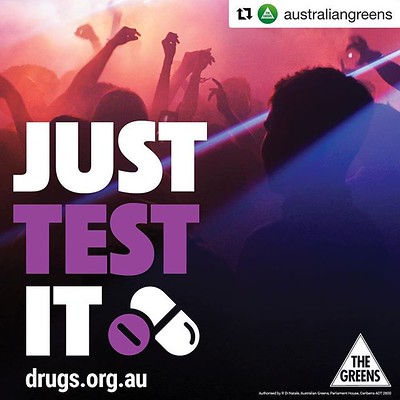 The Greens have led a push for pill-testing in Australia. Photo: Soozie Bea CC BY-SA 2.0

The bill, according to Dr Read would have implemented front-of-house testing, in which you take your pills and get them tested right there which is especially useful at music festivals., instead of back-of-house testing that can take longer.

“While people were waiting the 20 minutes or so to get their tablet analysed, there are counsellors in the tent who wander up and have a chat with them about the risks and some safety tips of taking MDMA or things that they think are MDMA at a dance music festival,” he says.

After the bill they put forward wasn’t supported, the Greens started to work on an amendment to a previous bill in order to target pill testing objectives in a different way.

“More recently, there was a bill which made some amendments to the Public Health and Well-Being Act. And this bill dealt with notifiable diseases like cholera or TB, and when a doctor diagnoses it, they must immediately notify the Department of Health for obvious public health reasons. But one of those diseases is not an infection. It’s having an elevated blood lead,” Dr Read says.

“So, it suddenly occurred to us, let’s make the detection of a toxic substance in something sold on the drug market, notifiable.”

Dr Read says that the police forensics laboratory are the body that detects toxic substances, however they are under no obligation by law to notify the Department of Health.

“The Department of Health has recently started announcing on its website when they detect toxic substances in humans and blood tests from people who’ve been admitted after taking something. And so, we put this up as an amendment to the bill,” he says.

“The government voted it down but did say to us that they thought it wasn’t such a crazy idea and they might try and work towards some other process for making that happen.”

Young recreational drug users hope soon that Victoria and other states will implement trials soon. One 22-year-old casual drug user says that they would rather be safe than sorry when it comes to the drugs they consume.

“Drugs can be fun if used safely. I feel like drug testing would take the stress and unknown away about the drugs you are taking,” they tell upstart.

“Drugs are a major part of festival culture and no amount of police presence or law will stop it from occurring so best to have measures in place to keep festival-goers as safe and healthy as possible.”

Dr Read says that in order for pill testing trials to be implemented in Victoria, government mindsets must change.

“The logic behind the government not allowing pill testing is it sends the wrong message. The message must be that drugs are harmful. And if we do something to make drugs safe, then well, that would mean our message didn’t work anymore,” he says.

“The message we want to send by allowing pill testing is that we care about the health of people, even if they’re doing things that we personally might not take the risk of doing…we would prefer to send a message of care and information and hope that people make informed decisions.”

Article | Georgia Tacey is a third-year Media and Communications (Journalism) student at La Trobe University. You can follow her on Twitter at @georgiatacey.

Cover Photo | White and green medication pill by Teslariu Mihai is available HERE and used under a Creative Commons license. This image has not been modified.