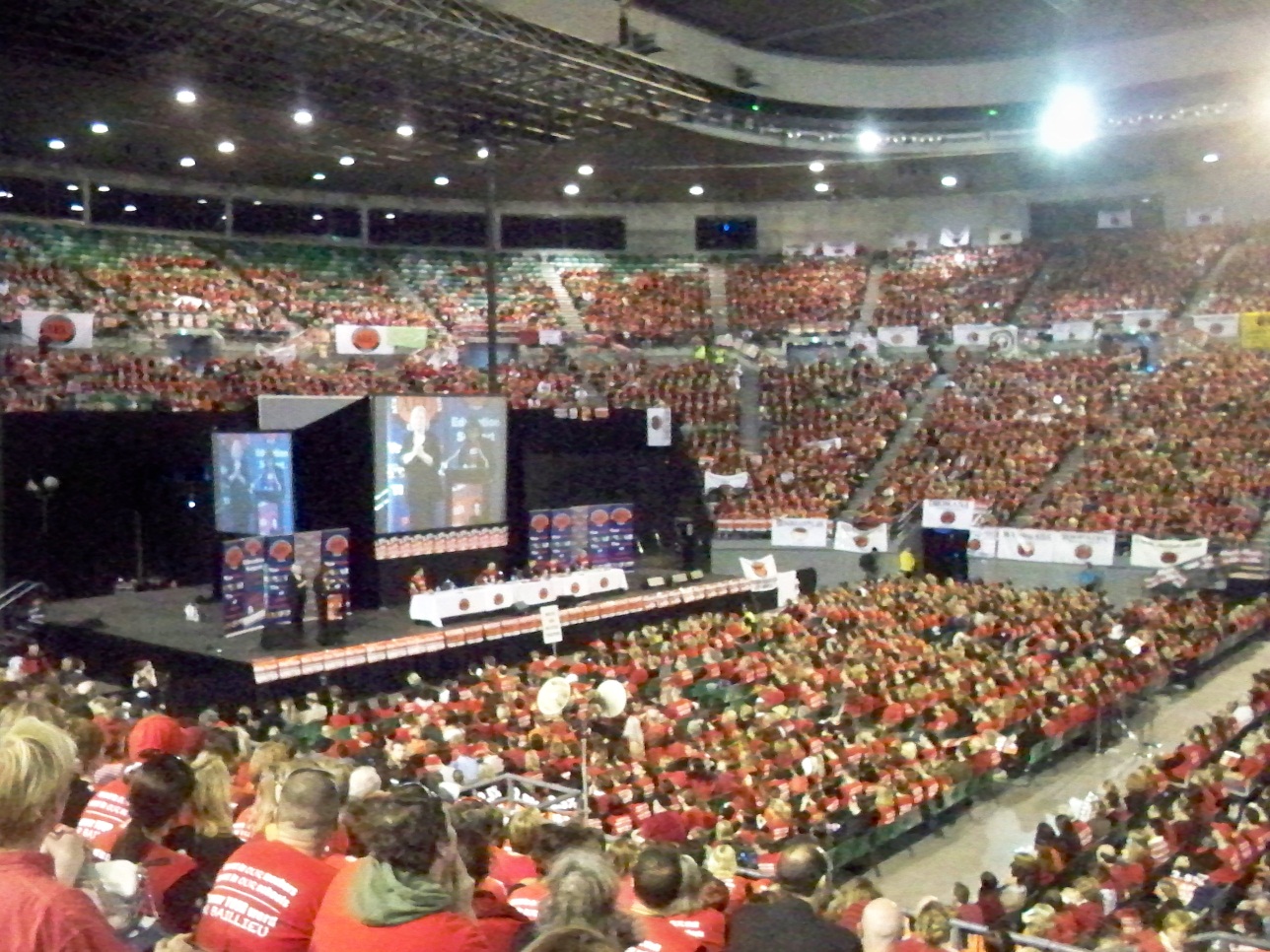 It’s often said that teachers are lucky.  After all, they get regular holidays and work short hours. However, as anyone who has ever lived with or worked as a teacher would know, a teacher’s job doesn’t begin or end at the chime of a bell: the ‘lucky’ moniker is an illusion.

There are a number of reforms and funding cuts proposed by the Victorian state government, and education is just one of the services facing a severe pruning. The Australian Education Union (AEU) is leading the fight against the reforms that they believe will be damaging to public education, with the most recent step being the stop work rally on September 5.

Debra Fisher has been a committed unionist and teacher for 29 years. She is a branch representative for the AEU and is a Leading Teacher with responsibilities in curriculum co-ordination.  Fisher explains that while teaching has always been a complex job, the work has changed.

‘Teaching has always been a complex job, but it seems that we now have far less time to discuss and reflect on our teaching. Record keeping and paperwork has become more complex. Time release for positions of responsibility has also reduced, so that correction/preparation often needs to be done at home.’

While many hold the view that teachers work between 9am and 4pm, Fisher highlights that this is far from reality.

‘Secondary teachers in the state system are paid for a 38 hour week. This is made up of 7 hours per day plus two hours of meetings and one hour of ‘other duties’. Most teachers would be at school for 8 or 9 hours on most days, and would need to prepare and correct work at home. If I do leave school ‘on time’, I usually have to make up for it in the evening.  Last week I worked about 45 hours at school, and five hours on Sunday.’

One of the proposed reforms by the Baillieu government is the introduction of performance-based pay, where high performing teachers would receive a bonus. Fisher finds this problematic.

‘[As teachers], we generally work in teams e.g. Year 10 Science teachers, or Curriculum Planning groups or the Welfare team. Singling out one member of a team would be inequitable.

‘[Another problem is that] no one has quite worked out how you would measure high performance. NAPLAN results can only be used for English or Maths teachers at Years 7 and 9. Not all teachers teach at VCE level so this would not work either. The State government also proposes to fund performance pay by reducing the workforce overall.’

Fisher is a strong opponent of the proposed education cuts, arguing that they are ‘savage’. The Government has reportedly proposed cutting the workforce by 5 percent, a figure that Fisher says is detrimental when most government schools are ‘struggling’ to run programs and offer extra-curricular activities.

The AEU has nine separate campaigns currently in action across Australia. The stop work rally in earlier this month was part of the Victorian ‘Keep the Promise’ campaign, where the AEU is fighting to ensure that Premiere Ted Baillieu keeps his election promise to make Victorian teachers ‘the best paid teachers in Australia’. Fisher believes that this campaign is placed among some of the toughest the AEU has fought in Victoria.

‘Previous campaigns have been tough, but for the last decade we were, at least, negotiating with Labor Governments whose policies supported public education. This campaign is reminiscent of the Kennett years where state schools and state school teachers were decimated. Many great teachers were lost to the system in this period. It took many years for schools to recover from Kennett’s policies and the drift to private schools accelerated.’

‘I think, perhaps, it is worth reiterating how many aspects of quality education depend on the goodwill of teachers. Where there is lack of funding or time release, teachers take it upon themselves to fill the gap. Camps, School Productions, concerts, dance performances, excursions, sport, lunchtime activities, mentoring programs, homework clubs etc. are mostly voluntary.’

However, despite this extra work, most teachers still love their work and Fisher thinks that the message the Baillieu government is pushing is undeserved criticism.

‘We love our jobs and our students, and generally do not resent all the extra time we devote to ensuring that their lives are enriched by experiences that may not be otherwise available to them. Once every four years, however, we have to endure being told that we must work harder, our conditions are cushy and we don’t deserve a pay rise. It’s a bit hard to stomach.’