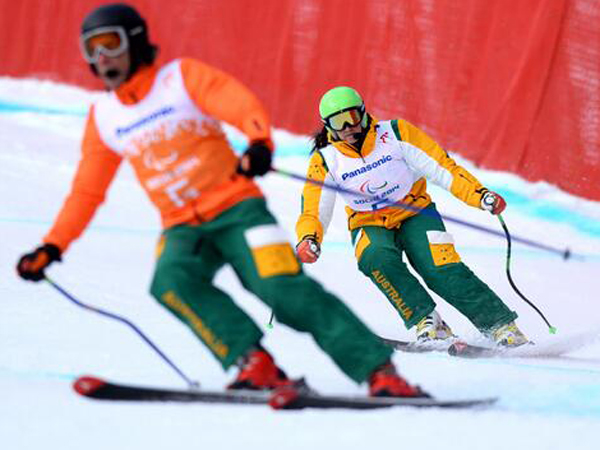 Recent political unrest and subsequent violent scenes across Ukraine have dominated headlines in recent weeks, and one could assume that Russian President Vladimir Putin had waited until everyone had packed up their skis after the Winter Olympics in Sochi before dealing with his neighbours in crisis.

However, after President Putin ordered the mobilisation of Russian troops in Ukraine this week, an international crisis was born.

As the Winter Paralympics begin in Sochi on Friday morning (AEDT), the 11-strong team of Australian athletes are already situated in Sochi, training and preparing for the upcoming Games consisting of five sports over nine days. 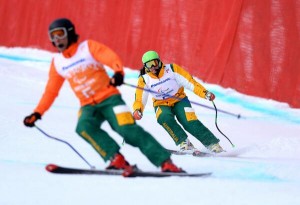 The Winter Paralympics, much like their summer counterparts, are often far less recognised than the Games for able-bodied athletes. However, the hurdles which Paralympians from Australia and around the world encounter en route to representing their respective nations means they do not deserve to have their time in the spotlight diminished over an unrelated international dispute.

The Australian Paralympic Committee told upstart that the situation was under control and that the nine Australian athletes and two guides were not worried about the developing military saga:

“From the athletes’ point of view, no, there have been no concerns. They are there to compete, they are not there to make any political statements or get involved with that sort of stuff. They’re there for sport,” says Media Liaison Officer Rebekka Wake.

The Australian team includes the youngest ever Australian Paralympian in 14-year old Ben Tudhope along with three other Games debutants, and boasts a handful of genuine medal contenders.

“The athletes are in Sochi at the moment. They are all in the athletes’ village and they’ve been busy training. The security situation makes the Paralympic precinct and the village probably the safest spot to be because of the level of security surrounding the Games,” Wake admits.

While the Olympic precinct may be smothered with tight security, the growing concerns about the conflict brewing in Ukraine means that Russia is hardly the safest place to be hosting a competition built on peace. The predicament is so precarious that US President Barack Obama was moved to contact Putin with his concerns on Friday morning.

“The APC works with the Australian Federal Police and the Department of Foreign Affairs and Trade. Both DFAT and the AFP are in Sochi with the team currently and we get our information from them. The team is reassured by that and we communicate what information we need to, to them,” says Wake.

Foreign Minister Julie Bishop told the ABC that the government was keeping a close eye on the Eastern European conflict.

“Australia will be in close contact over the situation with friends and allies in the coming days and will consider what further actions, such as boycotts or sanctions, may be taken,” Bishop said earlier in the week.

Meanwhile, UK Prime Minister David Cameron announced via Twitter that he did not see it fit for British ministers to attend the Games in lieu of Putin’s recent aggression toward Ukraine.

Because of the serious situation in Ukraine, @WilliamJHague & I believe it would be wrong for UK Ministers to attend the Sochi Paralympics.

The German government joined Cameron’s condemnation of Russia’s action, also ensuring government representatives would not make the trip to Sochi’s slopes. However, the APC stresses any announcement by Julie Bishop to not send Australian ministers to the Games was already decided upon.

“The Australian Government was never sending anyone to the Paralympic games, that was a decision made well before any of this happened.”

“The Australian team won’t be boycotting the games. They will be competing,” Wake confirms.