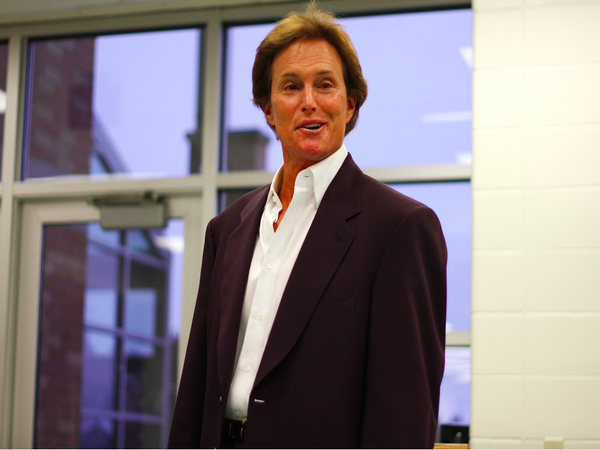 Increasing acceptance towards people of different sexual orientations and gender identities has created a safer environment for people to come out. These conditions can make it easier for an LGBTI person to come out, compared to what it might have been like 20 years ago.

In an interview with Diane Sawyer last week, Jenner confirmed speculations that he is transgender.

“I’m me. I’m a person. This is who I am. My brain is much more female than male. For all intents and purposes, I am a woman,” he said.

Transgender people typically do not identify with their physical sex. They may feel they were born into the wrong sex’s body.

Jenner, however, said that he is not “stuck” in anyone’s body. Rather, he is who he is, with both male and female aspects.

Jenner received an enormous amount of praise after the interview aired, particularly on social media.

We have the chance to write this moment in history together. Let’s empower people like Bruce all over the world by being loving & not mean.

“All of us deserve the right to be loved for who we are “. Bravo #BruceJenner

Bruce Jenner is a beautiful, brave human being. Sending him lots of love. He’s saving lives and opening minds tonight.

His daughters also rallied to show their support.

Just finished watching the #BruceJennerInterview with the family. Bruzer, I’m soooo proud of you! Dads really are heros ❤️

so very proud of you, my hero.

Whilst not everybody has to come out as publicly as Jenner, there is pressure on LGBTI people to reveal personal information and let society know their status.

Tim Christodoulou is Partnerships Manager at Minus18, Australia’s largest youth-led organisation for gay, lesbian, bisexual and trans youth. He tells upstart that there is always a need for LGBTI people to come out.

“So much of sexuality and gender is just presumed in our society, so LGBTI people often actually end up coming out several times throughout their lives, to their friends and family, work colleagues, when visiting the doctor and so on,” he says.

“There’s always a need to clarify and make sure people aren’t making incorrect assumptions about you, and that can be pretty exhausting.”

Christodoulou says that coming out is still important because LGBTI is not considered the norm.

“People will always be fascinated with something they consider to be different, that’s still the case for sexual orientation and gender identity,” he says.

“That being said, a greater focus on sexuality and gender is not necessarily a bad thing. Being mindful of how other people identify is a good thing and wanting to learn more is even better.”

Unfortunately, not all who come out receive the positive reception that Jenner did.

Christodoulou says that far too many LGBTI people don’t have supportive experiences after they come out.

He says that a better understanding of the LGBTI community could make the process of coming out easier.

“Jenner’s story and stories like his will no doubt help those who are currently grappling with their own gender identity,” he says.

Jenner, whose life is under constant scrutiny, said that being on reality television program Keeping Up with the Kardashians was not a hindrance, but a platform for him to have a real impact.

Note: For the time being, Jenner has said that he wishes to be referred to using male pronouns even though he identifies as a transgender woman.