In his fight to walk again, ex-rifleman Joel Sardi has learnt about more than just the physical pain of quadriplegia. 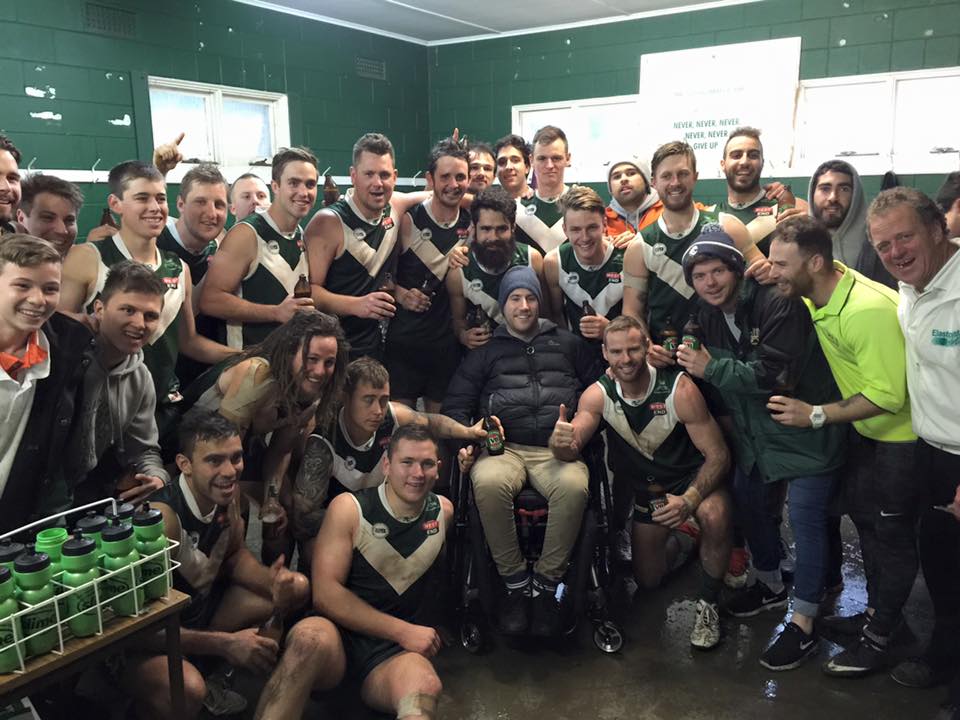 Life for ex-rifleman Joel Sardi has changed in a more ways than one on a night out with friends.

The aspiring footballer from South Australia slipped on a stair railing and fell three metres before landing on his back.

It wasn’t until Sardi woke up in the Royal Adelaide Hospital two and a half days later that he learnt the extent of his injuries.

“I looked down at my hands, I was trying to move my fingers but it was like it was someone else’s hands,” Sardi tells upstart.

The fall that night on 31 August 2014, broke his C2, 5, T3, 4, 5 vertebrae and sternum, leaving him a C5 quadriplegic, paralysed from the shoulders down with little movement in his biceps, forearms and wrists. 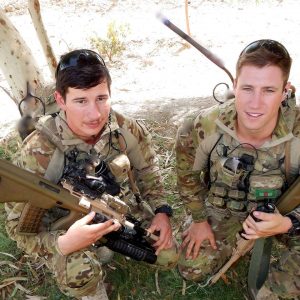 Sardi had been serving in the Australian Army prior to his accident, recently returning from a seven month deployment in Afghanistan.

“Before my accident I was very active, physically, mentally and lived a life of spontaneity,” Sardi says.

“My output then would be to go for a run, go to the gym, go for a swim, ride my bike, whatever, to now when I’m feeling anxious or stressed, I can’t do that for obvious reasons.”

Pain has proved the biggest challenge so far, with never-ending band aid solutions of prescription drugs.

“The one thing that people don’t realise is the nerve pain. It could be worse than any sunburn you’ve had in your life. Nothing can fix it.”

“On days when it’s a bad day with spasms my wrists won’t open.” he says.

Due to his high consumption of prescription drugs, Joel found himself unable to focus and be sociable.

“I felt like I’d also had a brain injury”, he says.

This pushed Sardi to begin his own research on alternative medicines to help alleviate the pain.

With help from other patients suffering from chronic illnesses and cancer, Sardi has started moving away from prescription drugs and sourcing natural medicines that don’t have negative impacts on his daily life.

“Since then my productivity has increased because I’m sleeping, I don’t get anxiety anymore, I’ve got virtually no pain, so my day-to-day activities have increased, and the output is even better.”

Yet from these physical challenges that have been thrown at Sardi, life has opened some unexpected doors.

“I need to slow down and think about things and take a deep breath and talk it out, which is so different to what I’m used to, I never would have imagined that I could do that now.”

From this new found strength, this year Sardi started speaking publicly about his accident.

In March, he told his story ‘Life threw me a curve ball not a bullet’ to the national army AFL team.

He hopes to continue motivational speaking upon his return from the US.

But for now he is currently in his second extensive rehabilitation program at Project Walk, a paralysis recovery centre in San Diego.

He will spend the next nine months undergoing spinal rehabilitation, where he will move one step closer to his dream of one day walking again.

In his extensive rehabilitation, Joel’s trainers work on daily exercises that identify trigger points to activate muscle spasms in his legs that create movement with little assistance.

When responding to comments on being inspirational, Sardi shakes his head.

“Being a quadriplegic doesn’t make someone an inspiration.”

The support and impact Sardi has had on those around him show the amount of love and respect people have for him.

Fundraising has made this trip possible for Sardi, and ongoing support can ensure that he continues to maximise his chances of recovery.

“Going through the last three years, I’ve learnt that some are more fortunate in regards to their support networks they have. I have been really lucky,” he says.

You can visit http://www.joelsardisjourney.com/ to learn more about him and donate.

You can follow his story on Facebook at @joelsardisjourney with live updates of his news and rehab sessions with trainers.