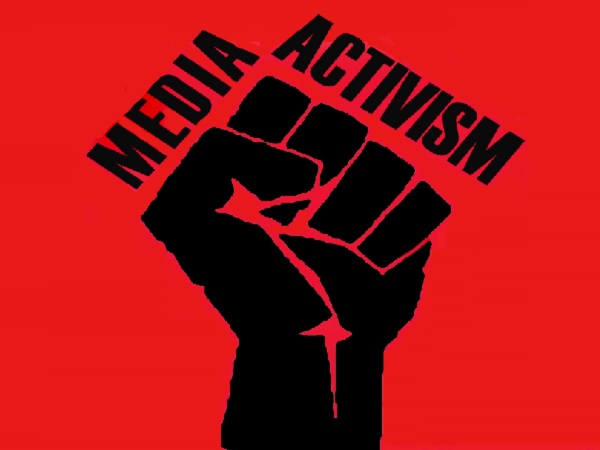 Some would say the lines between journalism and activism are becoming blurred.

The post went on to explain that journalism deals solely in facts and the neutral portraying of those facts, which is something aspiring journalists should be mindful of.

A few posts below was a controversial photo I had shared about the current refugee crisis in Syria.

Throughout our entire journalism degree, we’re taught to stick to facts, to show numbers, stories, and important detail.

We’re taught that the cardinal rule of journalism is to avoid entering your opinion where it is not needed.

Despite this, there are people that say objective journalism is a thing of the past.

“The days of “objective” reporting – cool, factual, impartial, unemotional, devoid of adjectives, or personality, or any trace of personal opinion – are well and truly over,” The Age columnist, Jonathan Holmes recently wrote.

But today, social media plays an important role in the culture of news reporting, and the lines have blurred.

Journalism involves retelling events and reporting the truth, whereas activism involves fighting for a cause one believes to be true.

But what if the story being told is a cause worth fighting for?

Journalist, Christiane Amanpour, told the Harvard Business Review that she had a revelation when reporting on the war in Bosnia in the 1990s.

She said that by adjusting the way she viewed the war, she was able to cover it based on the brutality and cruelty she had witnessed.

“I was forced to examine what objectivity actually means, and I realised that in a situation such as the one in Bosnia, where you had ethnic cleansing — genocide — you have a duty to call it like it is and to tell the truth,” Amanpour said.

“Objectivity, in that regard, means giving all sides a fair hearing but never drawing a false moral equivalence. So I called who were the aggressors and who were the victims, and I’m very, very proud of that now, because that was what we had to do.”

However, she was quickly discouraged to express her point of view.

“I think we did the right thing as journalists and eventually managed to be part of the reason that the world intervened.”

Amanpour said it’s important to bear in mind morals and ethics when reporting on a story.

Journalists are criticised all the time, but can their impartial reporting of facts inspire activism?

The Society of Professional Journalists Code of Ethics has a fantastic rule:

“Seek truth and report it. Journalists should be honest, fair and courageous in gathering, reporting and interpreting information.”

In many countries, real journalism is considered activism, because truth telling is an act that aims to bring about change.

Those who risk their freedom and lives to inform the world about something important, should be praised.

Advocacy journalism exists, but why not activist journalism?

This would allow a journalist to expose injustices, and follow it through with action to inspire change.

The future of activist journalism comes down to us – the upcoming generation.

It’s up to us to renew the meaning of journalism and change the notion of story telling.

But more importantly, we need to bear in mind what our responsibility is to the world.

Yes, we must still be truth tellers. We must report fairly and present an impartial view to both sides of a story, but we must never depict false morals.

We should aim to call upon aggressors and victims, so that we can accurately carry out our duty of story telling.

Our generation is the future of journalism; we must serve humanity as people of the world.

Tijan Biner is a third-year Bachelor of Journalism student at La Trobe University and the Culture & Lifestyle Editor for upstart. You can follow her on Twitter: @tijanb.