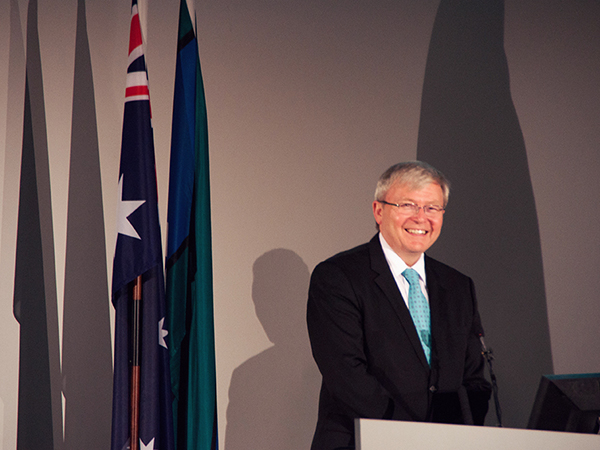 Kevin Rudd was the lead speaker at La Trobe University on Tuesday, as part of the Australia-Africa dialogue program.

Mr Rudd spoke of the strides made in Africa over the last half century, noting that war, famine, and dictators have now become a relative rarity.

He also spoke of how Africa is among the fastest growing regions of the world second only to Asia, despite it not being discussed often enough in society.

“Part of my mission delivering this lecture is to convey the economic message that Africa is well and truly open to business,” he said.  “Africa represents the future. Asia is the present. Look beyond the present and you will see Africa rising, just as Asia was rising a couple of decades ago. In an age of globalisation it is blind to believe that Africa does not have an impact on shaping the global economy.” 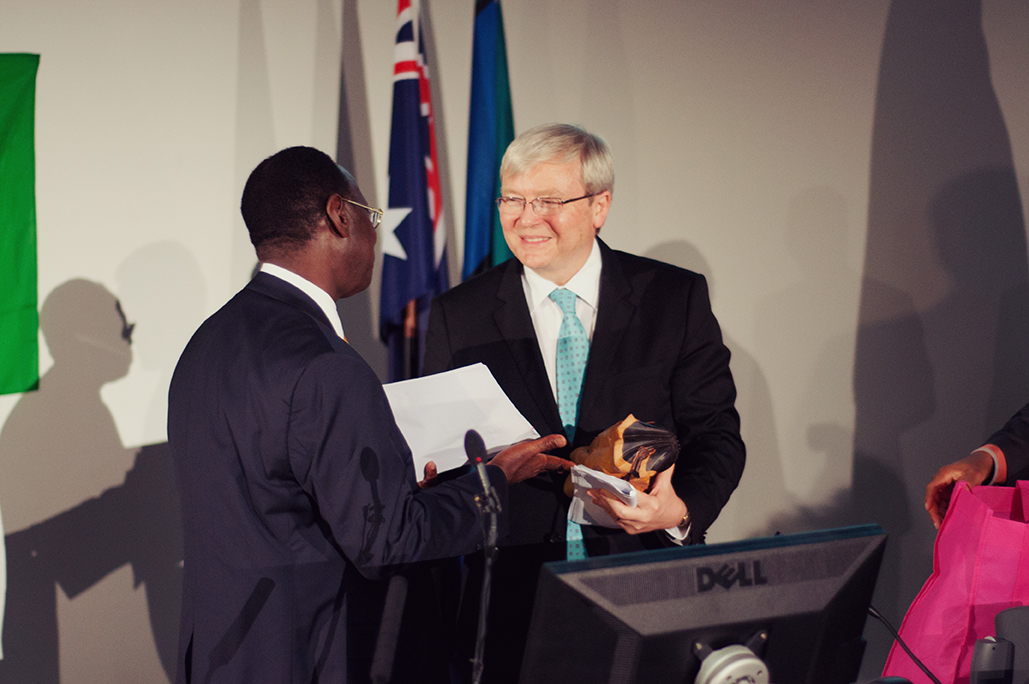 He also detailed plans to implement an Australia-Africa awards system, with plans to increase scholarships to 1000 awards each year. The program is designed to give students from across Africa the chance tostudy at Australian institutions.

“We need to be investing in the human capital of the region; to raise up the leaders of Africa’s next generation,” he told the crowd. “This is a mission in Australia’s national interest in the future.”

While Rudd spoke inside, students from La Trobe University protested outside, opposed to the federal government’s pending cuts to tertiary education.

Alyce Hogg is a PhD student and tutor at La Trobe University. You can follow her on Twitter: @AlyceHogg