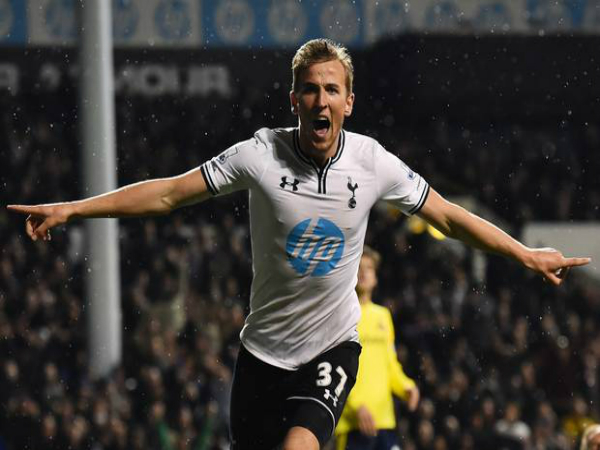 The Tottenham Football Club has struggled under the weight of expectation for the last decade as it pushes to join the elite in England.

It’s an endeavor which has yielded little success, with only two top four finishes and one Champions League appearance since 2005.

Tottenham has seen many false dawns in the form of players and managers in those ten years.

In 21-year-old striker Harry Kane, though, Tottenham has found its talisman.

Kane endured a slow introduction to professional football with a series of spells on loan at lesser sides Leyton Orient, Millwall, Norwich City and Leicester City in the last four years. He grasped the opportunity at Tottenham with both hands and scored in three consecutive games in April last season, showing a glimpse of his talent.

Standing at six feet, two inches (188cm) and a slender 64 kilograms, Kane presents a stark contrast to the bulkier strikers who have previously found success in England.

Kane doesn’t rely on raw strength or power to overcome opponents. He possesses a finesse and speed typical of South American footballers but, unlike countless South Americans plying their trade in England, he’s had no issue coping with the immense physicality of the English game.

Kane has made a total of 42 appearances for Tottenham this season and played in all competitions. He has found the back of the net 28 times–an extraordinary rate of scoring–with an elite shots per goal ratio of 4.31 in the Premier League alone.

Kane is well on the way to becoming the youngest winner of the Golden Boot in the Premier League era with an equal league-leading 19 goals this season. The sheer number alone does not do Kane’s goals justice.

His knack to score important goals was highlighted by braces against crosstown rivals Arsenal and Chelsea in 2-1 and 5-3 wins, and a hat-trick against Leicester on the weekend in a 4-3 win which keeps Tottenham’s pursuit of a top four position alive.

Bale was the man supposed to lead Tottenham to glories never before known at White Hart Lane. He scored 42 Premier League goals in six years at Tottenham, including 21 in the 2012/13 campaign which saw him win the PFA Players’ Player of the Year and Young Player of the Year.

The Spurs’ lack of success got to Bale. He signed for Real Madrid–the club Modric departed for a year earlier–in September 2013 for a reported world record transfer fee of £86 million (A$165 million), leaving Tottenham supporters distraught.

Tottenham struggled to find a replacement for Bale. Spanish striker Roberto Soldado failed to live up to expectations and Argentine winger Erik Lamela is still struggling to find his feet.

Supporters needn’t worry that Kane will soon follow Bale and Modric out the door. He signed a new five and a half year contract in February which will keep him a Spur until 2020.

Kane’s rise to White Hart Lane cult hero has come in a matter of months. He is one of Tottenham’s own, coming through the club’s youth academy rather than being purchased for tens of millions of pounds.

The English-factor cannot be underestimated in Kane’s meteoric rise to fame. The English media is quick to hype up any Englishman who could one day lead the national side that has been starved of success.

His recent goalscoring has rightfully turned many heads, making a fan out of the Premier League’s all-time leading goalscorer, Alan Shearer.

Shearer told the Premier League website that he ranks Kane amongst the top three frontmen in England.

“What I like about him, is that he is willing to run in behind defenders, as well as go short,” he said.

“He wants to get his shot away very quickly, which is good to see. It looks as if he could have a very good future in the game.”

To label him a saviour is to put a lot of pressure on a 21-year-old. What Kane has proven indisputably in his short career thus far, however, is that he excels under pressure.

As such, along with a young and talented team around him and Mauricio Pochettino providing much needed managerial stability, Kane will lead Tottenham into the group of elite teams in England currently occupied by Arsenal, Chelsea, Liverpool, Manchester City and Manchester United.