COVID-19 has had a significant impact on the pub industry with the possibility of many pubs across the state being unable to re-open. 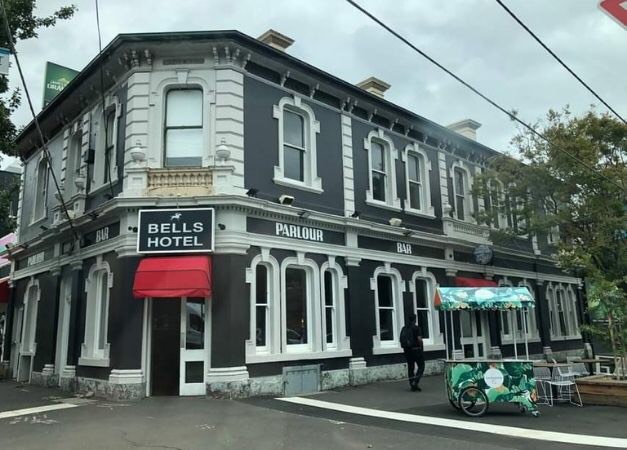 It is five o’clock on a Friday afternoon, you and your mates have knocked off work for the week and are catching up over a couple of pots at the local pub.

This is something many Australians have loved to do for decades. Unfortunately, due to the current situation here in Victoria, it is yet another thing that has been taken away from us.

The impact of COVID-19 has been felt by everyone, workers, students, communities and businesses.

One industry that is currently facing significant worries during this state of emergency is one of Melbourne’s most famous, the pub industry. Pubs and hotels across the state are facing financial issues so significant that it may stop a lot of them from re-opening once the pandemic is over.

Anthony Hammond, the owner of the Victoria Hotel in Footscray and the Builder’s Arms in Fitzroy, has described the situation as “a nightmare”.

“It’s been near impossible with everything that has to be done. It’s not just running your business, it’s your staff, it’s the government regulations you’ve got to deal with, so it’s been a nightmare,” Hammond told upstart.

Hammond has owned the Victoria Hotel for three years. He like many other owners, has experienced a lot of hardship over the last few months trying to run their business through constant distractions of COVID-19 restrictions.

The hospitality industry so critically important to Victoria that there are organisations providing financial support to keep them afloat.

These organisations include Worksmith, a company that provides support to the food, beverage and hospitality industry. Worksmith is currently offering $1000 to five different individuals in the industry to help them with their business during this time of crisis.

Business Victoria is also offering financial help through their own business support packages and funding.

Hammond says that his hotels are also receiving financial support from the government but in terms of what it takes to run the business, it is certainly not enough.

“There is a lot of different funding but to fund it all, it’s a nightmare. We’ve received a $10,000 grant from them and a $5,000 grant, that’s it and obviously there’s job seeker payments but overall, there’s not a lot of financial support for small business owners,” he said.

Hammond has decided not to keep the Victoria Hotel open for takeaway. It was not worth the money they were making from it.

“We did [takeaway] the first time, we did that for a month and made quite a significant loss from it,” he said.

“Now with the travel restrictions in place, it’s not really worth it. We’re all having to look after kids at home and quite a few of the staff are teaching from home. It’s basically going to work after a ten- hour shift.”

The issue we now face is the possibility of many of our beloved Melbourne pubs not being able to re-open due to the financial situation they have been put into.

“I’ve done about six meetings with them, the City of Melbourne are thinking that 35% of hospitality businesses may not open,” Hammond said.

Not only does it affect businesses, but the closure of pubs would also have major impact on the community. Many social connections within our communities are built within places such as pubs and hotels showing the type of impact they really can have on our society.

Dylan Dower, a local pub enthusiast has found that the restrictions have already taken a toll on his wellbeing and his everyday week.

“It’s a very tough pill to swallow when you’re told you can’t see your mates and loved ones for an extended period of time, realistically with no real light at the end of the tunnel as of yet,” Dower told upstart.

“Being a part of a football club, I guess ‘pub’ or ‘drinking’ culture gets instilled into you a bit, so watching the footy or the horses at the pub on the weekend was a weekly occurrence.”

Like many others, the 22-year-old uses pubs as a regular reward or a social release.

“You work throughout the week… you train… you study… whatever it may be, and then at the end of the week you get to reward yourself by knocking back a few beers, watching the footy with the only care in the world being what time happy hours’ ending,” Dower said.

Even though the survival of Victorian pubs is a high priority of the government, there is only so much funding and support they can give to keep the industry alive.

For Anthony Hammond, being in and around hotels for decades has shown him that these places are more than just somewhere to have a drink, it is a place that creates social connections that play a role in building society.

“What they have done traditionally is be a place for people to come by themselves and meet other people in the community. Quite often, you’ll have 10 or 15 people in a bar that come to the pub, say G’day, hang out, talk but would never see each other outside of those four walls so it’s very much about the community,” Hammond said.

“A lot of what you get out of community sport, people get out of hotels as well.”

Photo: Pub in South Melbourne by Simon_sees available HERE and used under a Creative Commons Attribution. The image has no been modified.