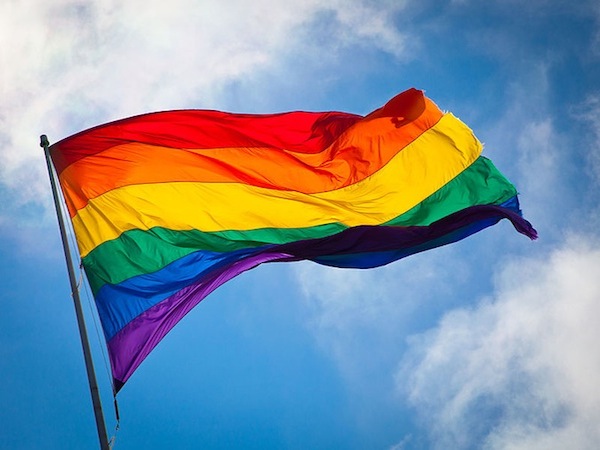 This week New Zealand beat Australia to the punch in the race for equality, becoming the first country to legalise gay marriage in the Asia Pacific.

New Zealand’s Marriage (Definition of Marriage) Amendment Bill redefines marriage as a union between two people, abandoning the premise that only a man and a woman can be joined in matrimony.

The Bill passed with 77 votes to 44 on a conscience vote, and has been hailed as a proud moment in the country’s history.

But where does this leave Australia? We are certainly falling a step behind New Zealand and the other 12 countries that have now legalised gay marriage.

For a country that considers itself tolerant and diverse we are not very open-minded.

The redefined values of New Zealand have sparked Australia’s competitive streak, with many people taking to social media to join this global community in political discourse. Twitter is ablaze with Australians urging our leaders to take action, rallying for equality and attesting that Australia must compete with New Zealand.

So proud of our #NZ neighbours for legalising gay marriage. Hopefully it serves as a wake-up call for our own politicians. #MarriageEquality

Hey you know how we adopt everything good that comes out of New Zealand and call it Australian…? Well… #marriageequality plz

National party MP Maurice Williamson who also spoke to the New Zealand parliament, said that he received many letters from people opposed to redefining marriage.

One person warned him to prepare for a “gay onslaught” if the bill was passed, while another outlandish claim accused the bill of causing the drought. Williamson countered such criticism with a hefty dose of common sense.

“All we are doing with this bill is allowing two people who love each other to have that love recognised by way of marriage. We are not declaring nuclear war on a foreign state…The world will carry on,” he said.

Prior to the bill being passed, public support for marriage equality in New Zealand matched that in Australia, at approximately 60 to 65 per cent. New Zealand has shown that the differentiating factor is parliamentary support.

While Prime Minister Julia Gillard remains resolutely opposed to gay marriage, she has allowed the Australian Labour party a conscience vote on the issue, indicating a slight move towards equality. Unfortunately, Abbott refuses to set aside his personal views to allow a conscience vote for the Coalition.

“If the Coalition here in Australia did the same thing, if it allowed a conscience vote on this issue then this reform would have a fighting chance in our federal parliament,” he said.

While marriage equality has been on the political agenda for some time, the closest Australia has come to equal rights for the LGBT community is several failed bills, and civil union schemes that fail to deliver an adequate alternative to full equality.

In the meantime, over a thousand Australians have told Australian Marriage Equality that they will travel to New Zealand to be wed under the new marriage laws. Regrettably, these unions will not be recognised upon their return to Australia.

Unless Australia takes a step towards equality before the bill’s expected role-out date of August 2013, Australian Marriage Equality said that Australia will miss out on an estimated $700 million. This amount, which same-sex couples would spend on their weddings, will instead be injected into New Zealand’s economy.

Rachel Wagner is a fourth year Bachelor of Laws and Media Studies student at La Trobe University and a staff writer for upstart. Follow her on Twitter @rachelshae