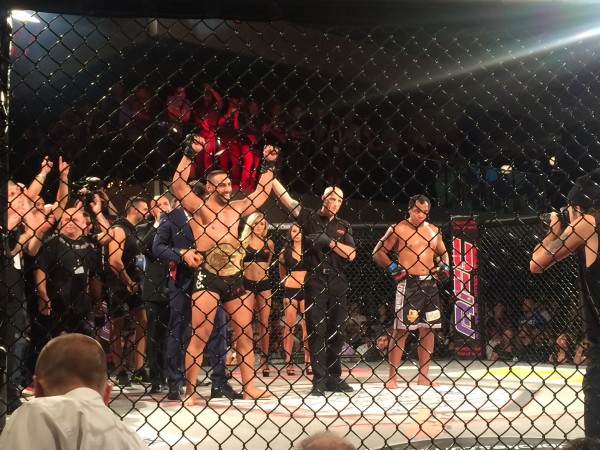 It took the Victorian government five years to remove the ban on cage fighting.

“We are not barbaric men,” he announced at the first cage fight on Sunday.

The Ultimate Fighting Championship (UFC) is the largest mixed martial arts (MMA) competition in the world. What has been reported as “a brutal sport” is much safer than most imagine.

In an interview with the UK’s Guardian in 2007, UFC president Dana White said boxing is more dangerous than MMA.

“What’s more violent than boxing? You and I stand in front of each other for 12 rounds and my goal is to hit you so hard in the face that I knock you unconscious.

“In the UFC you and I can fight and I can beat you and win and never punch you in the head once. We can go right to the ground, start grappling and pull off a submission. It’s not 25, 30 minutes of blows to the head non-stop,” White said.

The Herald Sun has suggested that “schools, youth groups and community leaders will turn their backs on cage fighting”. However, MMA is the fastest-growing combat sport in the country and if Sunday’s sell-out crowd at the AFC proves anything, it’s that the spectator sport is here to stay.

Melbourne victor Jamie Abdallah created an epic finale for spectators by knocking out Daniel Almeida within the first 35 seconds of the five-by-five-minute rounds. Abdallah now holds the most coveted MMA title in the southern hemisphere.

New Zealander James Bishop defeated Peter “The Bulldog” Davenport via submission. He told upstart that the sport does not make people violent.

“I’ve definitely become less violent since I started. I don’t hate anyone I fight, I just fight because it’s fun.”

Bishop says he was surprised it took Victoria so long to lift the ban on cage fighting which is legal in New Zealand.

The apprentice builder works full-time and says the dedication required to train before and after work makes him want to succeed even more. Bishop, or “Pitbull” as he’s known in the cage, has hopes of one day becoming a professional MMA fighter.

Middleweight fighter Kitt “The Killer” Campbell beat his opponent Matt Eland by tap out via the arm bar technique.

Prior to the contest, “The Killer” told upstart that he was confident despite his competitor’s experience.

“He’s older and has had more fights. I don’t think he has the tools to beat me, though. He’s very one-dimensional whereas I am comfortable in all areas and will control the fight wherever it goes.”

Campbell did exactly that, grappling his way to victory after getting caught early in a neck crank by “Nightmare” Eland. 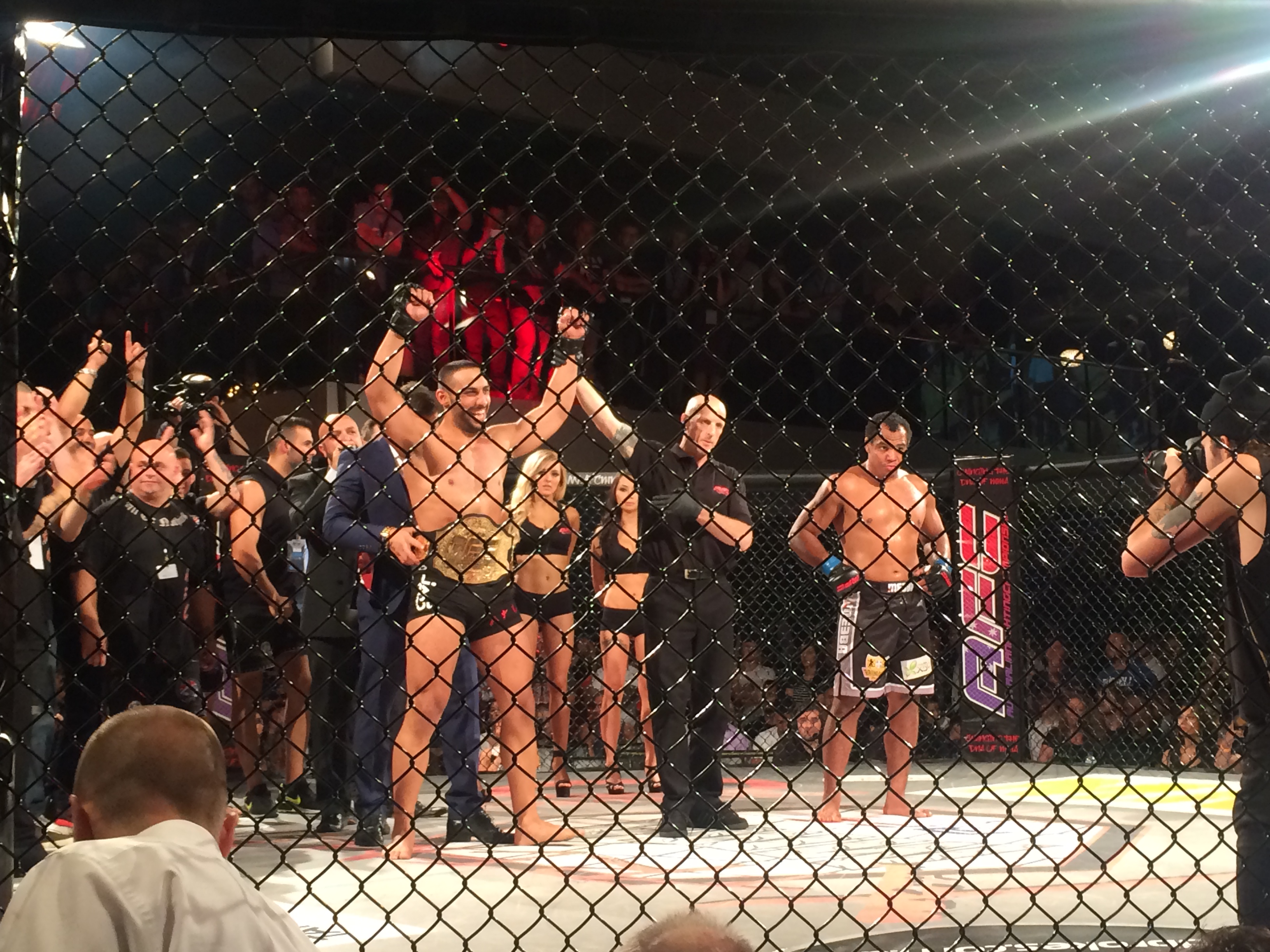 Campbell, the “pin-up boy of the AFC” as he was referred to at Sunday’s event, thanked his opponent and his trainers at Invictus Gym. He spoke to upstart about the positive effects the sport could have on street violence.

“I’ve always said if people participated in the sport there would be less street violence. Everyone would have respect for each other. The main contribution to violence is alcohol and drugs,” Campbell says.

Current Australian-based UFC fighters, and past AFC alumni Dan Kelly, Vik Grujic, and Jake Matthews, were all in attendance at the weekend, boosting the profile of the event and promoting upcoming UFC events to be held in Adelaide on 10 May and on 15 November at Etihad Stadium.

The camaraderie shown between opposing fighters after the final bell sounded is something seldom seen in competitive sports, with fighters embracing each other and bonding with mutual respect.

Just as racing car drivers are not maniacs on the road because they know how to drive fast, professional fighters are not the violent animals they are often portrayed as.

MMA is a legitimate sport with dedicated and disciplined athletes. It is sport that needs to be understood, not vilified.