How Death Cafes and Dying to Know Day are sparking meaningful conversation around death and mortality without being morbid. 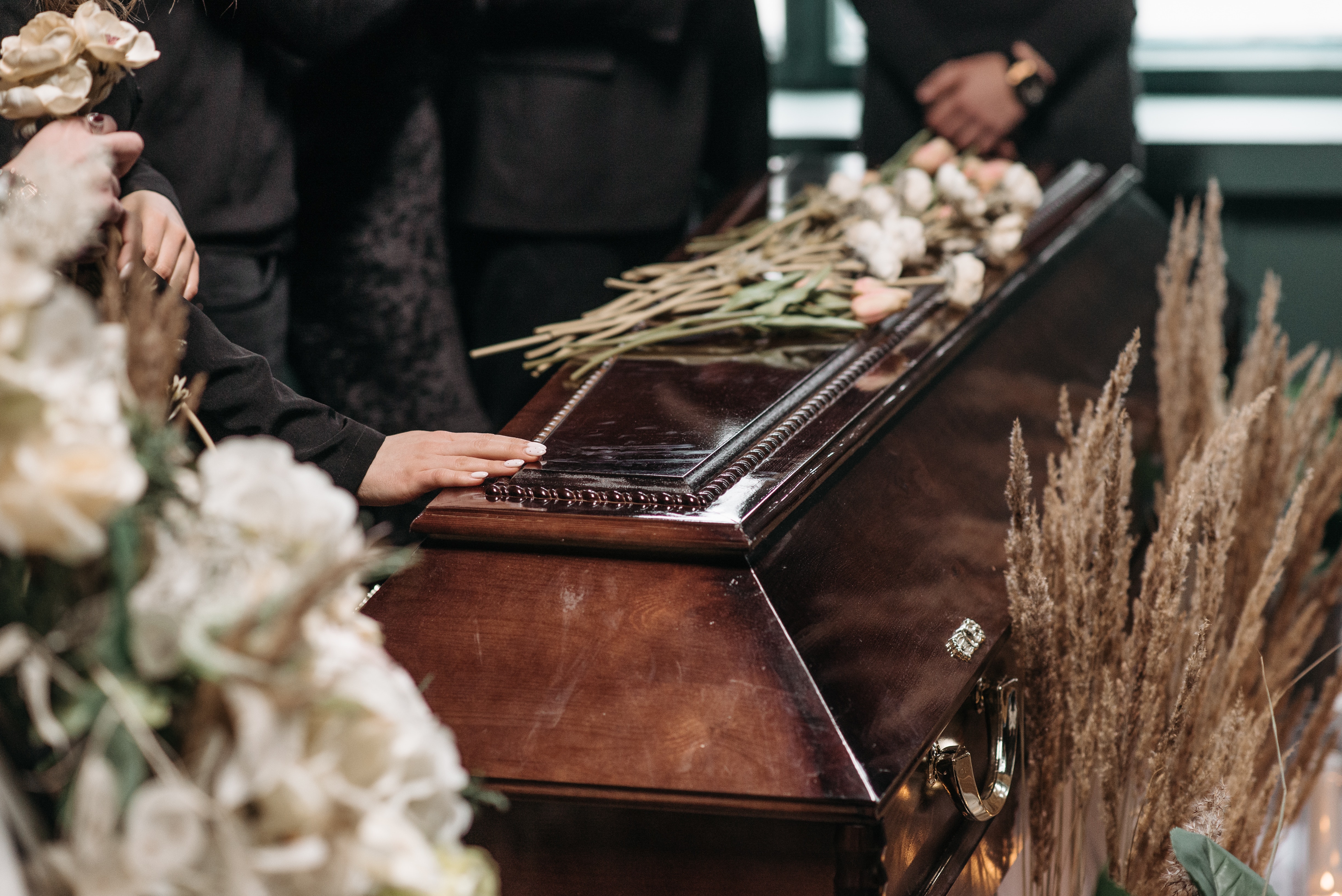 If there’s one thing that’s guaranteed in life, it’s death. So why are we never ready for it?

When the time inevitably comes, the sudden rush to bury a body, apply for a death certificate, and plan and pay for a funeral service leaves many unprepared. According to the Death Literacy Institute, only 1 in 5 people know how to navigate the healthcare system when someone is dying, and 1 in 3 people can navigate the funeral system.

And the clinical detachment and formalities that come with death—while necessary—may feel hollow to some and fail to provide emotional closure.

This is why there has been a growing shift to normalise a social and personal approach to death. People who work in industries like health care, palliative and aged care, and the funeral industry are finding ways to make death easier to deal with by starting open conversations without judgment. During the last decade, the Groundswell Project has been leading this social movement in Australia.

“The idea that we can celebrate birth, and every other milestone in life, but death is just not something that we’re comfortable with in Australia, is why most people don’t prioritise [talking about] it,” says Cherelle Martin, manager of the Dying to Know Day campaign, which was initiated by the Groundswell Project. 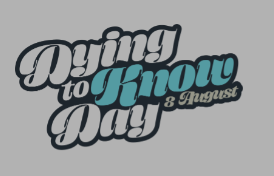 Held on August 8, the day seeks to make death and grief less taboo, and to raise awareness about end-of-life planning. This year marked its tenth anniversary. It is also the first year Martin has been able to organise face-to-face events since beginning her position as National Campaign Manager of Dying to Know Day in March 2020. The COVID-19 pandemic is one of the biggest global disasters experienced by our generation and people around the world were forced to witness death through the loss of friends, relatives, and well-known figures as hospitals and cemeteries became overcrowded.

“I don’t think there has been a time in my life where it has ever made us confront death and dying and our own mortality, and as to what we do with that”, Martin says

Even though the pandemic has prompted an increased attention to death, it left many people struggling to navigate the death industry and cope with loss and death in emotional and practical ways. This practical knowledge and emotional understanding of death is also known as ‘death literacy’.

One of the first people to push for use of the term was researcher and psychologist Kerrie Noonan, who says it wasn’t readily accepted..

“When I first started talking about death literacy…. It was such a strange concept to everyone. Some people would go; ‘I hate that term, that’s a terrible term, I don’t understand it, that’s just so harsh.”

Noonan formerly worked with The Groundswell Project, which she co-founded with writer and artist Peta Murray, as a way to talk about death, dying, and grief in a creative way. For ten years, Noonan and Murray worked together to raise awareness and develop programs like Dying to Know Day.

Noonan’s research such as her paper, Developing death literacy as well as the Death Literacy Index, was pivotal in leading to a worldwide initiative to research death literacy.

“The more knowledge that we have, and the more we know how we deal with death, dying, loss and grief, the better we’re capable in terms of being able to support others, because our anxiety isn’t in the way,” she says.

One grassroots initiative designed to respond to people’s anxieties about death is the ‘Death Cafe’, one-off events where strangers come together to discuss death and grief over food and drinks. They’re free of charge and confidential, allowing people to have an open conversation about something that many might find too confronting.

Like those who started Groundswell, Death Cafes, which originated in 2011, came from a concern that modern society’s lack of exposure to death left many ill-equipped to deal with it. Their founder, UK web designer Jon Underwood was inspired by Swiss sociologist Bernard Cretaz and his Café Mortels movement. Cretaz often critiqued society’s response to death, likening the silencing of conversations around death to “tyrannical secrecy”. Underwood tragically died in 2017 at the age of 44 just a few years after the first Death Café was held in Australia.

Death Cafes are less morbid than what some people may assume. The conversations are often candid and simple in nature. Talking about and listening to each other’s lived experiences related to death over food, without any judgement or agenda has been effective in empowering attendants.

“You don’t ever have to speak in a Death café,” says Martin. “When you’re comfortable, that’s when you’ll be welcomed to speak up about something. So for a lot of people, they’re starting to build their death literacy by listening to other people’s stories.”

Death Cafes can be a comfort to many, but it is also an unfamiliar concept to many people. Martin says some find the name too confronting.

“The greatest feedback that we get about a Death Cafe particularly in Australia is, people don’t even want the word ‘death’ to be used. They want it to be called a ‘compassionate cafe’ or something that’s a little softer.”

“What we’ve learned is, that the more literal we are about our language, as in even the word using the word “death” in the context of Death Cafe, people know what they’re turning up to.”

Annie Bolitho, author of Death: A Love Project, assisted the first Death Café in Australia in 2013. When it was run by late activist and funeral assistant Kathy McCormick after a trip to England, where McCormick met Jon Underwood himself.

“I feel very privileged that I learned about [Death Cafes] so directly from someone who’d learned from the founder,” Bolitho tells upstart. 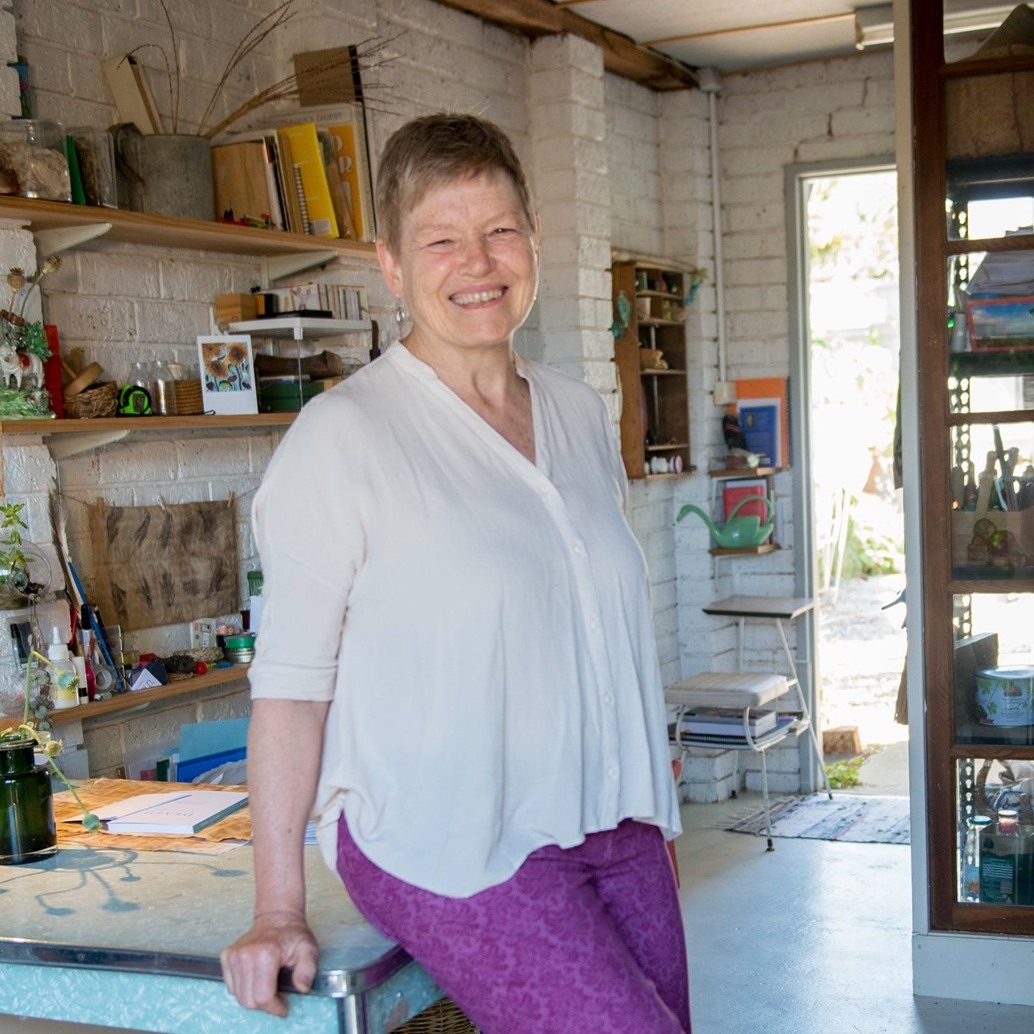 Annie Bolitho has been holding Death Cafes for almost a decade. Photo: supplied.

Over the last decade, Bolitho has held several Death Cafes all over Melbourne and considers herself very comfortable talking about death. According to Bolitho, every event has been different.

“You’re coming together with people who have similar questions and interests,” she says. “But it’s not people you know. And that means that everyone brings a different experience and there may be interesting connections in those experiences, but it’s always a surprise, whatever is discussed.”

There are no specific qualifications needed to run a Death Café, but one thing Death Café holders have in common is lived experience, which is what allows them to facilitate these conversations.

“You have to be comfortable to welcome everybody’s grief into that space,” Cherelle Martin, Dying to Know Day campaign manager, says. “Because often what holds us back from taking more action, and having more conversations around death and dying often comes from a lived experience where it wasn’t a great experience.”

Martin has also held Death Cafes and has found that its semi-anonymity provides a great source of comfort to those that attend even when they come in with anxiety or grief, and is an outlet for people to express themselves when they feel uncomfortable opening up to family and friends.

“We had a man turn up who had six weeks to live,” she says. “He turned up because nobody in his family wanted to talk about end of life [and] the fact that he was dying, but he needed somewhere to say, ‘I don’t know what to do, I don’t know what I should have in place, and I just want to be able to say out loud that I’m dying, and it really terrifies me’. It was okay to talk about that there and everyone sat and listened.” 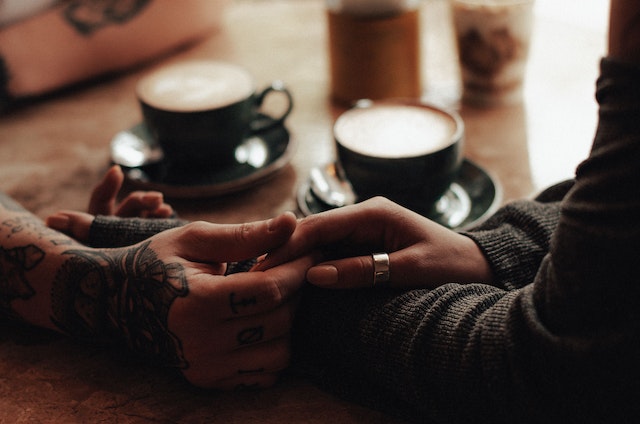 Although Death Cafes are considered safe spaces open to anyone, the same can’t be easily said for other end-of-life services such as funerals or health care. This can especially be the case for people from minority groups, including LGBTQ+ individuals, according to Alex Antunes who works in aged care and, is the Treasurer of Natural Death Advocacy Network (NDAN).

Antunes sees many people from the LGBTQ+ community who are more likely to avoid the healthcare system due to trauma related to discrimination, which in turn can affect their death literacy.

“There’s a lot of hesitation to come to get medical care. Sometimes there’s hesitation about going into being examined, there’s [an issue of] consent over what happens to their bodies and it can be really traumatic. There were a lot of people who lived through a time where being gay was punishable by law and so, there’s distrust in the system,” Antunes tells upstart.

Antunes’ identity as a queer woman drove her to advocate for more inclusive end-of-life care. She recently held a Death Cafe for LGBTQ+ people, to discuss death in an LGBTQ+ context and, to create awareness amongst the community to access end-life-care.

“There are a lot of issues that I think mainstream heterosexual society will not understand. Not that they may consciously make a place not safe, but they may not have the experience and the understanding and the training to make places safe.”

The discrimination of transgender and non-binary people doesn’t stop at death, as they can still be misgendered, deadnamed, and buried in the wrong identity at their funeral. Antunes says that advance care planning is important for people who are LGBTQ+ because it makes sure that their identity is legally respected during the end-of-life process.

“There are young people who, perhaps don’t have positive biological ties, their biological parents or family may not be accepting of them, and they may have different values,” Antunes says.

“So if this happens and if that person then gets dementia or a brain tumour, and is unable to make any decisions or suddenly dies, they don’t have any agency, and the blood family may not know what they want.”

Like many of her peers, Antunes’ journey into the end-of-life care space was driven by lived experience. When Antunes was left to care for her immigrant father, she listened to his last requests about his end-of-life preferences. However, her lack of death literacy and the isolation from her extended family in Portugal left her disempowered when making end-of-life decisions on her father’s behalf.

“I didn’t know that [his preferences] needed to be in an advanced healthcare directive”, Antunes says.

“I was actually powerless when it came down to it. I couldn’t do anything, I couldn’t help him and It was quite traumatic, so it took me a while to work out after he died that this is what I wanted to do.”

“Dying is not a failure”

In order for there to be fewer traumatic experiences when dealing with death, we need to be death literate as a society. Researcher Kerrie Noonan suggests that education and implementation of end-of-life options and care should be applied in the workplace and in health care.

“All health professionals have a role to play in dying. And that dying is not a failure, that dying is part of the care that we provide.”

Photo: A Person Holding a Wooden Coffin by Pavel Danilyuk is available HERE. The photo has not been modified.

Article: Sunehra Ahmed is a second year Media and Communications (Journalism) student. You can follow her on twitter on @SunehraAhmed1