In the closed world that is the English Premier League, Leicester City have blown the house down. Rudi Edsall reports. 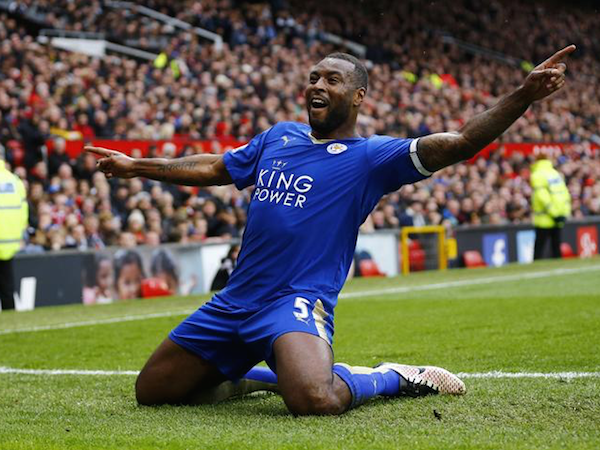 Leicester City have won the English Premier League in what will go down as one of the biggest sporting fairy tales of all time.

They were crowned champions this morning Australian time when their nearest competitor, Tottenham Hotspur, failed to beat Chelsea away at Stamford Bridge.

Spurs were leading 2-0 at half time but failed to capitalise, with Chelsea’s Eden Hazard equalising in the 83rd minute.

For the first time in their history, Leicester City are the champions of England.

The final whistle sparked scenes of wild celebration at Jamie Vardy’s house, where the Leicester City players were watching the game.

The East Midlands club – colloquially known as the Foxes – were never considered a serious chance to win the competition.

The Premier League works differently to most Australian sports, with no salary cap or methods of equalisation meaning that the biggest, richest clubs dominate.

The amount of money on offer for winning the competition and the resultant entry to the European Champions League ensures that the most profitable clubs maintain a stranglehold on success.

For context, Leicester’s victory has made them the sixth club to win the competition since the league broke away from the English football pyramid in 1992.

In that time Manchester United has been the dominant club, winning the league 13 times in 24 seasons.

Sport has a rich history of outsiders winning championships they weren’t supposed to.

The most famous example is the US ice hockey team defeating the all-conquering USSR at the 1980 Winter Olympics at Lake Placid, the so-called “Miracle on Ice”.

There have been many other stories similar: Greece winning the European Championships in 2004, the New York Giants beating the previously undefeated New England Patriots in 2008, Hawthorn finishing over the top of a heretofore all-conquering Geelong in 2008.

What makes the Leicester story different is that all of those wins were in one off games – grand finals, Superbowls – while the Foxes have won by being the best side over a whole season.

There are no playoffs in the Premier League; the team that is anointed champions does so by having the best record over 38 games.

That Leicester might do so was considered so fanciful that they were a 5000 to one chance before the season’s start, but they are a team that have gotten used to defying odds.

In 2014/15 Leicester pulled off an amazing turnaround; they were bottom at Christmas – traditionally the death knell for a Premier League side – and managed to avoid relegation by going on a winning run.

It was particularly embarrassing for a club with Thai owners, and it also led to the sacking of manager Nigel Pearson, whose son was among the players let go.

The man brought into replace him was Claudio Ranieri, a journeyman manager who had helmed some of Europe’s biggest clubs – Juventus, Valencia, Roma, Inter Milan – but had never been able to take any of them to their national league titles.

His most recent body of work in the Premier League came with Chelsea, where he had been sacked for Jose Mourinho in 2004.

The last job he’d had anywhere was an abortive stint in charge of Greece’s national side, which ended after four games including a humiliating loss at home to the lowly Faroe Islands.

Ranieri’s appointment was viewed with trepidation – he was immediately installed as favourite for first manager to be sacked – but he quietly set Leicester up for success.

Ranieri initially set the mark of success for Leicester’s season as a tally of 40 points, which has traditionally been the amount required to avoid relegation.

He had to keep reassessing the terms of the season after that however. He rode each achievement publicly, leaving the pitch openly in tears when the Foxes officially qualified for the Champions League.

Ranieri’s (somewhat pejorative) nickname is “the Tinkerman”, a nod to his perceived over zealous squad rotation whilst at Chelsea.

However it was his ability to stick to a winning formula that saw the Foxes to the head of the table.

The recipe at Leicester is an ability to soak up pressure – only five times in 36 games have they had more possession than their opponent – and then hit back on the break through the searing pace of talismanic striker Jamie Vardy.

The towering defensive duo of Robert Huth and captain Wes Morgan ensured solidity, while the central midfield pair of Danny Drinkwater and N’Golo Kante covered every blade of grass.

Algerian schemer Riyad Mahrez provided the attacking spark, and his partnership with Football Writer’s Player of the Year Vardy was prolific.

Regardless of what happens to Leicester from here, whether or not they can compete in the Champions League, if they sink like a stone next season, they’ve pulled off the biggest coup in Premier League – and possibly sports – history.

No one can take away the joy the Foxes have brought back to football.

Rudi Edsall is a third-year Bachelor of Journalism (Sport) student at La Trobe University, and the current editor upstart. You can follow him on Twitter: @RudiEdsall.