Australian competition watchdog is now drafting a mandatory code of conduct which will make Facebook and Google pay for the news content they use. 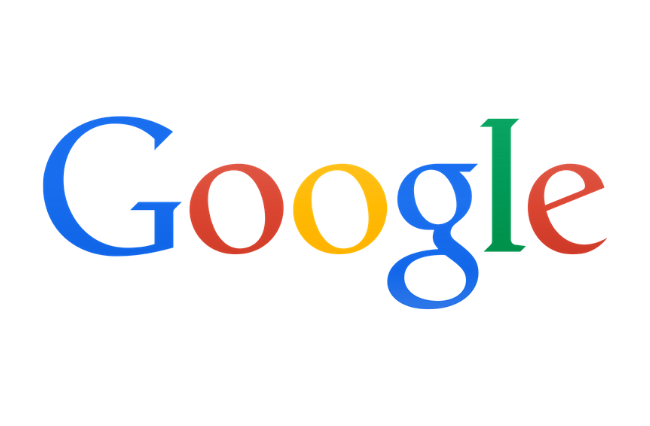 Australia is determined to be the first country in the world to successfully force tech giants Facebook and Google to pay for news content.

Treasurer, Josh Frydenberg announced this morning that the Australian Competition and Consumer Commission (ACCC) is now creating a mandatory code of conduct, which will force Facebook and Google to pay Australian media companies for using their content.

This is to create a level playing field between tech giants and traditional media companies and to create a sustainable Australian media landscape in the digital age.

Frydenberg has said it is only fair that the search engine and the social media giant pay for the original news content that they use.

“Hard-working journalists across the country are generating content all the time and the social media giants are using that content to get traffic to their websites – but not paying for it,” he told Sunrise.

After the 2019 digital platforms inquiry, the ACCC found that in Australia Facebook and Google were taking a large share of online advertising revenue, despite most of their content coming from other media organisations.

The 18-month inquiry found that 19.2 million Australians used Google every month, 17.3 million used Facebook and an additional 11.2 million used Instagram which is owned by Facebook. It also found for every $100 spent in online advertising, $47 went to Google, $24 to Facebook and $29 to the rest.

The original plan was for the ACCC to enter conversation with Facebook and Google and create a voluntary code of conduct that would address this bargaining power imbalance, but this made no meaningful progress.

The next step is to create this mandatory code of conduct which is set to be enforceable by the end of the year.

The code will require Google and Facebook to tell companies when algorithms would affect content ratings change, to rank original source news higher in search page results, share data with media companies and then share the revenue generated from news.

The fact that the code is now a mandatory one also means it will include penalties and binding dispute resolution mechanisms.

The plan to create this code of conduct has been circulating for some time but it is being fast tracked due to the collapse in advertising revenue amidst the COVID-19 pandemic, which has seen many Aussie news rooms close or significantly scale back their operations.

However, the challenges of such a code are not to be underestimated. Whilst Australia could be the first to implement a successful code, we wouldn’t be the first to try.

In 2014 Spain passed legislation which required google to pay for the article extracts they published. This led to Google News shutting down, the service has not reopened since.

Last year France told Google it would have to have authorisation and pay for any material reproduced. In response Google said they would not display any French news unless they were able to do so for free.

This was seen as an abuse of market power which is now being investigated.

This task is not without its complications but if it can be implemented successfully then it will create a “fairer go for all” said Frydenberg in a Tweet this morning. 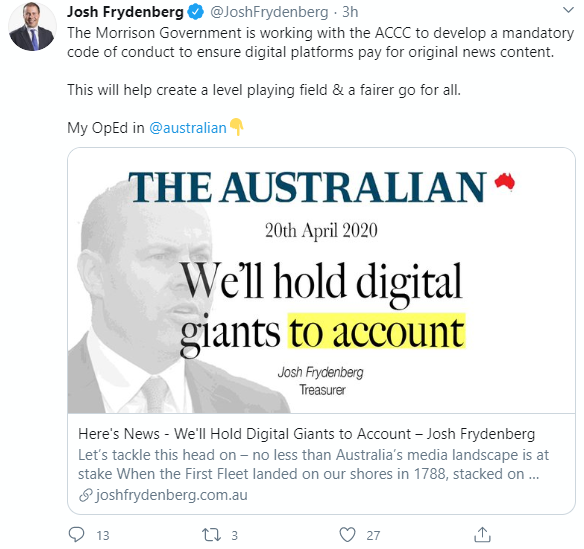 Over the next three months, as the code is developed, there will be much to do as Australia seeks to be the first to successfully implement a code like this. Evening the playing field between Australian news media and Facebook and Google which have each become unavoidable trading partners.

Photo: Official Google logo from 2013-2015 by Google INC available HERE and used under a Creative Commons Attribution. The image has not been modified.