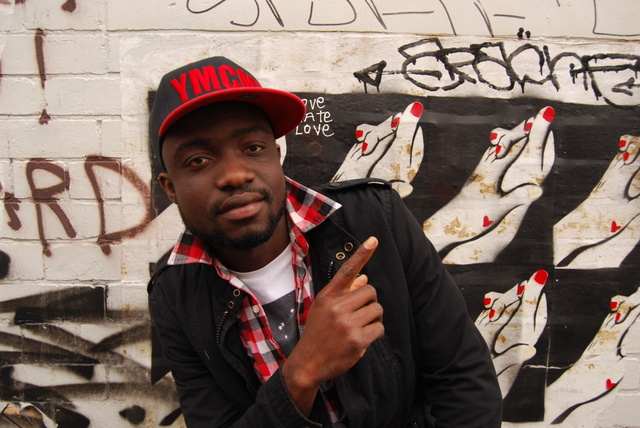 The West African country of Liberia is constantly making history. Not only did it elect Africa’s first female president Ellen Johnson Sirleaf in 2005, but it’s also Africa’s oldest republic. Liberia won its independence in 1847 from the American Colonisation Society, who were a group of repatriated African-American and Caribbean slaves that colonised the country in 1822.

As the Republic of Liberia turned 165 on the 26th of July this year, the small but solid Liberian community from all over Australia traveled to Brisbane. Every year, on that pivotal date, they unite and celebrate Liberia’s sovereignty, its diverse culture and also to remember its devastating history. It is a tradition the Liberian migrants conceived from years of uprooted cultural and national fragmentation.

Almost 3,100 Liberians live in Australia with the majority arriving under the UNHCR (Special Humanitarian Program) as refugees.  Festus Zarwue, a 22-year-old fashion designer, is one of them.

He joined the refugee and migrant fashion school The Social Studio (TSS) shortly after he arrived in Australia.  Zarwue’s unique craftsmanship combines the skills he had brought from Guinea with the techniques he learnt at TSS. He has been an important figure behind the school’s fashion label and runway shows, including the launch of its spring collection, TSS SIX, earlier this month.

‘I was really good with working with my hands and I loved fashion and being creative,’ he says.

Zarwue now works in the design studio of the trendy jeans label Nobody and plans to kick start his own fashion label in the future. But for now something else has caught Zarwue’s attention.

‘We’ve never had a Liberian radio program in Australia,’ he points out.

Zarwue is a member of the youth leadership group that forms part of the Association of the Liberian Community of Australia. It’s president, John Sandy, has been working with Melbourne community radio station 3CR  in a project that will provide the Liberian community a platform to tell its own stories.

‘It’s such an important resource for newly arrived and refugee communities to be able to get information from their own community and really helps to break down social isolation,’ 3CR station manager Marian Prickett says.

‘Refugees are so often spoken about in the mainstream media but rarely does it provide an opportunity for these groups to speak for themselves.’

The radio program will feature news and events from the Liberian community, as well as music from Liberia and music produced in Australia by Liberian musicians.

Zarwue is currently completing a radio-training course at 3CR with three other members from the ALCA.

‘It will be an incredible thing within the Liberian community, especially having youths like us presenting the program because we’ve been through a lot,’ he adds.,’ Zarwue says.

Losing his father to the war, Zarwue left his home and capital city of Liberia, Monrovia, when he was six years old.  The year was 1996 and his country was engulfed in a civil war and with violence ensuing Zarwue and his family walked the dangerous trek to Guinea.

‘It took us over a week and we walked night and day. Just to find a new life,’ he says.

Making history again, Liberia is home to one of Africa’s bloodiest and longest wars, which tore the country apart for 14 years.  Its impression is still visible in the infrastructure across the nation’s impoverished landscape.  Electricity and clean water is still a rare luxury for its population of 4.1 million people.

Unrest stemmed from Liberia’s colonisation and continued after its independence. For years the minority of Americo-Liberians dominated over the indigenous African tribes.

Liberia has 16 ethnic groups that make up 95 per cent of the population and years of governmental oppression made the country vulnerable to civil unrest and rebel uprising.

It wasn’t until 1980 when Liberia’s first indigenous president Samuel Doe led the country for a decade. But then control moved to the hands of the National Patriotic Front of Liberia, led by Africa’s most notorious warlord, Charles Taylor.

During Taylor’s rein 250,000 people were killed, child soldiers as young as 10 were forced to fight and 1.5 million people were displaced.

This year, Taylor became the first convicted former head of state to be trialed by an international court for war crimes since the Nuremburg trials proceeding World War II.  The 64-year-old Taylor was sentenced to a 50-year jail term.

Ellen Johnson-Sirleaf won a Nobel peace prize in 2011 for her efforts to rebuild Liberia’s economic, political and social foundations.  The wheels of progress are slow however, Johnson-Sirleaf is driving her country into a new direction.

One of the first changes she accomplished was generating electricity in Liberia’s capital and during her first term she passed West Africa’s first Freedom of Information Act.

Zarwue’s face lights up when he speaks about his country’s leader.

‘I’m very very proud.  She has made some great changes and if you talk to people back home, there’s now some positive news,’ he says.

But Zarwue aims to broadcast the positive news coming out of the Liberian community so he can motivate others his age that are still adjusting to a new life in Australia.

‘Getting involved with radio will build the confidence and motivation that Liberian youths need, and it will bring them together.’

Danna Diaz is a third year Bachelor of Journalism student at La Trobe University. You listen to her on 3CR’s news & current affairs Breakfast program on Wednesdays or follow her on Twitter: @dannamdiaz