It’s incredible to think in this increasingly digital world, there would be any room to appreciate ‘old’ technology. Despite it all, there are a growing number of (usually) young bloods embracing the art of analogue photography.

The Lomography movement began in Vienna, Austria, in the early 90s with the discovery of the Lomo LC-A camera by a couple of students. The photographic results of this simple plastic camera were of a nostalgic beauty, and so the demand for the camera grew fast. The fallout of this initial demand was a worldwide distribution deal, and the founding of the Lomographic Society International and the 10 Golden Rules of Lomography.

Lomography is arguably the most visible group behind plastic lens cameras, however there are many other companies that manufacture and sell them too. To date, there have been countless exhibitions and events held in the name of analogue photography, and it has become a worldwide phenomenon.

The cameras themselves are as simple as you can get. Often called ‘toy cameras’, they are made of plastic and don’t use batteries. The plastic lenses of the various models are the reason behind the often-imperfect images. While some would view these images as low quality, uncontrolled or out of focus, it is this grainy ‘vintage’ quality that seems to make it unique. 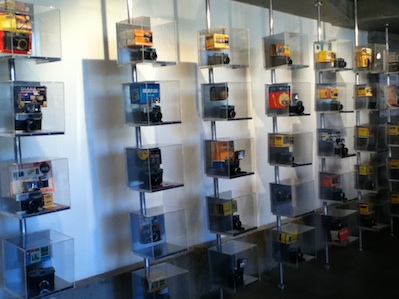 Ironically, it is the wide use of very modern technology that has helped this movement gain momentum. An iPhone application that replicates the vintage-style imagery has been one of the most popular in recent times, and it would seemingly render traditional film photography obsolete.

Most communication and sharing within this community, is through the Lomography website, allowing for global interaction. This kind of accessibility has been instrumental for its popularity with a new generation of photography fiends, many of whom have never loaded a roll of film in their lives.

Photographer Ian Tatton has worked with many digital and analogue cameras throughout his career but says some of his most personal images were captured with the little plastic lens.

‘Everyone thought the iPhone would be the death of the Diana Mini,’ he says.

‘But it’s given it new life. People are now finding photography through the cornerstone of film and a plastic lens.’

Tatton says the unpredictable nature of film photography is what makes it most attractive to him and people need to embrace the ‘mistakes’ often created by plastic lens photography. He says analogue photography makes use of skills not required with digital photography.

‘The digital age is very democratic,’ he says.

‘Quality has not changed because of digital photography. Film is meditation, it’s consideration, it’s visualisation. I think somewhere along the line [visualisation] got lost.’ 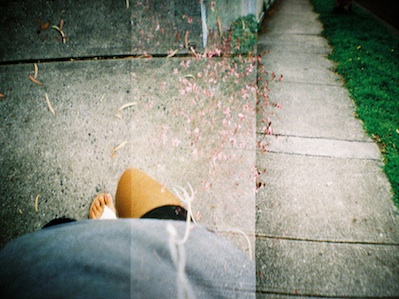 Analogue enthusiast Farah Musson has been intrigued by the film developing process since high school and recently experimented with her first roll of film using the Diana F+ camera. She says there is something ‘satisfyingly personal’ about it all.

‘What I like about analogue is the not knowing, the unexpected,’ she says.

‘Going to get a bit deep, but to me it’s almost therapeutic. You can plan for things and have these expectations set out about how you want things to turn out but at the end of the day… you have no control…One almost has to accept, surrender to the film gods. I like it that way.’

While there is no stopping the relentless digital innovations, there will always be a niche market for the art of film and lens. Whether this movement will maintain its popularity in the coming years is widely debated, but right now it is safe to say that analogue photography is well and truly alive. 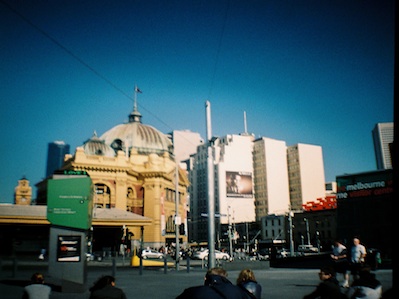 Khairun Hamid is studying Master of Global Communications at La Trobe University and is part of the 2011 upstart editorial team. She recently traded in Perth’s sunny beaches for Melbourne’s bright lights.