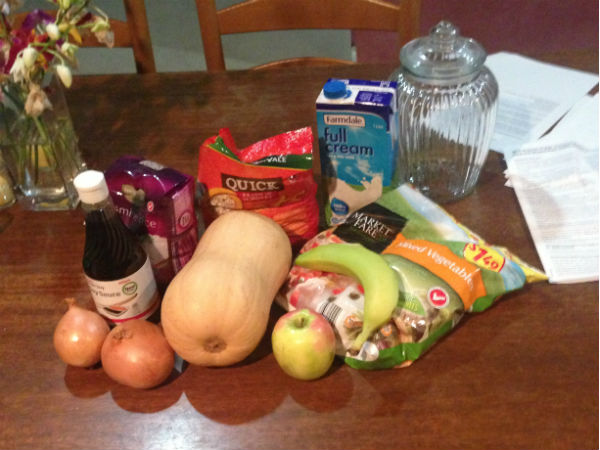 From the sixth to the tenth of May, I was one of over 8000 Australians participating in The Oaktree Foundation’s Live Below The Line (LBL) campaign. The challenge: eat on a budget of $2 per day, to raise money for education programs in Cambodia, Papua New Guinea and Timor Leste – some of Australia’s closest and poorest neighbours.

How hard could it be?

Shopping for food on such a tight budget was a challenge to say the least, full of heartbreak and hard decisions. I had to say goodbye to two of my three bananas and choose between milk and bread. In the end I had a reasonably balanced mix of food; however, with no oil, salt, pepper, sugar or protein, I was in for a bland week.

I was going to do a day-by-day food photo-diary, but I soon realised that would just look like a Groundhog Day menu. 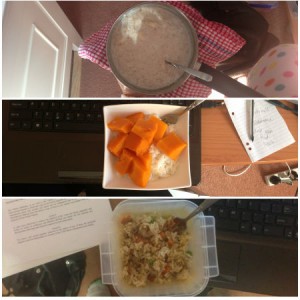 There were serious coffee and sugar withdrawals, which together brought on a five-day long headache. There was temptation when my housemates cooked eye-fillet right in front of me and went out for dinner and drinks without me. There were extremely low points, such as when I found an old chocolate wrapper in my backpack and may or may not have scanned it meticulously for remnants.

However ‘traumatic’ my week was, it was relatively superficial. I was choosing between milk and bread, while those in extreme poverty choose between education and medication, food and transportation.

The bright-side was, to date, I have raised over $1,200, which may be more important than ever as funding is imperative to ending extreme poverty in a timely manner.

Unfortunately, Australia does not seem to recognise the urgency of this issue.

The World Bank states that 1.2 billion people live off $1.25 US a day, which is classified as extreme poverty. It also states that the amount of people living in these conditions has halved since 1990, a reason that organisations like The Oaktree Foundation believe extreme poverty can be eradicated in our lifetime.

Fundraisers like Live Below the Line are undoubtedly important and can create real change. However, CEO of World Vision, Tim Costello, told Sunrise that it is imperative for the government to give their fair share.

“Private giving is really important, however, it’s not the largest part. If you’re going to save lives, really turn around health and education, you’ve got to be doing both, it’s not a choice,” said Costello.

Currently the Australian Government allocates 0.35 per cent of national income to foreign aid, which equates to 35 cents out of every $100. Kevin Rudd made an election promise in 2007 to raise that figure to 0.7 per cent by 2020 which was expected to be carried on when Julia Gillard took the reigns of power.

To achieve the pledge, the government need to commit 0.5 per cent by the 2015-2016 budget, although, it is expected that this target will be deferred until 2017-2018. The government is set to raise the foreign aid contribution to 0.37 per cent in the imminent budget, however, with such slow process, the end goal seems unattainable.

Australia is lagging behind many other developed nations, including the UK, who pledged to lift its aid spending to 0.7 per cent by 2015, even though the impact of the Global Financial Crisis on Britain has been much greater than for Australia. They are keeping track with this pledge and will meet this goal on time.

Members of Non-Government Organisations and the Australian public have been frantically rallying for the government to keep to their original promises, utilising the #DontCutAid hashtag on Twitter.

However, with the pressure to address asylum seekers and reach a surplus, it may be falling on deaf ears.

It seems as though the Australian government will be breaking another promise today regarding the national budget.