Should the base rate of Australia's unemployment benefit be raised? 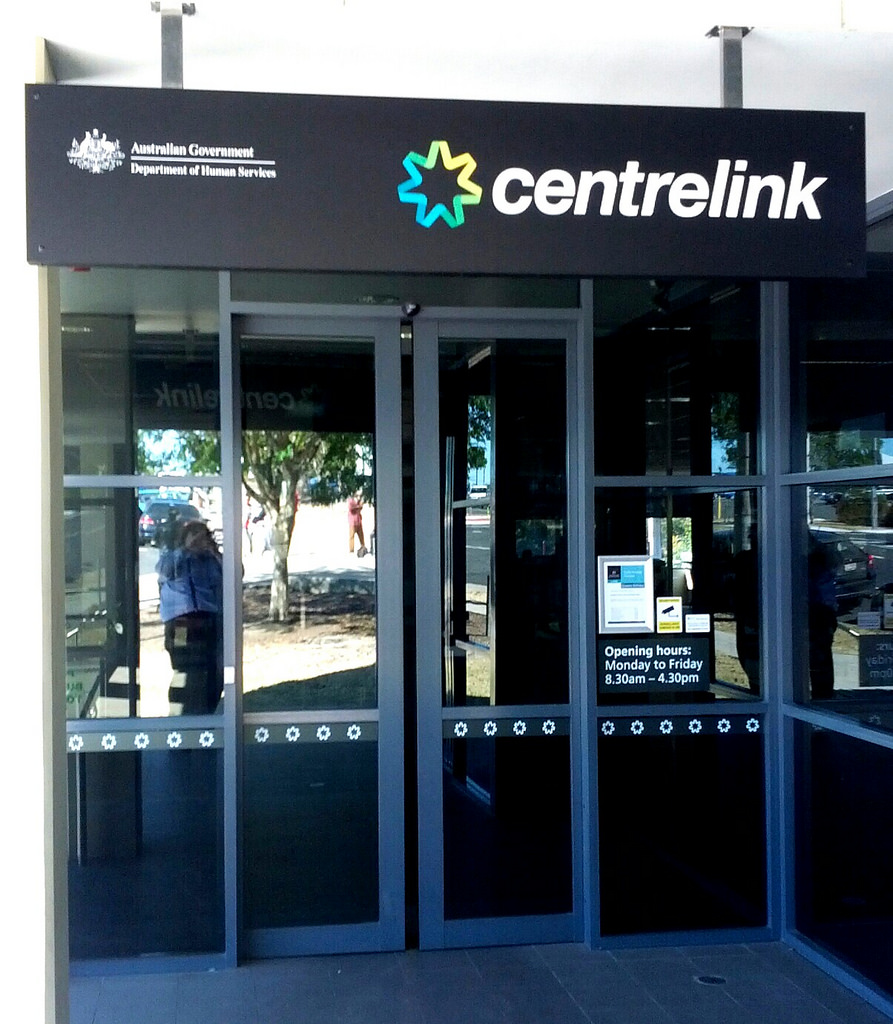 La Trobe student Alex, who requested to remain anonymous, is. He found himself on the unemployment benefit, Newstart, after leaving a long-term abusive relationship in 2016 and deferring his course due to mental illness.

Before studying, he travelled around Australia and lived abroad doing sporadic work.

The maximum fortnightly payment a single, childless person on Newstart can receive from Centrelink is $545.80, or roughly $39 per day, according to the Department of Human Services.

Alex has had to sacrifice socialising to be able to eat and pay rent in a Preston share house.

“Sometimes I struggle to pay rent and have to ask for money,” he told upstart.

“I live a simple existence. I don’t eat lavishly. I don’t drink a lot. I don’t have a car. I don’t drive. I catch public transport everywhere. I try and live reasonably cheaply.”

After starting a casual position at a voting centre during the 2016 council election period, Alex began to experience a sleep condition known as “hypnic jerk” or “sleep start”.

A hypnic jerk is an involuntary muscle spasm a person may experience as they are drifting to sleep. Although considered relatively normal and harmless, it is a debilitating experience for Alex.

“Just as I was about to sleep, I would burst awake, feeling like I am dying,” he said.

“Every night I would wake up in a pool of sweat.”

Alex developed a fear of working after his contract ended and he returned to study.

“I became scared of working again because that [hypnic jerk] started when I was working,” he explained.

“I have been extremely fearful, so I haven’t been properly trying to look for work.”

Alex found his local job agency to be “more or less useless”.

“They just want to tick a box,” he said.

“If you get a job while you are their client, they get greater funding from the government and I think that is an awful system.

“I feel like I am seen as a pay check and not as a human.”

Alex criticised Liberal backbencher Julia Banks’ comment that she could live on Newstart as “extremely out of touch with the reality of life”.

“It is a one-dimensional way to paint a complex problem,” he said.

Western Australia Greens Senator Rachel Siewert, who lived on Newstart for a week in 2012, challenged Banks to do the same.

“She should put her money where her mouth is,” Siewert told upstart.

The federal government did not increase Newstart in this year’s budget, despite leading economist Chris Richardson calling for a $50-per-week raise.

In a National Press Club Address, Richardson described the unemployment benefit  “embarrassingly inadequate” and proposed immediately indexing the payment to wage, like the age pension, rather than the Consumer Price Index.

“Newstart hasn’t kept up with the national standard of living for more than a quarter of a century, shrinking sharply as a share of average and minimum wage and relative to the age pension,” he said.

“And it’s set to shrink even further, as it’s indexed to price rather than wage.”

Newstart has not increased, outside inflation, since 1994, when the Labor Keating government last raised the base rate in March that year. 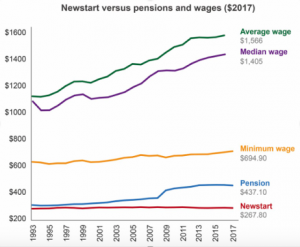 There is no indication that the Liberal government has a plan to legislate change to the unemployment benefit.

“I was in favour of freezing that [Newstart] when it happened, but I think the freeze has probably gone on too long,” he told a post budget breakfast in Melbourne.

Opposition Leader Bill Shorten has promised a “root and branch” assessment of Australia’s welfare payment system if Labor is elected but has not explicitly committed to increasing Newstart.

“There is no doubt that there is a problem with the payment level,” he told a press conference.

“That’s why we’ve said we want to review it, and we think the government would be very sensible to join us in this approach.”

“That is the amount recommended by the Australian Council of Social Service (ACOSS),” she said.

Should rent assistance be increased?

The maximum fortnightly payment a single, childless person can receive for rent assistance is $134.80, according to the Department of Human Services.

In Alex’s case, he can currently receive a maximum of around $90 per fortnight as he is house sharing.

“An increase would not only provide quality of life for a person on Newstart, but greater dignity,” he said.

“If you want someone to take control of their own life, you have to give them dignity.”

Alex is optimistic about the future. He has recently received clarity about his mental health condition: a psychiatrist suspected he has a mild case of psychosis.

In the past year, he has quit smoking marijuana and reduced his caffeine intake – both contributed to his regular hypnic jerk.

“In the last month, I started sleeping properly and now I’m determined to get a job,” Alex told upstart.

“Now that I feel like I am recovered, I’m keen and I think I should have a job soon once I apply myself.”