Why your good intentions may be a part of the problem, rather than the solution. 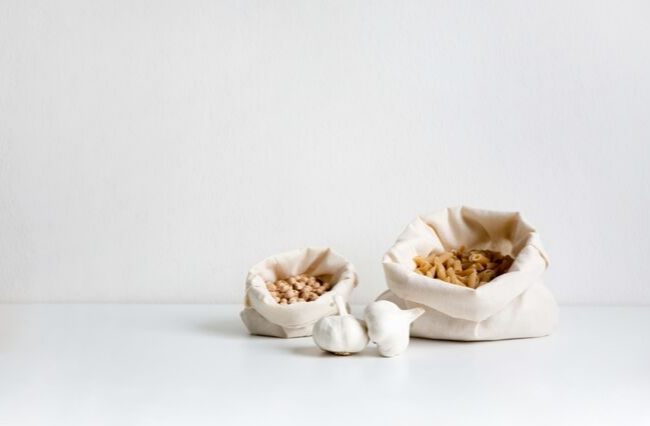 Have you heard of conscious consumerism? It’s a part of a global movement where you buy or purchase goods and services while being mindful of the impact it will have on the planet. It has led people to live a waste free life, however, in the current conditions it is a challenge, but it’s not impossible.

Environmentalist and blogger behind, Gippsland Unwrapped, Tammy Logan promotes the maximisation of resources and the minimisation of waste. She says that your ability to successfully live a waste free life depends on where you live.

“The challenge is at the moment, that it’s really dependent on circumstance and privilege and those sorts of things,” Logan told upstart.

“It’s really about changing the culture and the social norm. That’s why I do it.”

According to the National Waste Report the average Australian produces 2.7 tonnes of waste each year. As a nation, we produce 64 million tons of waste and we have generated 6.3 billion tons of plastic.

Logan suggests doing a bin audit is a great way to consciously minimise our waste and identify our individual problem areas.

“A good place to start is to do a bin audit. So, go through your bin and have a look at what things are an issue for you,” she said.

Logan also knows that her small individual action isn’t going to be the solution to saving the planet and she says that it will take more people and organisations to create a cultural shift.

“Hopefully the more people thinking like that, we can have a big cultural shift and make those changes from business and government more acceptable,” she said.

When it comes to living a waste free life, minimisation is key, rather than perfection. Logan says that it’s not about perfection, and people should look at the materials they are using and the design, making it easier to reuse, recycle and repurpose.

“Many people are just looking to swap one type of consumption with another, so they get really excited about [the] zero waste movement, throw out all their plastic containers and buy brand new stainless steel ones that do exactly the same job,” Logan said.

“[The] zero waste movement is about a vision, a goal, we are striving to … minimising our waste, [and] changing attitudes towards consumption.”

Environmentalist and sustainability consultant apart of Zero Waste Victoria, Kirsty Bishop-Fox believes that people donate their clothes to op-shops, but then replace them with brand new clothes, instead of repurposing.

“Another feel good thing people do is go, ‘okay I’ve got these clothes, now I’m going to donate these clothes to an op shop and that op shop is going to manage my clothes’ and then they go and buy new clothes, and that is a really big problem because it’s contributing to the problem,” Bishop-Fox said.

“But if they took those clothes and they dropped them off and they go ‘so now I’m going to shop here’ they would actually become part of the solution.”

Another solution to minimise waste is the use of a reusable coffee cup. Reusable cups are becoming increasingly popular, and minimisation is becoming a key principle.

Research from a CIRAIG study suggests that for a reusable cup to become a viable option, the consumer would have to reuse the cup for several years.

“It would take between 20 and 100 uses for a reusable cup to make up for the greenhouse gas emissions of a single-use cup. For ecosystem quality indicators, it could take more than 1,000 uses.”

The study found that reusable cups scored well when it came to climate change. They were associated with fewer greenhouse emissions compared to a single use product. But they we’re disadvantaged when it came to ecosystem-quality indicators.

But if we were to all minimise our waste by using a reusable cup, everyday we’d save 2 million, 700 thousand disposable coffee cups each day from landfill.

Companies such as Wash Against Waste are a solution to help minimise our plastic consumption and make our reduction of waste easier.

Wash Against Waste is an innovation that provide events with reusable plates, cups, and cutlery as a solution to single use products.

CEO Andrew Rance says business like his aren’t about being the absolute definite solution, but it’s a step forward to help minimise our waste and make a greater impact.

“It’s empowering people and it’s giving them a sense of hope and I don’t begin to think it’s the absolute significant solution, I’m not under the illusion,” Rance told upstart.

“[It] also gives a spot for people to have a chat and it creates conversation. I think we’ve seen what happens when we don’t talk to each other and don’t understand each other in terms of the political dynamics we are facing globally at the moment.”

Rance says events are great places to encourage people to be more conscious and try and minimise plastic in their own life.

“When we’re at social events or at a community event, it’s a breathing ground for people crossing paths that might not normally do so. [They] have something to talk about, that’s positive, simple and rewarding and has ecological performance and has economic activity,” he said.

Being a conscious consumer may not save the planet on its own, but it is creating a cultural shift in our society. According to Kirsty Bishop-Fox, it needs to be demanded on an individual and global level.

“There are three parts to this equation; the consumer, the business and the government regulation. If we’re waiting for one to happen, it’s never going to work. Three have to happen and obviously, it’s not, but everything an individual does makes a difference, even if it doesn’t feel like it.”

Photo: Minimalism by Laura Mitulla available HERE and used under a Creative Commons Attribution. The image has not been modified.

Katerina Koteska is a third-year Bachelor of Media and Communications (Journalism) student at La Trobe university. You can follow her on Twitter @KoteskaKaterina