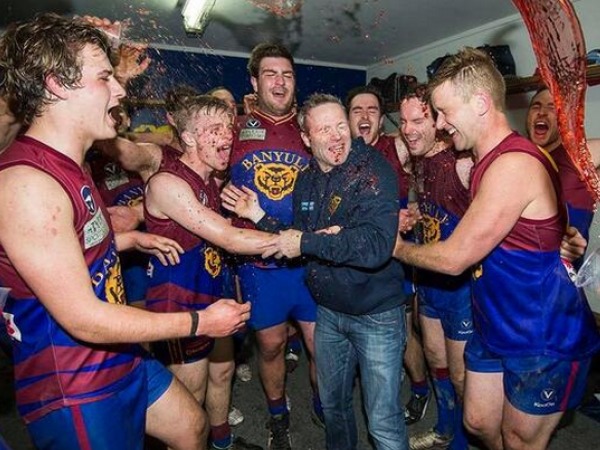 Local football has never been under so much strain, and weekend work appears to be the cause.

For Banyule, a club in Melbourne’s northern suburbs, an acknowledgement of this came in the form of an in-club vote on Tuesday night.

The past two seasons had brought too many lost games, lost players and lost funds. The Banyule players and officials had to decide whether to drop their amateur status, in an attempt to curb the preference of fans and players prioritising weekend work over sport. 93 per cent accepted the proposal.

“This is about the survival of the footy club,” Almalfi told the Heidelberg Leader.

“The world evolves, and while the Amateurs (Victorian Amateur Football Association) is a very good competition, it might not suit the district clubs as well as it does the old schoolboys clubs,” says Almalfi.

This is not a unique situation faced solely by Banyule, as more than one in three Australians work on Saturday or Sunday.

While some people see weekend work as a chance to earn some extra cash, the incursion of paid employment into a time previously reserved for the pursuit of hobbies is tearing apart the core of clubs like Banyule.

One spot from securing the wooden spoon last year and no sign of a better season in 2014 caused a mass player exodus. 21 players quit, with almost half of those citing a preference to pick up extra shifts at their jobs than have Saturday dedicated to football.

Banyule Bears AFC opened their account on the weekend with a 3pt victory over Peninsula. Well done lads. #banyule pic.twitter.com/4YgJJtp1Fs

One of those players, Chris Taylor, said that a shoulder injury in round 6 of last season forced him to give up football and leave Banyule. The injury impacted not only his footy career but his day job as a personal trainer. He has since come out of retirement to ‘play for pay’ in a country team.

“It came down to a case of working on a Saturday, or playing for money versus playing with mates for nothing more than enjoyment. It made the decision to play for money really easy,” says Taylor.

“If I get injured, the money would cover any time off work.”

It is not the first time Taylor, who spent five senior seasons with Banyule as a junior, has decided to avoid the amateur club.

“After playing VFL footy, rather than going back to Banyule, I went back to (nearby club) Diamond Creek in the Northern Football League. That was purely a financial decision.”

For more than 30 years, the VAFA’s bans on player payments and alcohol serving before 5pm had not hindered the club’s viability. But Australian industry has come a long way since Banyule’s glory days in the early 1990s.

In 1993, just over one in nine worked on weekends. But as the service industry grew in the place of a diminishing manufacturing sector, the traditional times for work faded. Now, as data from the Australian Bureau of Statistics shows, more than one in three (34.9 per cent) of Australian workers are employed on weekends.

Club officials are optimistic that Tuesday’s vote to move to the NFL and abolish the club’s amateur status – thus allowing players to be remunerated – will pay off. Now with payment on offer, it is hoped former players will abandon Saturday work in favour of pulling on the Bears jumper.

In country Victoria, the story of VFL club Bendigo Gold, heralds a similar theme. Winless for two years in the state’s highest league, the choice was made in June to fold.

While Bendigo Gold pays its players, scarce community support affected club fundraising. Its competitiveness nosedived, as it struggled to match the spending of successful clubs like Port Melbourne and Footscray.

Change came in 2012 as AFL club Essendon pulled out of its alignment with the then Bendigo Bombers – allowing a name change. Gold was chosen, although a far less valuable metal, aluminium, would have better indicated the club’s future success.

Without a legion of regular fans, the club has struggled to attract the sponsorship dollars. As such, the best local players have instead chosen to pursue big money at other country league clubs.

Just because football fans are missing out on weekend football, does not mean they are not discovering new ways to play the sport.

AFL 9s is Australian Rules’ answer to touch rugby and was primarily developed to help the game’s push in the northern states. This project is just part of a wider change in approach to sport in Australia.

It seems an adapted version of the game or fighting back with player payments may be the only way for local footy to survive, as more and more continue to choose penalty rates over pulling on a guernsey.

Luke Costin is a third-year Bachelor of Journalism student at La Trobe University. You can follow him on Twitter:@LukeCostin