After a year away from competition, local football is back and bigger than ever. 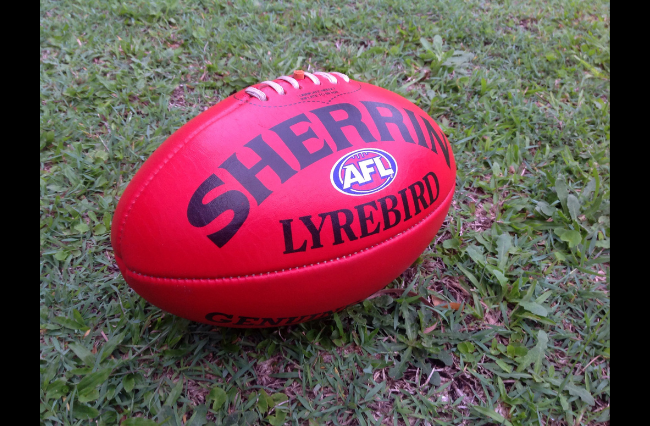 With 800 players set to put on the gold and blue for the Strathmore Football Club in 2021—more than ever before,—it’s a sign that local football competitions are roaring back to life.

The final siren sounded on many local sporting competitions on 7 July 2020 after Victorian Premier Daniel Andrews announced that Melbourne would be placed into lockdown for the second time due to a rising number of COVID-19 cases.

For many clubs this meant that 2020 was a year like no other, with whistles packed away and the sidelines remaining silent.

Nine months on, these football leagues are kicking off their 2021 seasons. One EDFL club that has returned to community sport is the Strathmore Football Club.

Strathmore’s Premier Division team began their season against Keilor on 2 April. Speaking ahead of the club’s return, club president John Elliott tells upstart that the club is very excited for a return to competition.

“We’re just wanting to get the first game under the belt,” he says.

“We just want to get over the first game so once we start then I think there’ll be no problems and I don’t think we’ll stop even if there is a COVID [outbreak].”

Despite the cancellation of last year’s season, Elliott says that the lack of sport did not affect the club financially.

“We still had a raffle and some sponsorship money come in, so we were fine, and we refunded everyone’s registration that we had or they rolled it over to this year, so no one was out of pocket,” he says.

“It didn’t actually affect the club, it affected the kids, the players.”

The club has seen an increase in registrations ahead of the 2021 season.

“We’ve got more players than ever because they’ve missed a year of football. So, in one way we’ve come back bigger and better and stronger.”

The Strathmore football, cricket and netball clubs are organisations that Elliott believes to be incredibly important to the local community.

“We serve probably about 1,200 to 1,400 participants over the three clubs, so it is a massive community hub,” he says.

Spectators will also be allowed to attend community football matches, following the return of crowds to AFL matches.

In March, the Victorian Government adjusted its COVID-19 Public Events Framework, to allow local football clubs to have crowds of up to 5,000 without having to seek formal approval.

While the pandemic has provided many challenges for administrators of community sporting clubs and leagues, it also stripped participants of the opportunity to play the sports that they love. Ibrahim Taha plays for fellow EDFL club West Coburg and was disappointed over the cancellation of last year’s season.

“When I found out the 2020 season was not going to go ahead, I was shattered,” he tells upstart.

“We had already begun preseason training and played a practice match, that season I was going to make my seniors debut but COVID got in the way.”

Sporting clubs can create a sense of belonging within a community. Taha believes that West Coburg is great club to be involved with.

“Being a part of West Coburg means a lot to me. I’ve been here for five years and I’ve loved every minute of it, the culture is amazing.”

Aside from Victoria’s five-day circuit-breaker lockdown in February, local football clubs have been able to complete a largely uninterrupted pre-season. Taha describes the atmosphere at the club’s first training session back since community sport’s return as unexplainable.

“Everyone had a smile on their face and we were just happy to be back,” he says.

“The 2021 season feels extra special because I’ve realised how much I miss playing footy.”

According to a 2020 survey by Sport Australia, physical health or fitness is the top motivator for Australians to participate in sport or physical activity. Staying active is one of the reasons why Taha says that community sport is so important to him.

“Being able to participate in community sport is really important to me because I’ve played footy since I was seven, I have not gone a year without playing.”

Despite the challenges of the past year, community sport is hoping to thrive once again in 2021.

Photo: Sherrin Lyrebird Full Size ball, taken 2014.jpg by Joshua Ryan available HERE and used under a Creative Commons Attribution. The image has not been modified.