In an era where anyone can produce content and call it news, being a news consumer and an aspiring journalist can be a disheartening experience, writes Caitlin Stephens. 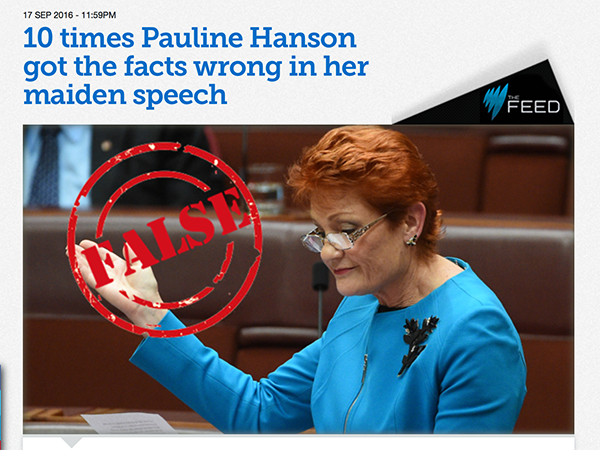 As journalism students, we are taught about the importance of rigorous research and verification. But, despite the good work done everyday by good journalists around the world, the volume of misinformation circulated online has reached a crisis point.

A 2014 report by the World Economic Forum, the foremost non-profit organisation committed to improving global conditions, ranked the ‘rapid spread of misinformation online’ as number 10 on its list of important social trends with the potential to pose worldwide challenges.

The same report from the previous year linked the spread of digital misinformation to the rise of religious fanaticism, terrorism and other potentially catastrophic global events.

While misinformation may have been circulated through news in the past, it has never had a better vehicle than the web and social media.

According to the Reuters/University of Canberra Digital News Report 2015, social media was the most-accessed source of news for over half (50.8%) of its survey respondents, with Facebook the leading social media news source.

Social media, and the almost infinite information available on the internet, means that people are increasingly in charge of curating their own news consumption experience.

Misinformation takes many forms on the internet, from the relative banality of TMZ-types printing unverified gossip, to the fairly scary world of alt-news conspiracy theorists.

Even people who consume mostly mainstream news sources express distrust in the news media as a whole.

Traditional, good quality journalism is built on verification, but news created by non-mainstream producers may have no such checks and balances in place to ensure the veracity of the content.

There are virtually no barriers to entry for creating digital content, and many non-professional news websites look so polished that they may be taken as legitimate.

If the reader is not careful, an article written by a trained journalist and fact-checked by an editorial team might be given equal weight as a piece written by a basement blogger or highly biased and niche news organisation.

In 2015, a misleading news article was published on pro-life website LifeNews. It is the fourth result for the search ‘euthanasia, babies’ on Google, and has been shared 8,000 times on Facebook despite the claim being debunked.

The proliferation of incorrect or misleading information among like-minded communities can lead to a stark divide between people of different politics. Tribes emerge, and people are unlikely to take outside information as having any kind of legitimacy.

The psychological principal of confirmation bias tells us that people tend to seek out, and more readily accept, information that aligns with their own beliefs.

Some readers believe what they want to, even when good journalists from reputable news sources present overwhelming evidence to the contrary. Attempts to correct false information are often met with indifference, scorn and accusations of inherent bias. 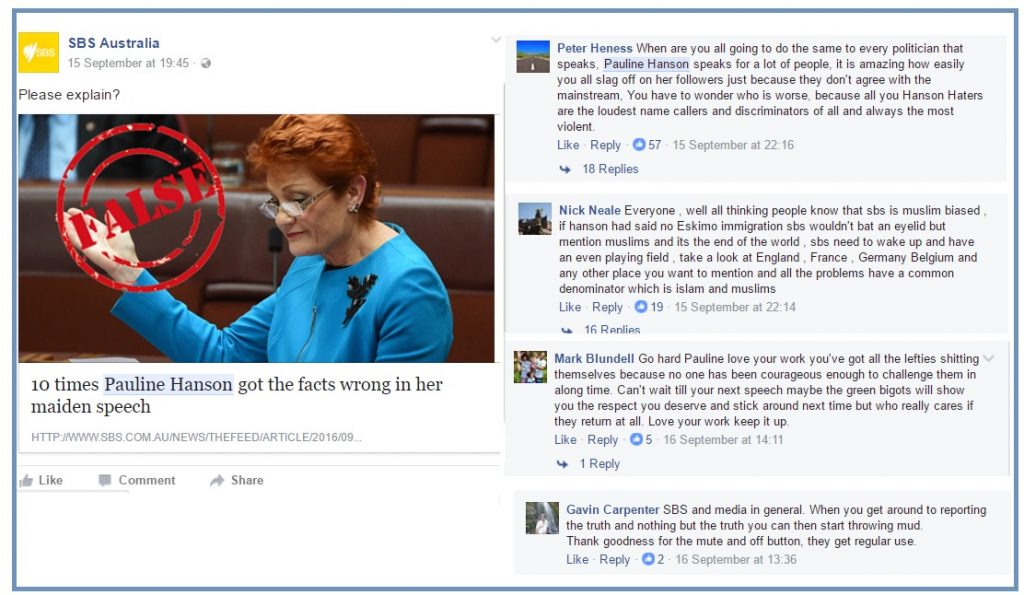 Combating false information seems like it may be a losing battle. In December 2015, Washington Post’s fact-check column What Was Fake on the Internet This Week shut down after 82 weeks because the scale of internet misinformation had gotten such that columnist Caitlin Dewey said, ‘it started to feel a little pointless’.

There is nothing wrong with creating good work for a small audience of likeminded people. As 21st century journalists, we have to adjust to the reality of a diffuse audience, many of whom may not care about journalistic rigour. This may mean creating click-baity content while trying to maintain journalistic integrity.

Personally, the idea of creating news for a digital audience has started to feel like I would be shouting into a void. I’m much more interested in using my writing in a more targeted way, to write communications for organisations I care about.

You might decide to battle it out in a news room, and to get good information to the masses who still read news. It’s a tough job but, even in the current environment, someone really does have to do it.