Amid historic inflation rates, people are having to choose between buying fewer or cheaper foods. 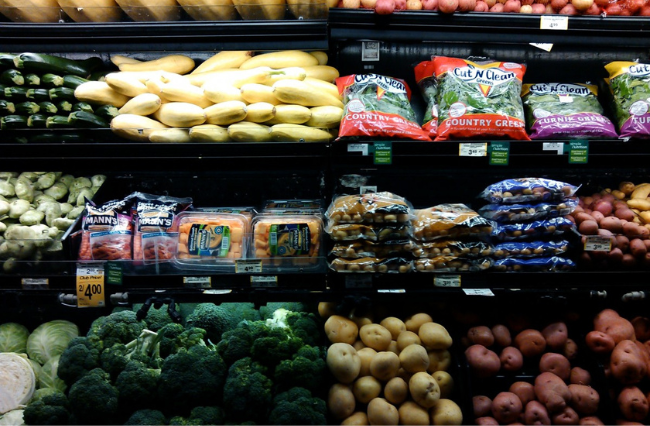 One whole lettuce costs at least $4. Ginger is a whopping $55 per kg. Fresh tomatoes are priced at at least $1.30 each. The nation is currently seeing one of the worst inflation rates in history, and Australians are being forced to find cheaper alternatives when grocery shopping.

Food insecurity has often gone unnoticeable in Australia since it was never deemed a national crisis. However, the pandemic caused more than 38 percent of Australians to experience food insecurity for the first time. In 2021, one in six adults did not have enough to eat, and 1.2 million children have gone hungry in just the last year alone, according to a Food Bank Australia report.

Now, the combined conditions created by the pandemic, climate change and the Russia-Ukraine war have seen increased fuel prices, higher cost of living, and inflation in grocery costs.

“A large part of [our global agri-food systems] is an industrial system, where we have become very dependent on external chemical inputs,” she tells upstart.

One example of this effect is how Australia is one of many countries that rely on international trade of a chemical fertiliser known as urea, which is predominantly used for fertilising crops during winter. As urea is made in Belarus, a country near the war region of the ongoing Russia-Ukraine battle, this has caused constraints to the food supply chain. Hence, the shortage of fruits and vegetables is seen in the aisles of your grocery store.

Meanwhile, inflation is not just causing Australians to look for cheaper alternatives, according to reports from large supermarkets like Coles, but also to buy fewer products, meaning suppliers continue to request for price increase in food items.

With these trade and fuel issues, and inflation predicted to get worse this year, food costs will be an ongoing issue. For some households, buying food to keep us healthy might just be a matter of coming up with some alternatives to meet their nutritional needs with less damage to their hip pocket.

But while some people still have a budget that allows them to figure out alternatives for their diet, a United Nations analysis shows this isn’t the case for some. In fact, a 10 percent increase in food prices will cause a five percent decrease in a poor family’s income, which is approximately equivalent to the amount those families spend on healthcare.

Thus, many vulnerable Australian communities may continue to face more severe food insecurity. So, how can they feed themselves if the food prices continue to increase and the incomes of poor families become more unsustainable?

Dietician and Founder of Nutritionally Balanced Reem Bashour says that you can balance up your diet with a mixture of different sorts of fruits and vegetables in canned or frozen forms.

“They last longer. They have the same nutritional value as the fresh ones,” she tells upstart.

“That is another option of kind of balancing your vegetable intake without breaking your budget.”

Another cheaper alternative could also be growing your own food in a sustainable way, known as permaculture, which is integrated with community gardening, as Dr Plahe says.

Community gardens are public spaces where people who don’t have the space or facilities at home, can grow vegetables. Community gardening brings people together from different culturally diverse backgrounds to grow fresh-produced food at a low cost.

“Communities are coming together; they’re building resilience,” she says.

It also allows you to connect with nature and your neighbours, as well as helping to enhance physical and mental health, a sort of a getaway activity from our urban lifestyle.

We could say the easiest choice for a healthy diet is a mix of fruits and vegetables, but it is not always as cost-effective as other groceries. Due to the high costs of fruit and vegetables, a study has found that many lower-income households will rely on cheaper foods such as white bread or sugary foods, where such lower-nutritional quality foods contribute to a poorer diet as compared to higher-income households.

The consumption of poor nutritional choices could develop health problems such as high blood pressure, obesity, or even heart disease. Poor diet contributes to 50 percent of coronary heart disease burden and 26 percent of bowel cancer, which means it contributed to the negative impact of living with such health issues, according to Australia’s Institute of Health and Welfare’s 2021 report.

But not every Australian can grow their own crops or eat healthily, and grocery stores will require you to pay for your food. Dr Plahe says that neo-liberalism gave the food supply market the opportunity to target their products to those who can pay for it.

Unlike other countries, dietician Bashour acknowledges that Australia is an “extremely lucky” country that has a variety of shops that can still provide the groceries we need.

“If broccoli is expensive, get some carrots, get some mushrooms. Get something else and mix up in that meal,” she says.

“It’s tough but it’s not impossible.”

Communities in Australia come together to build resilience, seen in free food provided to the homeless and donating groceries although in a very small way as how Dr Plahe sees it.

“But remember, ants are small, but if we have very many ants, it can bring a house down.”

Article | Grace Loke Tze Tan is a second year Bachelor of Arts (Linguistics and Chinese Studies) student at La Trobe University. You can follow her on Twitter @grace_tze